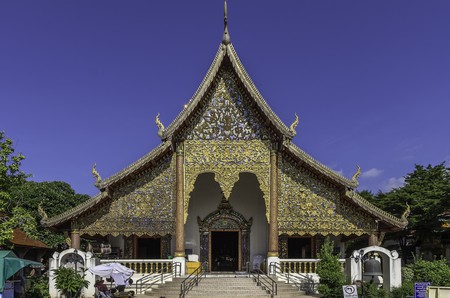 Chiang Mai is home to over 300 temples (wats), all of which are distinctly unique and beautiful. Wat Chiang Man is Chiang Mai’s oldest temple and is well worth a visit. Read on to find out why!

Wat Chiang Man, which is also sometimes written as Wat Chiang Mun, is located inside the old city of Chiang Mai. The Buddhist temple dates back to the 13th century and is where King Mengrai lived during the time Chiang Mai was built in the 14th century. Exploring Wat Chiang Man’s many attractions can easily take a few hours and is a brilliant way to not only gain a unique insight into the city’s very first temple but also the culture and history of Buddhism and Chiang Mai. Travel back in time as you wander around the meditation halls, golden stupas and stunning grounds. 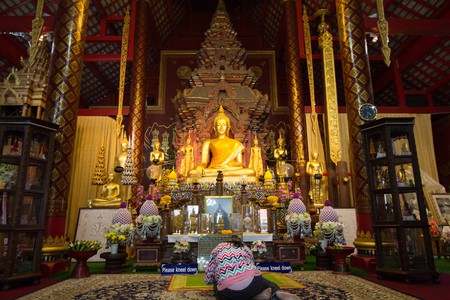 Of particular interest are the sacred marble Phra Sila and the crystal Phra Satang Man Buddha statues in the smaller meditation halls. The Phra Sila depicts a standing Buddha taming an elephant in bas-relief. The date and origins of the statue are a little unclear with some believing its origins are from India whilst others believing the stone statue came from Ceylon (Sri Lanka). The Phra Sila is from either the 8th or the 10th centuries and is revered for its rain-giving powers. Each year Thailand celebrates the Songkran Festival, or water festival, which marks the turn from the hot dry season to the rainy season in which Phra Sila plays a vital role. The 10-centimeter quartz crystal Phra Satang Man Buddha is believed to have been made around 200 CE for King Ramraj and was transferred in 1296 to Chiang Mai by King Mangrai. Phra Satang Man is revered for its power to protect against disasters. Today the statue has a gold-covered wooden base and canopy which were later additions. 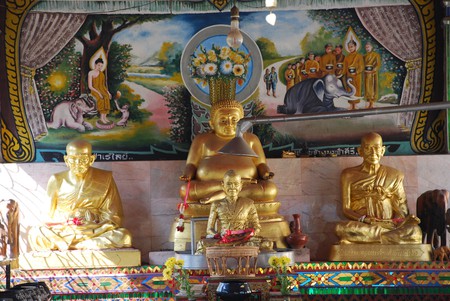 Find your inner calm as you explore the peaceful temple grounds which include the Chedi Chang Lom surrounded by stone elephants. Most temples in Chiang Mai do not have lotus ponds with Wat Chiang Man and Wat Phra Singh being the exceptions.

Once you have explored Wat Chang Man it is only a short walking distance to explore Wat Phra Singh, the Three Kings Monument and the Chiang Mai City Arts & Cultural Centre. There are also numerous cafes in the surrounding area to stop for a refreshing fruit smoothie or fresh coconut. 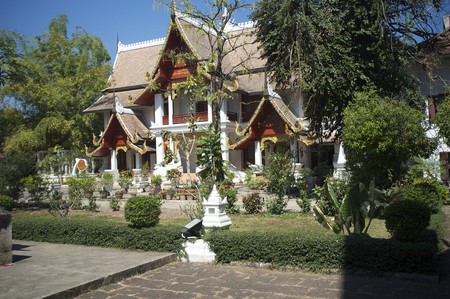