Visit These Famous Bridges During Your Trip to Thailand 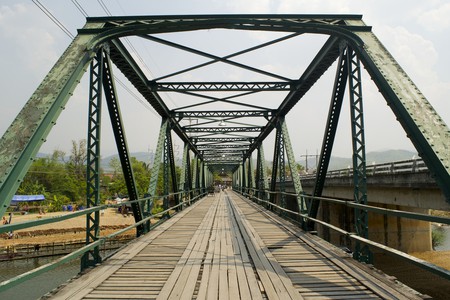 Thailand, as one of the most popular tourist destinations in the world, often bridges the gap between Westerners and the rest of Southeast Asia. In addition to uniting these differing and unique cultures, the country is home to a number of structures, bringing everything from countries to BTS Skytrain Stations together as one. Here are the famous bridges in Thailand you should visit.

Bridge over the River Kwai

At first glance, the bridge over the River Kwai looks like your average, overcrowded attraction. Lingering tourists twist and turn in hopes of achieving the perfect selfie before having to dart out of the way of an oncoming train. Delve a bit deeper into this bridge’s past, however, and find that it is rich with history, as morbid as it may be. In 1942, the Japanese decided to build a railway running from Thailand to Burma (Myanmar). This railway was known as both the Thai-Burma Railway and the Death Railway. The tracks would cut through the dense jungles in Thailand, and while the job should have taken about five years, the Japanese High Command decided that five years was not fast enough. Prisoners of war and Asian laborers were brought in to finish the impossible task, which ended up taking only 16 months. The bridge over the Kwai Yai River was the first one built by POWs, and approximately 12,000 POWs and 90,000 laborers died during the construction of this railway. The bridge and the railway on it are still in use today. 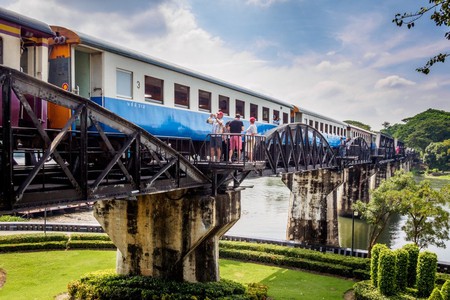 The Bridge on the River Kwai | © Maxim B. / Flickr

Towering over the mighty Mekong River in northeastern Thailand is the First Thai-Laos Friendship Bridge. As its name suggests, the bridge connects Thailand and Laos with its 1,170-meter-long (3,838.5 feet) structure and is one of two major bridges connecting these Southeast Asian countries. The other bridge is the Second Thai-Laos Friendship Bridge. The first one opened on April 8, 1994, and the second one opened in January 2007. 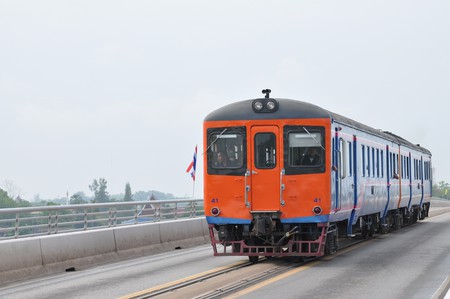 The Rama VIII Bridge has become a landmark of sorts. It is visible from many of the noteworthy sky bars in Bangkok, and visitors often get a glimpse of the faraway reflection of the bridge on the Chao Phraya River. Those who can visit the bridge should, as it is an incredible structure when seen up close and personal (there is no footpath, however). Completed in 2002, the Rama VIII Bridge is a massive 475 meters (1,437 feet) in length, and it is one of the largest asymmetric cable-stayed bridges in the world. It is best viewed at sunset or in the evening when the structure simply glows off the river. 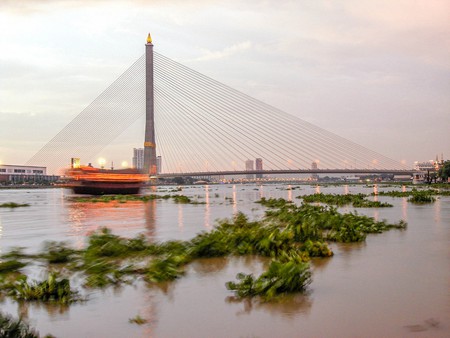 Pai is a quaint city located in northern Thailand. Many backpackers flock to this destination to trek, enjoy its vibrant nightlife, or simply chill at one of the many sleepy hostels found around town. Though the Memorial Bridge of Pai is not the most visited attraction in town, it is certainly the most historic one. Otherwise known as the Pai World War II Memorial Bridge, it was built to service Japanese soldiers during this time; they were transporting weapons into Myanmar. It was built in 1942, like the Bridge over the River Kwai. 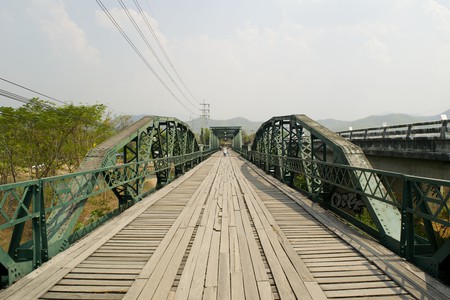 When it comes to bridges, size matters. Coming in at the longest bridge, not only in Thailand but also the world, is the Bang Na Expressway. It is also known as the Burapha Withi Expressway and is a whopping 54 kilometers long (over 33 miles). Estimated to have cost $1 billion to construct when all was said and done, it consists of six lanes. Unlike most bridges, the Bang Na Expressway stands over a highway as opposed to a body of water. While some may consider it aesthetically pleasing, its main purpose was to improve transportation services around the city. Luckily for Bangkokians, it was (and still is) a success. 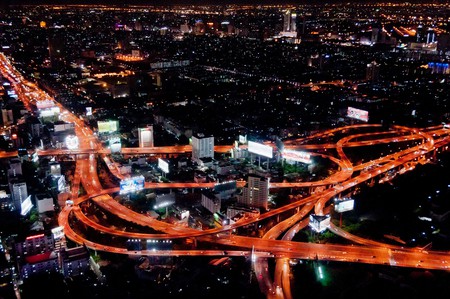 Beach-thirsty tourists may neglect to admire their surroundings as they make their way to the island of Phuket. Those coming by vehicle, however, should take a moment to admire the stunning bridge they must first cross to reach their island destination. The Sarasin Bridge connects Phuket to the Phang Nga Province on the mainland. Back in the day, before the bridge’s completion in 1967, visitors could only take a ferry to this tourist hot spot. In 2011, a second bridge was constructed to accommodate all the tourists coming to the island. However, the Sarasin Bridge, with tile-covered walkways and picturesque views of the water, remains a popular spot to visit in the south. 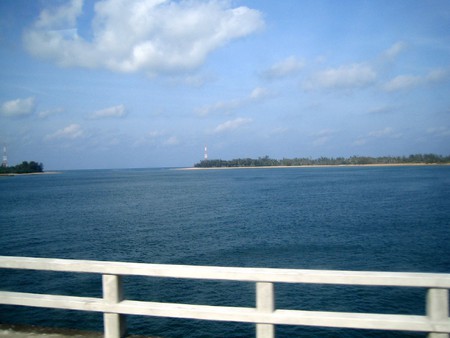 The BTS Skytrain is nothing short of mundane. Sure, it is very convenient and makes travel quick and easy, but it certainly does not wow passengers with any stellar designs or impeccable construction. One Skytrain station, however, is the most impressive of them all: Chong Nonsi. Located in the Central Business District, which is normally bustling with busy, working Thais and expats, modern, high-rise office buildings surround the station, and it is cleaner than other stations around the capital. What makes it stand out, however, is the pedestrian bridge that connects the Chong Nonsi BTS with the Chong Nonsi BRT. It is one of the most photographed locations in the city by amateurs and professionals alike. It stands at about 30 meters (98.4 feet) tall and 20 meters (65.6 feet) wide, and it is especially stunning when lit up after dark. 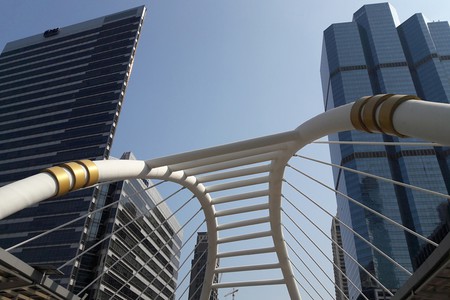