Top 10 Things to See and Do in Singburi Province, Thailand 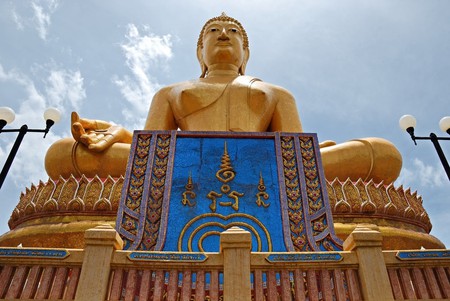 A fairly small province in Central Thailand, Singburi is a great place to immerse yourself in typical Thai life away from the hustle and bustle of Thailand’s more well-known tourist spots. Spend a few days exploring the area and add these top things to see and do to your travel list.

Located in Tha Chang district, Wat Pikunthong (sometimes also spelt as Wat Wikulthong) is a serene and attractive temple. A large golden Buddha statue can be seen from afar, with glittering rooftops and pretty buildings coming into view as you get closer to the temple. With rarely more than a handful of visitors at any given time, the atmosphere is one of peace and contemplation. You can climb the steps to the seated statue to admire the views of the temple grounds and surrounding buildings and fields. Underneath the statue there are pictures depicting Buddhist heaven and hell. The square courtyard is surrounded by smaller statues of the Lord Buddha and there are beautifully manicured plants and trees as well as colourful and whimsical statues of animals and people. 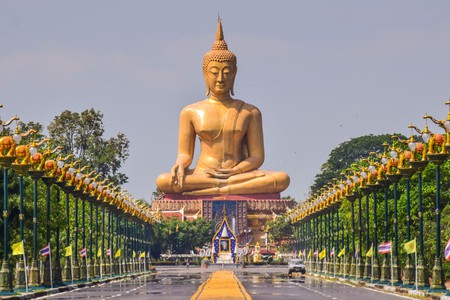 Paying homage to a brave band of men who valiantly tried to defend their village from Burmese invasions, the Bang Rachan Heroes Monument is a gleaming statue of the determined leaders. Although the village eventually fell, the tenacity, courage, and spirit of the heroes inspires much local pride. The surrounding park has shrines dedicated to each of the heroes, and you can learn more about the area’s past at the onsite museum. There are some ancient ruins and an old well too. 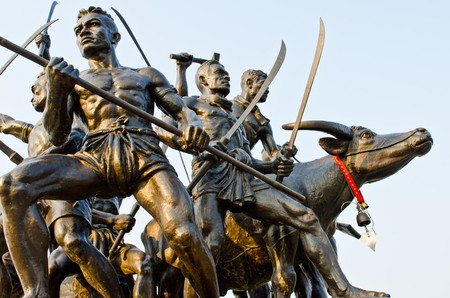 Sink your teeth into a local dish at Baan Suan restaurant

A lovely open-air restaurant in Bang Rachan district, Baan Suan specialises in the local Mae La fish. The menu also has a variety of Thai dishes and popular bar snacks like fried cashew nuts, shellfish, and spicy salads. The restaurant is raised above the surrounding rice fields on stilts, and the different seating areas provide pleasant views over the rolling greens and small river. Several rustic swings hang invitingly throughout the restaurant and there are karaoke rooms for various group sizes.

The province, known for its fish, holds a large fish festival every December, with festivities lasting for several days. As well as being able to buy plenty of freshly made fish dishes, as well as lots of other Thai meals, visitors can join in with a variety of games and competitions too. There are also diverse cultural performances, including dance shows, shadow puppetry, and music. 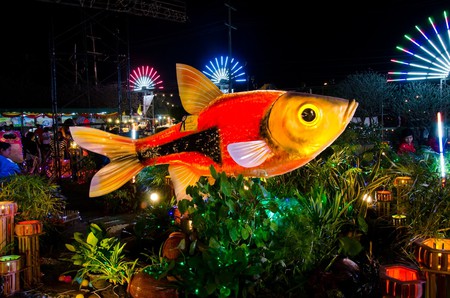 Step back in time at the Mae Nam Noi Kilns

Once upon a time, the area alongside Singburi’s Mae Nam Noi River was a thriving centre of pottery production. The rich clay and clean waters were ideal for making pots and urns in various sizes and hundreds of kilns once sat next to the river. Today a few ruined kilns remain, offering a snapshot into the past. A small museum provides information about the industry and displays several archeological finds.

Wat Phra Non Jaksi is one of Singburi’s most famous temples. A standing Buddha image is located close to the main road, in front of a pond and surrounded by colourful prayer flags. Inside the main temple building is a large reclining Buddha statue along with a number of other Buddha statues and figures from animist beliefs. Large statues of famous local monks stand just outside the main door, in a covered area. The temple also houses a collection of antiques, including old bank notes and pottery. 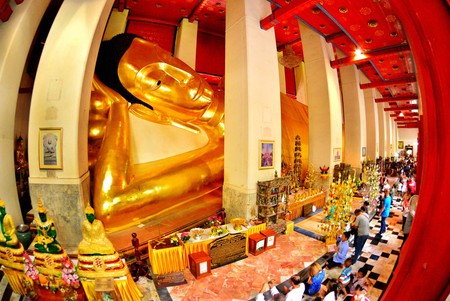 Wat Sai is a small ruined temple next to the river in Inburi. It is one of the country’s “Unseen Thailand” attractions. Atmospheric and picturesque, tree roots and branches have taken over, creeping up the walls both inside and out, pushing up through the floor, and providing plenty of shade for the now-roofless interior. A golden Buddha statue sits serenely on a platform, with candles, incense, and flowers left as offerings. 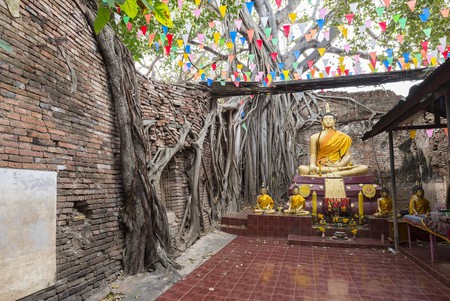 Situated in Prom Buri, Wat Amphawan is well known for its meditation teachings. The ancient temple can trace its heritage back to the Ayutthaya era, and it was originally established by Chinese traders. The abbot (head monk), Luang Pho Charan Thitathammo is highly revered for his knowledge of the Dharma (teachings of the Lord Buddha). The temple provides food, prepared onsite, for visitors and the surrounding community.

Singburi is one of several Thai provinces to hold long-boat races each year. The provincial races are part of the Princes’s Cup Championship. The races are usually held at the end of the rainy season, often falling in October or November. Teams can be seen practicing along the river for weeks before the official races, trying to improve their timings and techniques. Race days are energetic, with many people turning out to watch the competitions and cheer from the river banks. There are many food and entertainment stalls, as well as carnival-like competitions like darts, throwing balls to knock bottles over, hoop toss, and shooting. 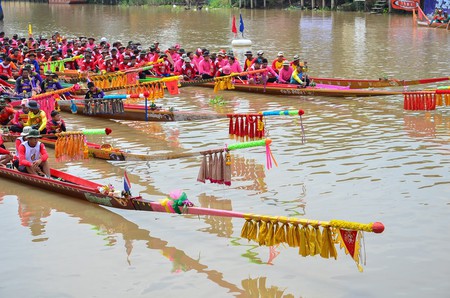 The Erawan Thewalai Shrine can be found in Singburi’s district of Promburi. The shrine is dedicated to Phra Prom, the Thai interpretation of Brahma, a Hindu deity who is thought to bring good luck. Indeed, the district is named after the god. Phra Prom has four faces to indicate wisdom coming from all four directions. The large golden multi-limbed statue is impressive, sitting in an elevated position on a blue podium within an ornate pagoda and often surrounded by flower garlands and other gifts left by devotees. 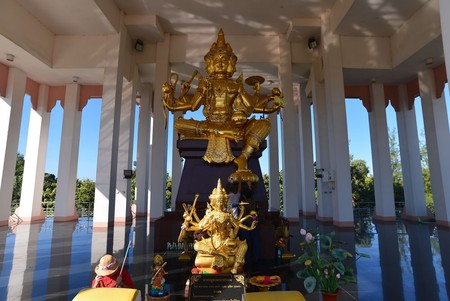