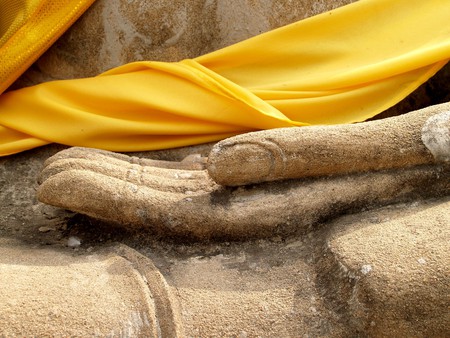 The thousands of temples across Thailand are all special in their own ways. One Buddhist temple is making waves not for its architecture or its décor but for an entirely different feature: its world-famous drug rehabilitation program.

In the province of Saraburi, 87 miles outside of Bangkok, is the temple of Wat Thamkrabok. This Buddhist temple, built by the approximately 100 monks and 15 nuns that reside here, is also the home of a drug rehabilitation center that helps addicts detox and (hopefully) leave the temple with no intention of relapsing.

Patients come for a week-long course that requires participants to stay for the entirety of the program. Upon arrival, patients partake in a ceremony known as Sajja, in which they vow to never again use addictive substances again for the rest of their lives. The first five days are the most difficult, and patients purge their bodies of any toxins with herbal medicine in liquid form (taken once daily) and in pill form (taken twice daily as needed). This, in combination with a daily steam bath, is supposed to further cleanse patients of whatever harmful substances they have in their bodies. 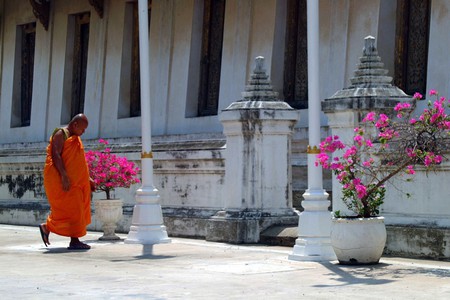 The entirety of the program is spent in the detox center on the grounds of the temple, and those who require a longer stay can request to remain in the center for up to 15 days. During this time, they are supervised by the monks and nuns that reside here. Contact with the outside world is regulated but allowed, and participants can make phone calls and e-mails after the first five days of their rehabilitation. The program is free, but patients are required to pay ฿200 (approximately $5.80/£4.50) a day for meals. After completing the program, participants are never allowed to re-enter the program, though they are free to return to meditate. 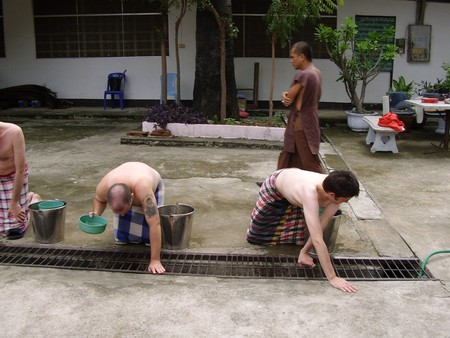 The temple was founded in 1957 and had attracted as many as 2,426 patients by 1959. Although there is controversy over the program’s effectiveness, the temple has seen a total of 110,312 patients from all over the world as of 2015.