The Top 5 Things To Do And See In Kanchanaburi, Thailand 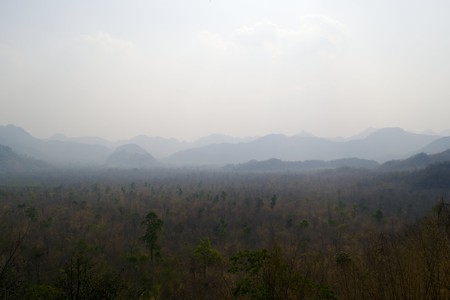 Rich history and striking nature come together as one in the city of Kanchanaburi. Just a few hours west of Bangkok, one can find themselves immersed into both the beautiful, natural landscape of some of Thailand’s most jaw-dropping waterfalls all the while learning about the city’s captivating and heartbreaking history. Check out the top five things to see and do in Kanchanaburi, Thailand.

About an hour outside the city, Erawan National Park is a waterfall oasis. With seven levels of waterfalls to explore, you can spend an entire day climbing from one awe-inspiring waterfall to the next, each one almost more breathtaking than the previous. There are also caves, hiking trails and emerald pools to explore along the way. 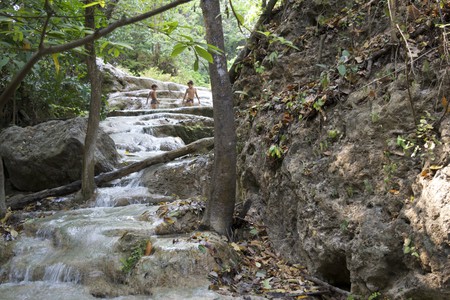 A railroad route carved to make way for the treacherous Thai-Burma railway is a constant reminder of the dark history Kanchanaburi has. The Hellfire Pass Memorial Museum is both a tribute to those who suffered building the railway as well a historic goldmine for all who visit it. Allied prisoners of war and hundreds of thousands of Asian workers were ordered to build a rail route to Myanmar by Japanese forces during the WWII. Its looming walls are scored with the hammer and drill marks of the prisoners forced to cut through the mountainous terrain. 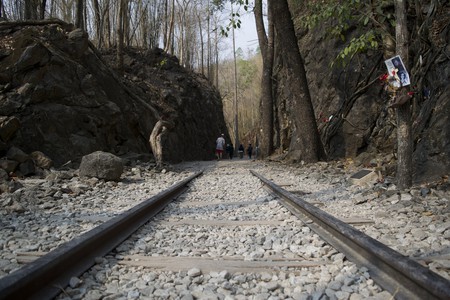 After seeing Hellfire Pass for yourself, head to the Death Railway Museum to further your knowledge on both the construction of the railway as well as the war itself. You can also explore the Kanchanaburi War Cemetery, or Don Rak, which is just across the way from the museum. Here is where thousands of victims of the Thai-Burma railway are remembered. 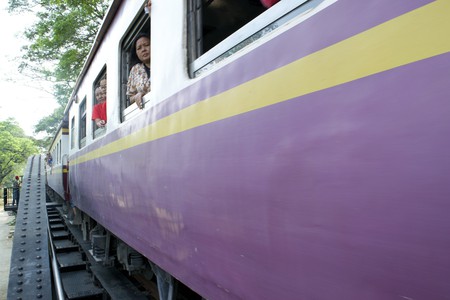 Train On Bridge Over The River Kwai/Courtesy of Kelly Iverson

Bridge Over The River Kwai

Built by the same prisoners who cut through Hellfire Pass, the bridge that crosses over the beautiful Kwai Yai River is yet another reminder of Kanchanaburi’s dark past. The bridge itself is a major tourist attraction and for good reason — the bridge, though built under terrible circumstances, is surprisingly beautiful, overlooking riverside restaurants and lush, green banks. 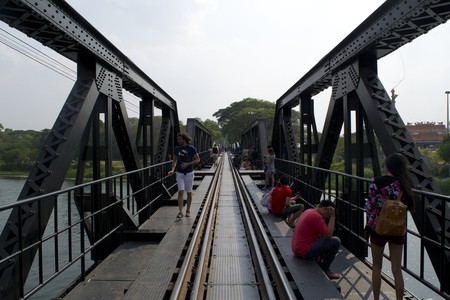 Bridge Over The River Kwai/Courtesy of Kelly Iverson

If you are not a history buff, be sure to visit the stunning Wat Tham Sua. About an hour outside of Kanchanaburi, this quiet, less visited temple is off of the usual tourist itinerary. This will be a refreshing change of pace, considering Thailand’s most notorious temples are usually packed with tourists. Be warned: the climb to the top of the temple is a long one, but the view waiting for you at the top is surely worth the workout. 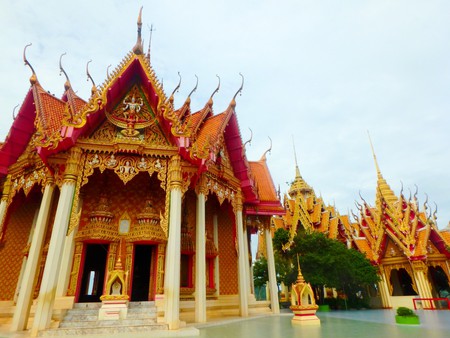 Wat Tham Sua Temple/Courtesy of Kelsey Madison
Give us feedback