The 5 Most Beautiful Cat Breeds From Thailand 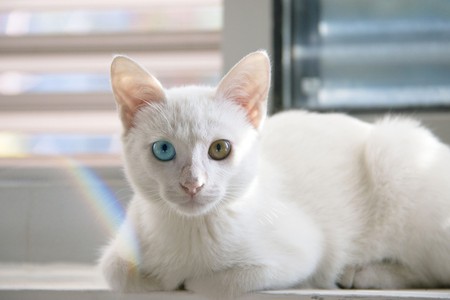 The Khao Manee cat is famous for its odd-coloured eyes, depicted in many paintings in some temples of Thailand. Its rare features were associated with good luck, and were originally kept and bred exclusively by royals in the Siamese Kingdom. | © MaxPixel

If you’re a cat lover visiting Thailand, you’re in luck (literally.) Thai culture has a traditionally entrenched respect for all-things-feline, with some Buddhists even believing that cats are holy creatures, claiming that the soul embodied in a cat is in its final state before reaching nirvana. Here are some of the most beautiful cat breeds from Thailand.

While accounts of Thais worshipping cats have largely been proven false, they do regard the country’s beautiful surviving varieties as a national treasure. According to sources like the Tamra Maew, a book of cat poems written by Buddhist monks more than 300 years ago, there were once 23 breeds native to Thailand, many of which were considered to bring good luck, and several others as bad omens. 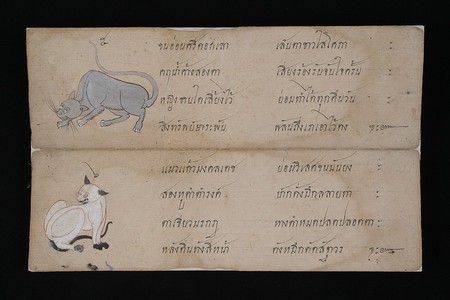 Thai cat in the Tamra Maew, a book of cat poems thought to originate from Buddhist monks in the Aytthaya Kingdomw (1351 to 1767) | © Cats of Thailand / WikiCommons

Since the reign of King Rama V, Thai cats have been popularized around the world, with many modern breeds tracing their genes back to Thai pedigree. While this crossbreeding and natural breeding has compromised the integrity of purebred populations, programs to preserve the five remaining original breeds — 18 are extinct — are on the rise in the kingdom. The rise of social media and the presence of a national cat registry has helped reignite this lost national interest in these once revered breeds. 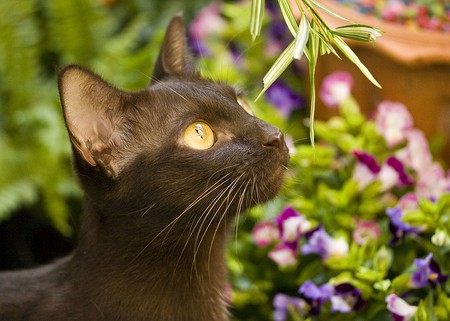 Thai legend states that the King of Burma ordered all cats matching the Suphalak's description be brought back to Burma, after learning the cat was as rare and valuable as gold | © Maewboran / WikiCommons

Also known as Thong Daeng or Burmese cat, this natural breed first appeared in the Tamra Maew; the breed was described as rare and magnificent, compared to the the rarity and value of gold, insinuating whoever owns this cat will become rich. Legend has it that when the king of Burma read about the Suphalak cat after the close of the Burmese-Siamese War, he ordered his men to bring all of the cats matching the description to Burma, a fabled tale used facetiously today to explain the cat’s rarity.

It’s believed that all Suphalak cats today are descendants from one female called Wong Mau, brought from Burma to America in 1930. Today, its distinctive rusty colouring is nearly extinct in Thailand, with Thai breeders working in concert with universities to use DNA-driven selective breeding to resurrect the original breed. 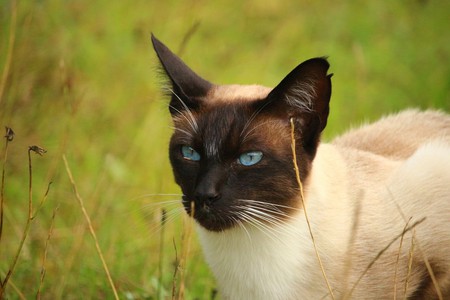 The true modern Siamese cat is a descendant of the native pointed cat, traditionally with rounder eyes, face and body compared to "new-style" breeds popularized around the world | © Pxhere

More commonly known as Siamese cats, this breed appeared in Tamra Maew, described as a pale cat with a dark facial mask, feet, ears and tail. This cat was originally bred in Buddhist temples with some sources claiming it was worshipped, though this history of cat worship in Thailand is contested today. Famous for its dog-like affection, Wichien Maat cats were once exclusively cared for by Thai royalty.

In modern history, the first Siamese cat to reach the United States was sent in 1878 to then President Rutherford B. Hayes as a gift for his wife, and since then, the Siamese cat has been a “foundation stock” of several other breeds popular around the world today. The true modern breed is highly intelligent and inquisitive, and is considered one of the original pedigreed cat breeds. 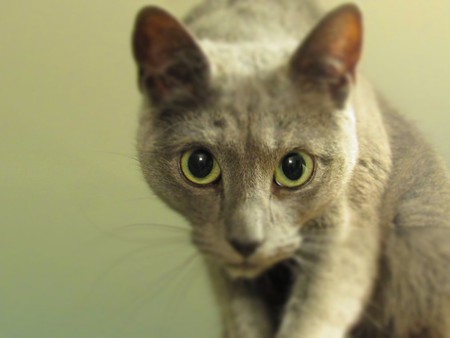 The Korat is known colloquially as the "good luck cat," and is one of the oldest stable cat breeds in the world | © Pxhere

This silver coated cat with prominently pointed ears and bright green eyes is thought to be a symbol of luck, fertility, and abundant harvest. For these reasons, the cat was never bought, but only presented as a gift in pairs — especially to newlyweds, for whom it served as a symbol of a long and fortunate marriage.

Today the breed is prized for its heightened senses of hearing, sight and sense of smell, as well as a rather bossy demeanor. In Northeast Thailand, purebreds are still included in part of a traditional rain-making ceremony as symbols of fruitful harvests.

The Khao Manee cat is famous for its odd-coloured eyes, depicted in many paintings in some temples of Thailand. Its rare features were associated with good luck, and were originally kept and bred exclusively by royals in the Siamese Kingdom. | © MaxPixel

Translated to “white gem”, this cat originated from a royal breeding program in Thailand. Also known as the Diamond Eye cat, it’s a rare breed that traditionally features odd-coloured eyes, which was seen as a symbol of good luck. It was strongly believed in the 19th century that any household possessing the cat would have a “long life and title”.

In the late 19th century, King Rama V launched a secret royal breeding program with nine Khao Manee cats, which stayed protected within the Royal Palace for generations. At the time, the penalty for stealing one of the royal cats was death. The cat’s first breeding outside of Thailand was in 1999, meaning that the Khao Manee was exclusive to Thailand for more than 650 years prior to this. 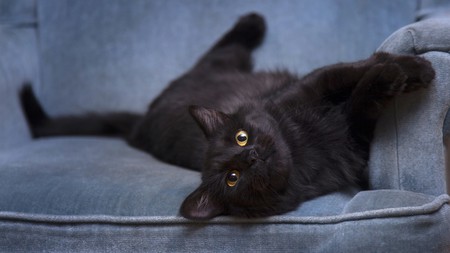 Konja cats were once compared to the Singha, or a mythological Thai lion | © Pxhere

The Tamra Maew compares the Konja cat to the Singha — a mythological Thai lion — due to the breed’s elegant walk similar to that of a lion. According to the text, the original Konja had a black tongue, eyes, teeth and claws, though experts today believe that this description could have been due to a medical condition or parasite. The original Konja also had a white stripe extending from under the chin and along the belly, while today, it is typically entirely black, often mistaken for a Bombay cat.

The golden-eyed Konja is still encountered at many temples, and it is still believed that feeding the cat will bring you good fortune.