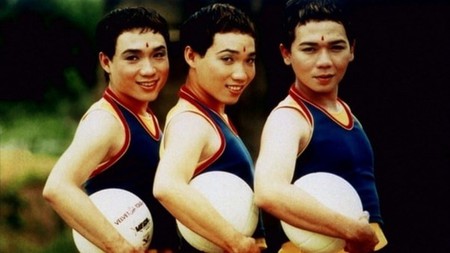 In 1996 Thailand watched as The Iron Ladies, a men’s volleyball team made up of gay and transgender athletes, shattered expectations and won the national championships. Since then their legacy has been immortalised in two feature films that question the country’s relationship with its LGBTQ community.

The 2001 film The Iron Ladies details the rise to stardom of Thailand’s first-ever LGBTQ volleyball team (of the same name), bringing audiences unmistakably Thai-comedy. Brace yourself for over-the-top antics, cheesy underdog cliffhangers and of course the character development of the team’s token heterosexual player, ultimately acknowledging his own ignorance and intolerance. But the storyline—at the time the second-highest grossing Thai film ever—succeeds in driving home its main message, one that is still hotly relevant today – that discrimination is still alive and well in even the most inclusive-looking societies.

Changes in public policy toward LGBTQ issues first manifested in Thailand in the 1990s, evolving generations of the country’s own brand of quasi-acceptance. Entrenched in Buddhist-driven norms, Thai society has long been tolerant of those identifying as LGBTQ, but a placated public sentiment doesn’t always mirror the liberal image framed by lawmakers and ambassadors promoting Thailand to the global community. Even as recently as 2002 the Ministry of Health’s official stance was that homosexuality was regarded as a mental illness or disorder.

As 2018’s pride month draws to a close, the story of these 1996 champion volleyball players—at the time considered the first film to portray gender diversity in a positive light—begs the question of how much things have actually changed in the lives of LGBTQ Thais more than two decades later.

The true story begins with volleyball players Mon and Jung, two natural talents who had consistently struggled with rejection from top teams because of their openly gay appearance. Then when a local team in the province of Lampang gets a new coach, she holds open try-outs that Mon and Jung each swiftly pass, prompting the existing team members to resign in protest.

Mon and Jung turn to enlist their university volleyball friends, including a gay army recruit and kathoey cabaret star, building a team that is entirely made up of LGBTQ members except for one – who in the film acts as the necessary dramatic foil to the narrative. Time and again the team’s efforts are snubbed by discrimination from officials, who swiftly change their tune once the Lampang team garners significant public praise and support. Ultimately, the team, picking up its Iron Ladies moniker, goes on to win the Thai national men’s championship. 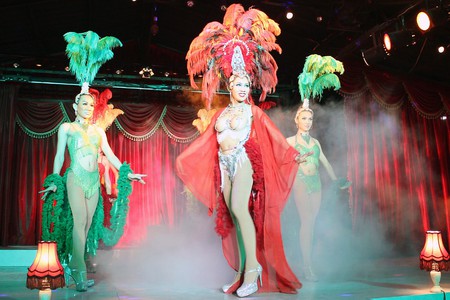 Transgender people in Thai - often dubbed "ladyboys" or "kathoey" - have earned a longstanding berth within Thailand's entertainment circuit. Their acceptance into other aspects of society, however, has been limited both culturally and legally. | © Per Meistrup / WikiCommons

While public amusement in part facilitated the ladies run to the national gold, it wasn’t enough to overcome obstacles keeping the LGBTQ players from representing Thailand on the global stage. Just two weeks after stunning the nation with their winning combination of grace, poise, and raw talent, the volleyball stars were turned down from joining the national team because of their “cosmetics and women’s clothes.”

In a 1996 interview to The Washington Post, one of the real-life team members, Pitsanu Pleankum, explained the difficult cultural crosshairs his team’s success had bred.

“We have to admit that we want to be beautiful, wear makeup, long hair,” Pitsanu Pleankum said. “So we know and accept that we cannot be in the national team and have to think about our country’s reputation.”

Academics studying Thai culture’s tendency toward harmony and tolerance have echoed this acknowledgement and its limits toward real progress, highlighting that Thais, in general, avoid conflict whenever possible.

“We don’t want to cause a problem for society,” Pitsanu had said, demonstrating this engrained belief.

The aftermath of The Iron Ladies’ success also revealed the latent misinterpretations of LGBTQ society in turn-of-the-century Thailand. One official, in speaking to the Associated Press following the ladies’ victory in 1996, embodied the culture of discrimination at the time.

“I’ve heard them gossiping on the bench about how many men they get after a competition,” the official told the Associated Press. “If we let them join the team, what will happen to our real men players, who are still young and impressionable?”

In spite of The Iron Ladies’ success and struggles, the very public story—and its later sensation as a pop culture classic—demonstrates the changing environment in Thailand in its attitude toward its openly LGBTQ citizens. Though promoting its image as a gay-friendly destination for tourism for decades, the country’s treatment of its own population has been varied over the years.

Here is a timeline of the history of LGBT rights in Thailand:

1956 – private acts of homosexuality were decriminalized in Thailand.

2002 – homosexuality is declassified as an illness.

2007 – Thai definition of sexual assault or rape includes both women and men.

2013 – a Bangkok Post editorial titled “Katoey face closed doors” reported that “we don’t find transgenders as high-ranking officials, doctors, lawyers, scientists, or teachers in state-run schools and colleges. Nor as executives in the corporate world. In short, the doors of government agencies and large corporations are still closed to transgender women.”

2014 – a publicized scandal concerning textbook descriptions of transgender people suffering from “gender confusion” got the attention of the Ministry of Education.

2015 – Anti-discrimination laws regarding employment, provision of goods and services, and hate speech are passed.

2017 – the director-general of the Rights and Protection Department at the Thai Justice Ministry announced he had received a petition that aimed to pass the previously introduced civil partnership bill and “would do all he could to get it passed as soon as possible.”

2018 – law allowing registered life partnership for same-sex couples is making its way through the Thai government, a first step towards legal same-sex marriage. The proposed partnership law has been deemed a compromise among older, conservative lawmakers and the country’s younger, more liberal generation calling for equal rights. 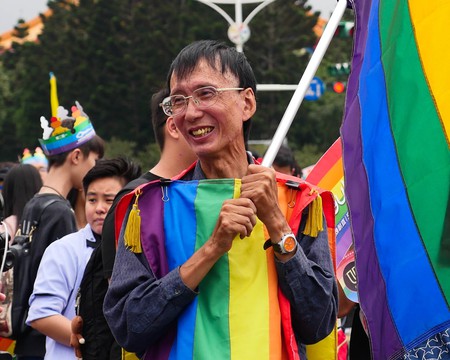 Thailand's tolerance of its own LGBTQ community is regionally progressive, yet still lags behind places like Taiwan, which is the only place in Asia where there are anti-discrimination laws on the basis of sexual orientation. In May 2017, the Constitutional Court in Taiwan ruled that current marriage laws are unconstitutional and awarded the Parliament two years to amend or enact laws legally recognizing same-sex marriage. If it fails to do so within this allotted timeframe, gay marriage will automatically become legal. | © Kokuyo / WikiCommons

Today, while LGBTQ Thais are often darlings of the media and entertainment industries, the community still faces considerable struggles against its national culture. The state of LGBTQ rights in Thailand continues to exist in a landscape crafted by many limitations:

– No anti-discrimination laws in education
– No ban to “conversion therapy” for minors
– Transsexuality is still codified as an illness
– Citizens have no right to change their legal gender
– No recognition of same-sex couples or same-sex marriage
– Joint adoption, step-child adoption, and commercial surrogacy for LGBTQ couples is not legal (though lesbians have won access to IVF treatments)

The Iron Ladies franchise continues to have a cult-like following, releasing a prequel in 2003 and the next chapter of the team’s story in the 2014 Iron Ladies Roar.