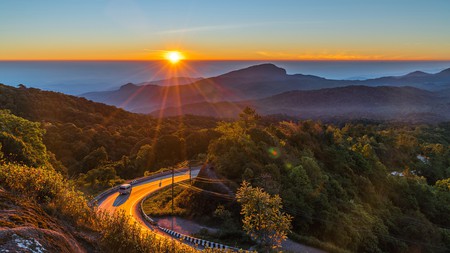 Though driving in Thailand can be difficult, the rewards are worth it | © EyeEm / Alamy Stock Photo

Driving in Thailand has its obstacles – not least that many drivers don’t stick to the rules of the road. However, the Land of Smiles is often best explored by car. So start your engines as we reveal the best road trips in Thailand. And remember, you’ll need your driving licence to rent a car here. 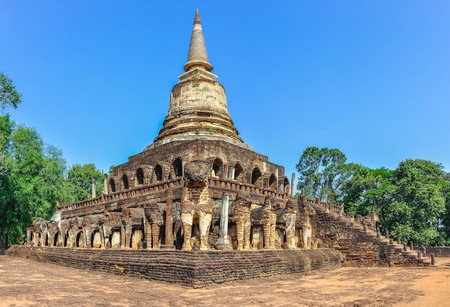 Bid farewell to the ancient city of Ayutthaya and take to the roads to reach the northern capital of Chiang Mai. The seven-hour journey is a relatively easy one, passing through national parks, including the Doi Khun Tan, Wiang Kosai and Si Satchanalai. 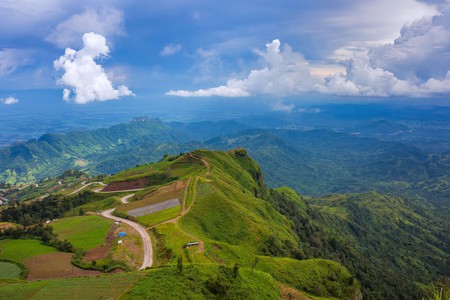 The five-hour drive from Bangkok to Phetchabun offers amazing countryside views. Leave the bustling capital behind with nothing but mountains, farms and a few petrol stations to see along the way. The journey is not a windy or steep one, so you don’t need to fear the treacherous stretches found elsewhere. Upon arrival, head to Wat Pha Sorn Kaew, a temple made almost entirely of colourful mosaic tiles. 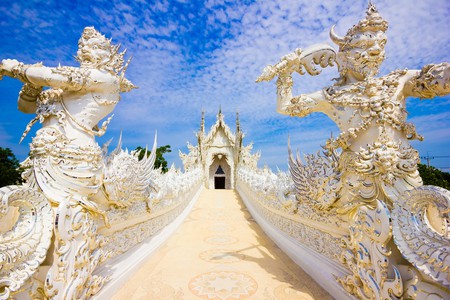 Hop in a rental and make the four-hour journey from Chiang Mai to Chiang Rai. The mountainous region in northern Thailand has a few noteworthy stops along the way, including hot springs where you can cook an egg in the boiling water. One of the most popular attractions in Chiang Rai is Wat Rong Khun, otherwise known as the White Temple. 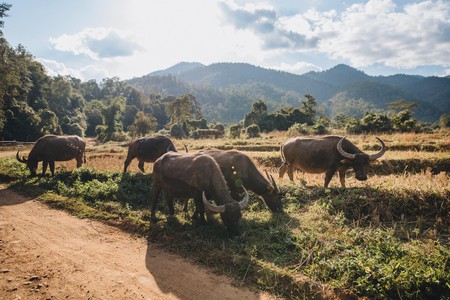 Watch out for wildlife if you take the rural roads near Pai | © LightField Studios Inc. / Alamy Stock Photo

This four-hour journey is one of the most treacherous, the road seemingly twists and turns throughout. Because of this, make the trip during the day and only if you are comfortable driving on hilly, narrow roads. At the end, however, awaits Pai, offering a laidback vibe, plenty of things to see and do and excellent restaurants.

You can visit both Chiang Mai and Pai as part of Culture Trip’s 10-day small-group Northern Thailand trip. 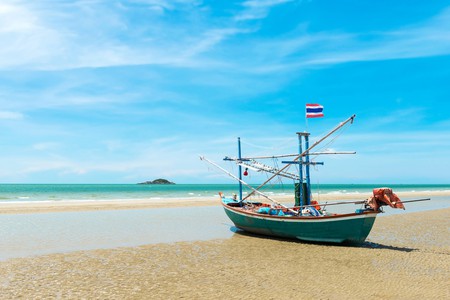 The drive from Rayong to Pattaya only takes about an hour – spend a night on Walking Street before making your way to Bangkok. It takes a little over two hours to get to the capital; stay for the day and explore the temples, watch a Muay Thai fight or get a traditional massage. End your journey in the beachy city of Hua Hin, about three hours southwest of Bangkok. 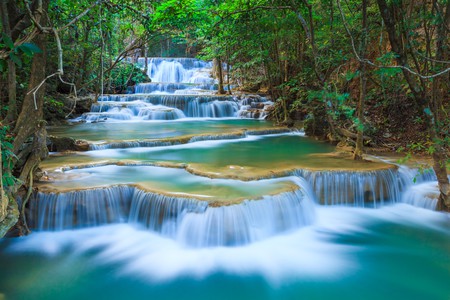 Take a dip in the seven-tiered Erawan Waterfall, one of the most popular waterfalls in Thailand | © Noppakun Wiropart / Alamy Stock Photo

Only got a little time in Thailand? The drive from Bangkok to Kanchanaburi should only take a few hours, but there’s still plenty to do upon arrival. Make your way to the city centre to see the Khwae Yai River Bridge and the Kanchanaburi War Cemetery. About 40 minutes outside the city is the Erawan National Park, home to one of the most famous waterfalls in Thailand. Also make a pit stop at the Thailand-Burma Railway Centre, just outside the city. 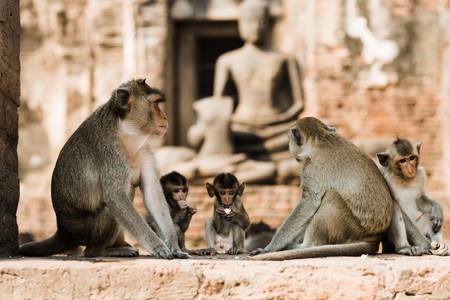 Start your journey in the capital and make the six- to seven-hour drive to the western city of Mae Sot – one of the least visited cities in the country. Spend your time in the Burmese-influenced city swimming in waterfalls and visiting hot springs, before heading to historic Sukhothai, a little over two hours away.

From there, head southeast to Phetchabun and continue to Lopburi. Here you’ll discover amazing ruins, including Wat Phra Sri Rattana Mahathat and the King Narai’s Lopburi Palace. The city is also home to thousands of crab-eating macaques – visit on the last Sunday of November to catch the Lopburi Monkey Festival. Your journey back to Bangkok will take about two hours.