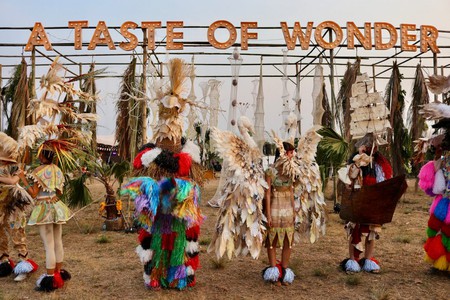 California has Coachella, Belgium has Tomorrowland, England has Glastonbury. But don’t forget Thailand, which hosts its very own music festivals that certainly give these other countries a run for their money. Here are the best music festivals in Thailand you should add to your bucket list.

Wonderfruit certainly put Thailand’s festivals on the international music map. The event came to be in 2014 and has been an annual festival ever since. Wonderfruit aligns with six different pillars: arts, music, family, wellness and adventure, talks and workshops, and farm to feasts. Each aspect of the festival pertains to one of these pillars, from the amazing musical lineups to the banquets held by some of the top chefs in southeast Asia. The four-day long festival is held at the Siam Country Club in Pattaya, a beachside city located about two hours away from the capital. One of the most noteworthy aspects of this festival is the sheer variety of cuisine available for festival-goers to devour, with its last installment including restaurants like El Mercado, Morimoto Bangkok, and a feast prepared by chef Gaggan Anand and Daniel Chavez, two people renowned in the foodie circles of southeast Asia. 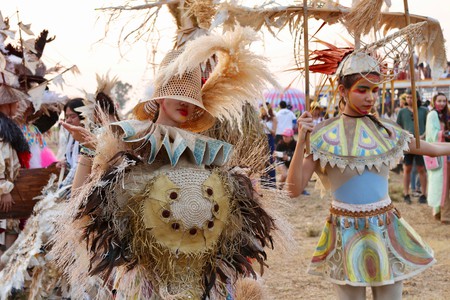 Maya Music Festival may have only debuted in 2015, but is already considered one of the biggest music festivals of the year. The festival aims at intertwining modern music with ancient Thai art, at this epic affair originally held in Bangkok. After such a successful run, the two-day festival was moved to Pattaya. Maya Music Festival is best known for its amazing stage installation, which was a giant Thai-inspired face mask in 2017. In addition to amazing DJs, the stage was a show in itself. Some big names that played in 2017 included Julian Jordan, Far East Movement, and Dutch DJ, Tiësto.

This three-day festival is sure to please even the most avid of music-lovers. Mystic Valley Festival welcomes a wide variety of genres to its stages, including EDM, techno, trap, trance, and drum and bass performers to put on a show. There are some eight stages playing at any given moment, giving festival-goers plenty of options to choose from. Some of the top names that attended last year included Fedde Le Grand, Butch, Aeroplane, and many more. Mystic Valley Festival welcomed an additional 50 international DJs from around the world and was held in the scenic mountain Creek Resort in Khao Yai.

Warp is a two-day dance music festival held on the beach. There has been a total of three installments of this massive party in Pattaya, although it only launched in 2015. Some of the top names in music to have played here include Andrew Rayel, Thomas Newson, and DJ Marshmello. The festival’s theme has been space related, with the 2017 installment titled, ‘Survivor of Saturn,’ and the 2016 installment titled, ‘Lost in Jupiter.’

Kolour in the Park

2017 marks the third installment of Kolour in the Park, and we simply cannot wait for this festival again in 2018. The festival is put on by Kolour, a music community based in Bangkok. The group hosts parties around the capital, and while the party themes and locations may change, one thing remains the same: Kolour hosts some of the best local and international DJs there are. Kolour’s founder, Coran, often DJs the events as well as welcomes big names to the stage including Nakadia, Tube & Berger, Ekception, and many more.