The 7 Best Cinemas in Bangkok to Catch a Movie 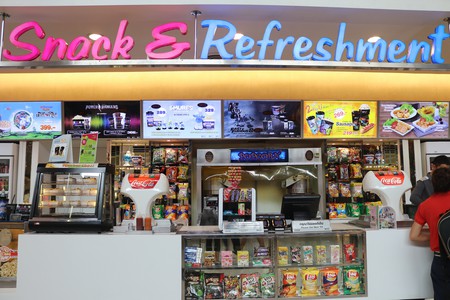 One of the best ways to spend an afternoon in Bangkok is in one of its many movie theaters. Although exploring the city’s shrines, temples, and more should certainly be on the itinerary, sometimes visitors need an hour or two away from the hectic city (and in air conditioning). Here are the seven best cinemas in Bangkok where you can catch a movie.

Cinema, Theater
Facebook
Email
Twitter
Pinterest
Copy link
Share
Bangkok movie theaters are certainly keeping up with the city’s modern vibe. Each new cinema seems to be more updated and fancy than the last; however, this is not the case with Scala Theatre. It is one of the only theaters in town that will seemingly take movie viewers back in time with its décor alone, which is even more enticing considering the theater lies in one of the most modern areas in town: Siam. Those with a knack for interior design will be intrigued with its intricate ceilings, with golden flower petals nestled in high-rising white arches. 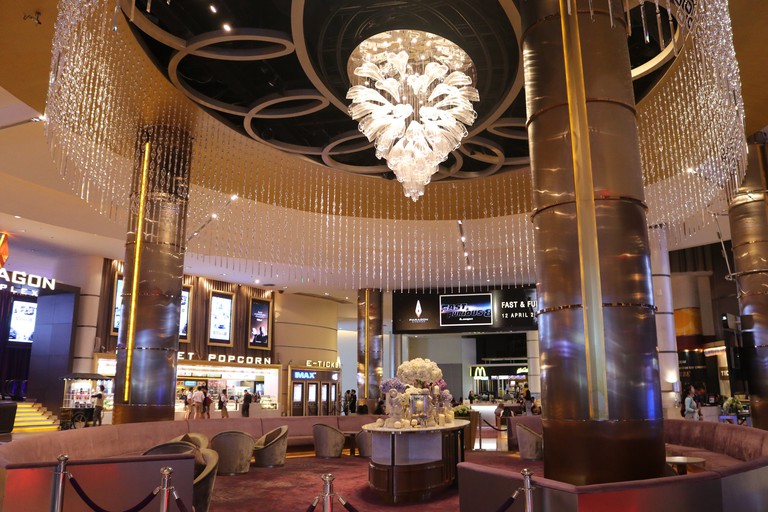 Paragon Cineplex, Krung Thep Maha Nakhon | Courtesy of Kelly Iverson
Those looking for a luxurious cinema experience should head to the fifth floor of Siam Paragon. Upon arriving, visitors will see reflective ceilings, lighted staircases, and an extensive gourmet popcorn vendor. The theaters are even more luxurious than the entrance, and the Krungsri IMAX® Theater features the largest screen in all of Thailand. There are also 4D movie experiences available, equipped with 10 different special effects to make for an incredible and memorable movie experience. 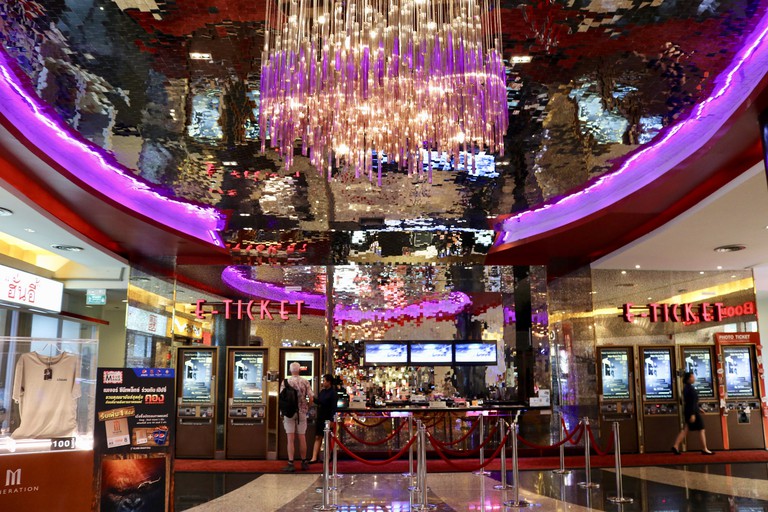 Major Cineplex Sukhumvit, Krung Thep Maha Nakhon | Courtesy of Kelly Iverson
Just a stone’s throw away from the BTS Skytrain Station Ekkamai is Major Cineplex. The box office has tickets for all the latest Western and Thai films, with an extensive popcorn bar to keep even the most hungry of movie-goers snacking throughout the entirety of today’s latest cinematic features. Ticket prices depend on both the day of the week as well as who the ticket is for; a children’s ticket on Monday through Thursday is only ฿90 (approximately US$2.61), and the prices go up the closer visitors inch to the weekend.

Movie theaters do not get much more luxurious than Quartier CineArt. In addition to the latest films being shown, the four theaters themselves have screens larger than life, making movie-goers feel as though they are in the film. The theaters continue to get more deluxe, with ones equipped with plush recliners and pillows and, of course, IMAX® movie theaters. If that was not enough to convince visitors that this theater is on top of its game in terms of technology, there is even a hologram employee working out front. 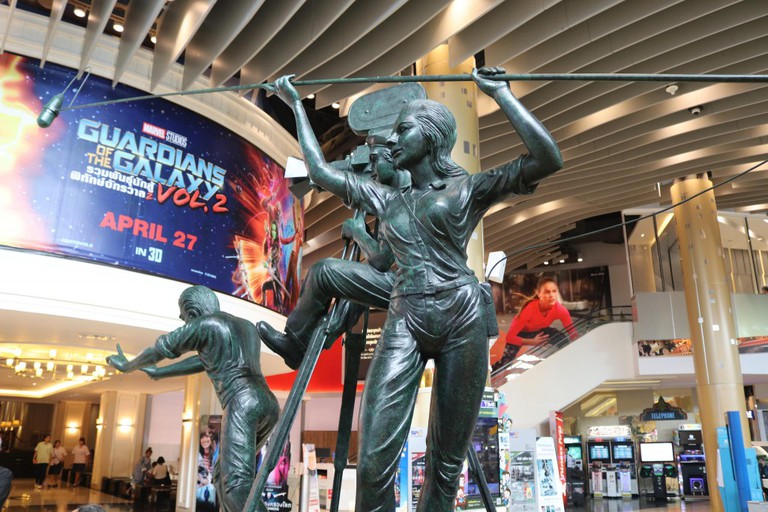 SF CINEMA Terminal 21 Asok, Krung Thep Maha Nakhon | Courtesy of Kelly Iverson
The Terminal 21 movie theater has everything one needs for the ultimate movie experience. For one, it shows all the latest movies with plenty of showtimes throughout the day. Secondly, its snacks and refreshment bar is extensive, with caramel, cheese, and salted popcorn, in addition to a number of chocolatey and delicious sweets. Of course, it would not be a Thai theater unless it also sold snacks such as dried seaweed. The theme is Hollywood, with the pearly white sign greeting movie-goers as they finally arrive at the top floor of the mall. Be sure to visit on a Wednesday when ticket prices for a regular theater are only ฿100 (approximately US$2.90).

The first thing that hits movie-goers visiting the movie theater in MBK is the overwhelming smell of fresh popcorn: nothing is seemingly better or more movie-esque than that. Ample showtimes for all the latest hits makes it easy for visitors to come and go as they please. There is a huge concession stand; however, there are also numerous restaurants just outside the theater, with everything from Vietnamese cuisine to KFC. What makes SF Cinema City unique is that there are so many other fun attractions all located on the same floor, including SF Strike Bowl, Hero City Games Center, Escape Room, and more. Everything sits on the 7th floor.

Cinema, Movie Theater
Facebook
Email
Twitter
Pinterest
Copy link
Share
Those looking for a wide variety of screenings should head to House RCA. Art films, blockbuster hits, independent films, international movies, award-winning films—if you can think of a genre of film, House RCA is likely to be showing it. It also features movies from around the world, with cool films hailing from places like Japan, China, Cambodia, Malaysia, and more. The boutique cinema is perfect for those indie-loving movie-goers who do not want their experience to be too modern or over the top.
Give us feedback