The 15 Most Instagrammable Islands in Thailand 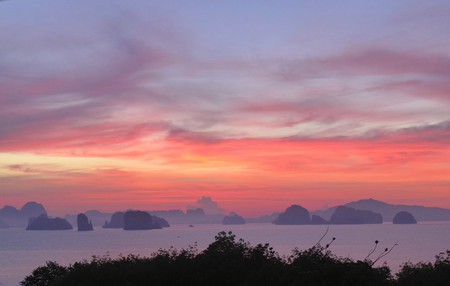 With well over a thousand to choose from, it’ll come as no surprise that some of Thailand’s islands are amongst the most beautiful in the world. Whether it’s for their awesome beaches, bays or bars, not many things on social media make others quite as jealous as Thailand’s islands — so here are the most Instagrammable of the lot. 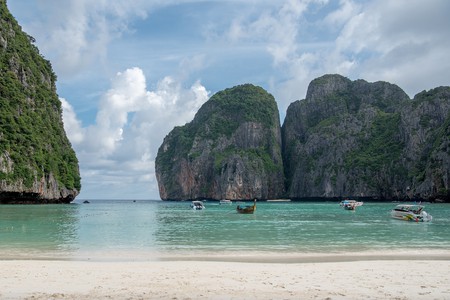 Possibly Thailand’s most famous and most beautiful island, Phi Phi is known the world over for its stunning Maya Bay, breathtaking viewpoints and, of course, its wild beach parties. With plenty to see, do and snap pictures of, it’s certainly one of Thailand’s most Instagrammable offerings. 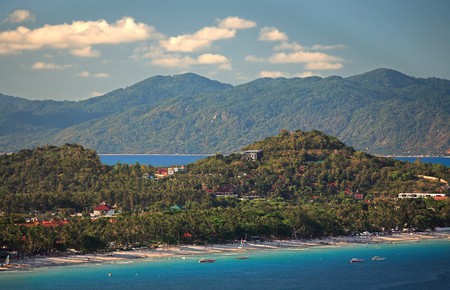 Stunning bays, sandy beaches and superb shopping opportunities have helped to put Koh Samui on the map. Located on the Gulf coast of Thailand, its mixture of bustling towns, like Chaweng, local hubs like Bophut and gorgeous spots, such as Silver Beach, have made Samui one of the most popular islands in the country – and rightly so. 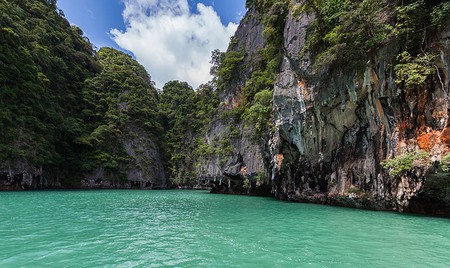 Located in Krabi province, this small but perfectly formed island hosts a huge surprise: In the island’s centre, and surrounded by sheer limestone cliffs, is a jade-coloured lagoon that looks like something from another island. Not only that, but it’s also home to pristine beaches, a nature trail and exotic animals, such as huge monitor lizards, colourful birds and gibbons. 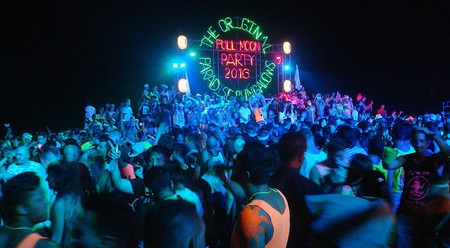 Whilst it may be home to the world-famous Full Moon Party, Koh Phangan is actually so much more. Along with parties where you’ll take pictures you don’t remember, you’ll find paradisaical beaches and a whole host of other natural features, such as the enchanting Phaeng Waterfall. 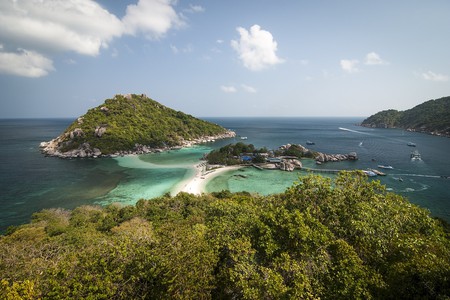 A tropical delight off of Thailand’s Gulf coast, Koh Tao’s perfect white-sanded beaches and clear seas are not only great to take pictures of but also in. It’s a great spot for diving, where tonnes of marine life and pretty corals can be seen up close. Not a fan of diving? The John-Suwan viewpoint is perfect for Instagram, providing mesmerising views of the twin bays and the multi-shaded blue seas. 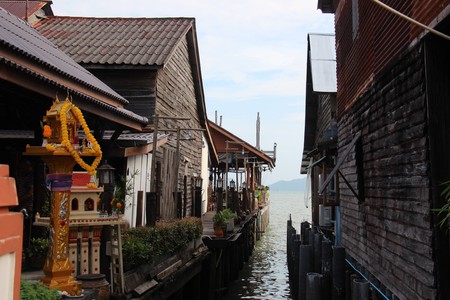 A quiet island located in Krabi, Koh Lanta’s lack of over-development, numerous beaches and bays and plentiful greenery make it a popular choice amongst travelers. The teakwood-fronted shophouses in its Old Town are also great for the ‘Gram, housing a number of quirky cafes and souvenirs shops.

Situated between Krabi and Phuket in Phang-Nga province, the islands of Koh Yao Noi and Yai have so-far resisted chronic over-development and remain natural paradises, with inviting beaches and jungles just waiting to be explored. The views of limestone karsts in the distance from the beach are hard to beat, giving the famous Ha Long Bay in Vietnam a run for its money. 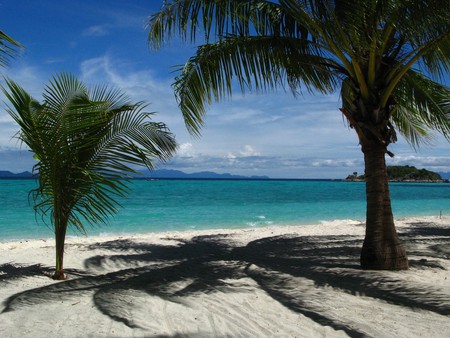 A small island close to the Malaysia border, Koh Lipe boasts some the clearest blue seas and softest white sand in the whole of Thailand. Throw in beach bars, rocky bays and stunning surroundings, and you’ve got everything you need to give somebody some serious FOMO (fear of missing out). 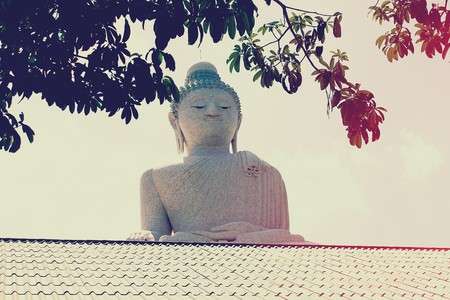 As Thailand’s largest, you’d be forgiven for forgetting the Phuket is an island in the first places. As well as great nightlife and crazy sights to snap in Patong, it’s also home to some top beaches and cultural spots, with the Big Buddha statue surely to get even the most hard to please user to double-tap your post. 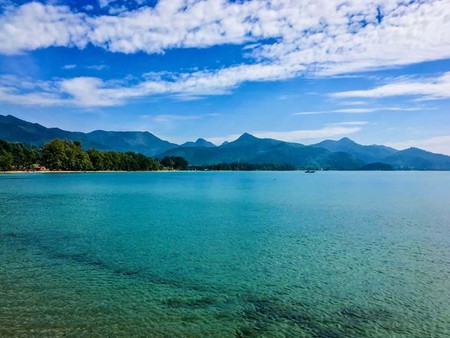 Whilst it may be a pain to get to, Koh Chang is worth every effort. A large, elephant-shaped island, Koh Chang’s beaches are some of the beach around, and there’s a whole host of natural wonders to be found further inland too, such as rivers and waterfalls. Here, emerald seas meet white sand and look perfect for Instagram in the process. 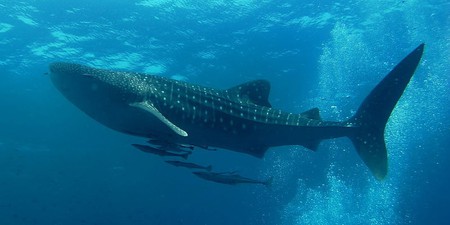 A whale shark i

There might not be too much other than great views and beaches to entertain yourself with on the surface of these islands — as if you needed much else — but the real treasure is found beneath the waves. Offering some of the best diving experiences in the world, it’s possible to snap a selfie with a manta ray here, as well as get some great shots of the corals and marine life. 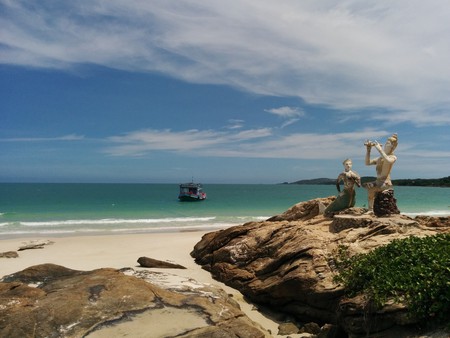 Statues on the beach | bertconcepts/

A popular island given its proximity to Bangkok, Koh Samet’s inviting beaches, curious statues and laid-back lifestyle provide a welcome rest from the big city. With enough perfect beaches to make quite the Instagram collage (not to mention a quirky mermaid statue), it’s more than worthy of a spot on this list. 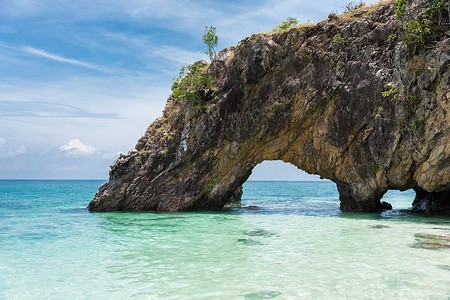 A small island in Phang Nha province, Koh Kai — or egg island in English — might seem like just another island, but it has one breathtaking feature — a natural stone arch. An impressive arch stretching from the island into the sea, it’s almost as if it was made for Instagram. It is picture perfect and big enough to have you pose under the arch — gotta love those “candid” shots. 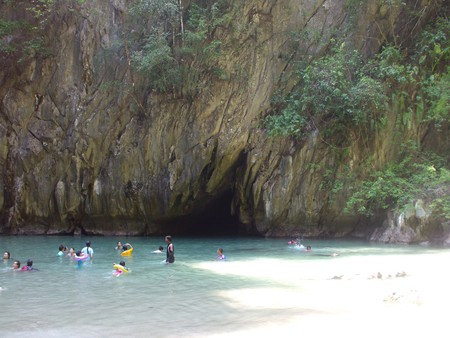 One of the finest islands in the Trang archipelago, Koh Muk’s star attraction and most Instagram-worthy feature is its hugely impressive Emerald Cave. Accessible only at low tide via a small gap in the rocks, visitors are treated to a beautiful beach fronted by emerald-coloured water and surrounded by sheer rock cliffs. 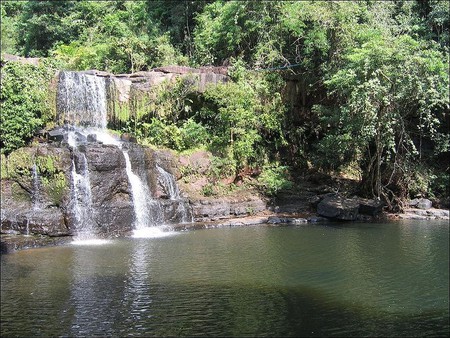 A mountainous island close to both Thailand and Cambodia, Koh Kut’s natural beauty needs to be seen to be believed. Here you’ll find some of the of clearest waters in Thailand, which serve as a perfect complement to the powdery-soft beaches and the thick green jungle behind them. As well as impressive beaches, it’s a nature-lovers paradise too, with waterfalls and mangroves to explore, as well as diving to take part in. A true wonder, and a great island to Instagram.