Thailand’s Best Festivals, Beyond The Beaches 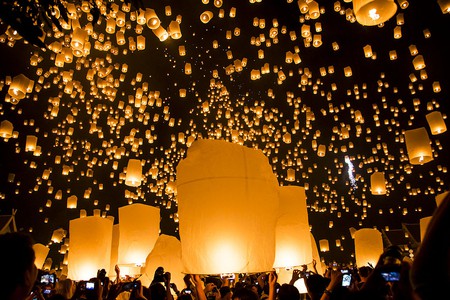 The many Thai festivals held throughout the country every year are an ideal way to gain an insight into the diverse riches of Thai culture and to explore the South East Asian country’s eccentric charm. 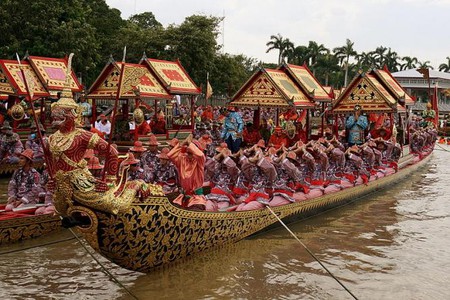 Thailand, ‘The Land of Smiles’, is one of the most popular tourist destinations in the world and for good reason. It draws in visitors with its beautiful beaches, paradise islands, incredible food and the promise of a good time. Thailand welcomed over 22 million visitors in 2012 according to the Thai Ministry of Tourism and Sports and that figure is only set to increase this year. Many people travel to Thailand for its islands, and granted they are worth seeing, but it’s the cultural festivities of a country steeped in tradition that really sets Thailand apart. Thais love to celebrate, in any way that they can. Thailand is a country that stakes great importance in respect and this ideal is exemplified by the countless celebrations held throughout the year, which serve to honour religion, family, royalty and teachers. 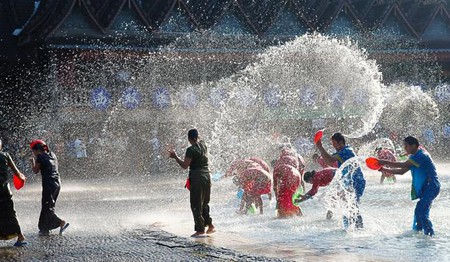 One of the most popular festivals among Thais has to be Songkran or, as it is sometimes known, the Water Festival. Songkran is celebrated in Thailand as the traditional New Years Day, which occurs on April 13th and last about 2 days. Water features predominantly as a tool for purification – a tradition of modest beginnings, which involved pouring scented water over your elder’s hands and cleaning Buddhist statues in the hopes of washing away bad thoughts and bringing good luck. Gradually the use of water has escalated and, these days, a giant water fight erupts in many of Thailand’s major cities. The festival is best celebrated in the North of Thailand, in Chiang Mai, where many people take to the streets with water pistols, happily soaking anyone and everyone they encounter. Being that Songkran is celebrated towards the end of the hottest month, the ice-cold water is a welcome addition to the 40-degree heat. 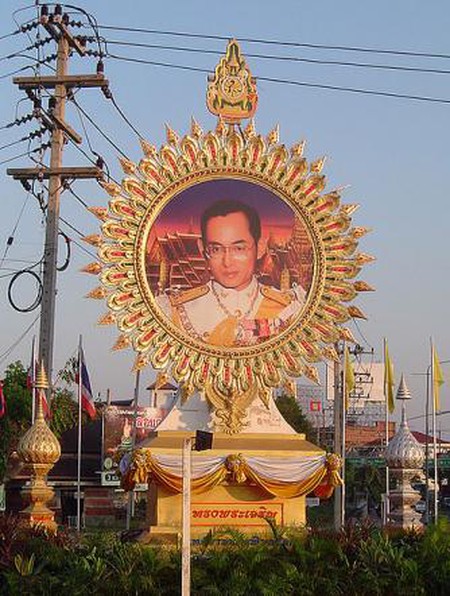 Mother and Father/King and Queen

Mother’s Day and Father’s Day are two festivals that Thais take very seriously. The King and the Queen are the two most important people in Thailand and their birthdays are celebrated every year without fail.

The Queen’s birthday falls on August 12th. The occasion takes on special meaning and Thais will honour both their own mother and their country’s ‘mother’. The day itself is a national holiday and many Thais will spend the day at Temple. However the days leading up to the holiday are also important. Mothers are invited into their child’s school where students will perform a typical Thai dance in their honour. The celebration is a perfect example of the transposable relationship that Thais have with their country and their family.

Father’s Day in Thailand takes on similar properties. The King’s birthday is celebrated on December 5th and all over Thailand homes are decorated with the Thai flag and portraits of the King. Thais love their King, so much so that you can get in serious trouble for speaking ill of him. They wear yellow or gold to mark the occasion and, in Bangkok, whole streets are closed to traffic and elaborate firework displays are held in the King’s honour. 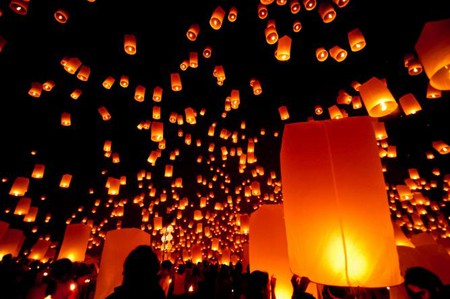 Loy Krathong – The Festival of Light

A religious festival that is definitely worth witnessing for its poignant and picturesque celebrations is Loy Krathong, or the ‘festival of light’, which is held annually on the full moon of the 12th Thai month. Literally translated ‘Loy’ means to float and ‘Krathong’ is the Thai word for the lotus shaped receptacle in which a candle is placed. Thais will spend the days leading up to the festival making the krathong out of banana leaves, beautiful flowers such as orchids and marigolds and incense sticks. On the day itself, thousands of people will gather along canals and rivers, adding coins and food to the Krathong and letting it float away. They say wishes and prayers and hope that their candle doesn’t go out. The festival is celebrated all over the country. In Chiang Mai, Khom Loy are also added to the celebration. Khom Loy are ‘floating lanterns’, which are released overhead on the night of the festival — It is an incredible sight to behold. Like many Thai festivals, Loy Krathong is a way to respect elders and the Buddha. Everyone gets involved making Krathongs – the more beautiful and elaborately decorated, the better.

Wai Kru Day is a celebration held in every Thai school throughout the country. It is a day where Thai students show respect to their teachers by presenting them with gifts or flowers. It is believed to be an auspicious day for Buddhists, who believe that the Buddha is the original teacher. The children spend the days leading up to the celebration, which is usually held in June or October, making intricate flower arrangements to present to their teachers. The Teachers line up along the front of the assembly hall and the students, line by line, present their gifts. Whilst it is not a festival that can always be enjoyed by tourists, it can be viewed at Temples throughout the country on occasion and the essentials of respect towards elders is an important theme to bear in mind when travelling in Thailand.

There are many festivals in Thailand depending on whereabouts you are in the country. Almost every other week Thais will mark an occasion with singing and dancing. They love to perform, give gifts to their loved ones and go to Temple. Most festivals are of religious significance; however this does not mean that non-Buddhists cannot take part. Buddhism teaches that all belief is important and therefore anyone can take part in the festivities, whatever their religion; just make sure you play by the rules.