Everything You Need To Know About The Lopburi Monkey Festival 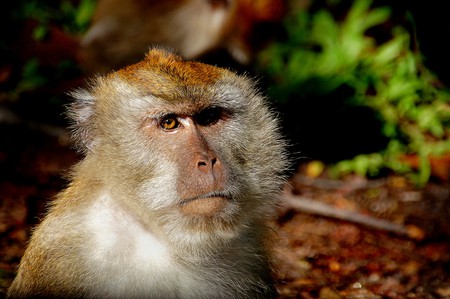 Lopburi is one of the oldest cities in Thailand. It is home to some spectacular ruins and top attractions, including King Narai’s Lopburi Palace and Wat Phra Sri Rattana Mahathat, a historic temple. Visiting Lopburi is often left off many traveler’s itineraries, being that it is off the usual trail of cities that lure tourists to Thailand in the first place. This might change, however, when tourists hear about one of Thailand’s biggest festivals being held in Lopburi: the Monkey Festival. Here, everything you need to know about the Lopburi Monkey Festival.

Visitors of Lopburi may feel like they have stepped right into the filming of Rise of the Planet of the Apes. While James Franco might not be visiting Lopburi anytime soon, there are plenty of monkeys and apes to make up for his absence in this part of the country. 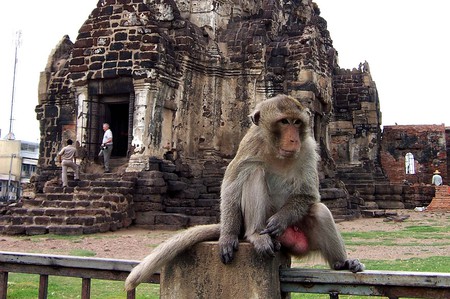 Hanging Out in Lopburi Courtesy of Ryan Harvey/Flickr

During the 11th century, the Khmers took over Lopburi. Many significant buildings were constructed during this time. In the 17th century, however, the Khmer Empire fell and King Narai of Ayutthaya rejuvenated the city. The festival takes place at old Khmer ruins. Monkeys are a common sight all over the city of Lopburi, and many will gather for the feast offered to them during this festival. 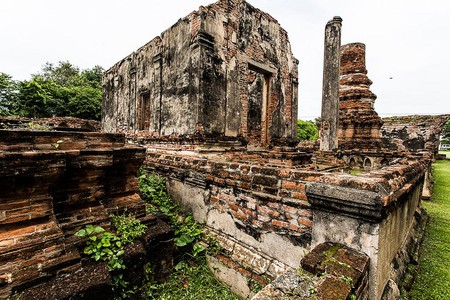 The most important guests of the evening are, of course, the long-tailed macaques. They have certainly become members of the city in their own way and have intermixed with locals in everyday life. It is not uncommon to see these mischievous creatures roaming the streets and intermixing with Thais and foreigners alike, though not many foreigners call the city of Lopburi home. 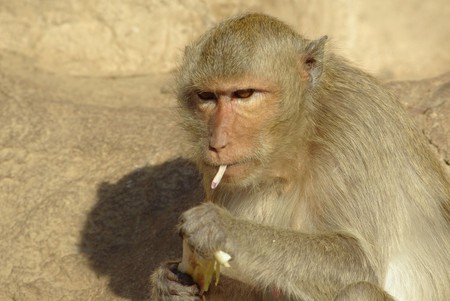 In addition to one too many monkeys, the festival also has live performances and dances, with monkeys participating throughout. Long tables are filled with food too, all offered to the monkeys. This apparently bring people good luck, which is most likely why they are treated with such high respect in the city. Some of the food included in the feasts includes sticky rice, fruit, and salad. Just hope you do not get caught in the crossfire of a monkey food fight, which is a common occurrence at this festival. 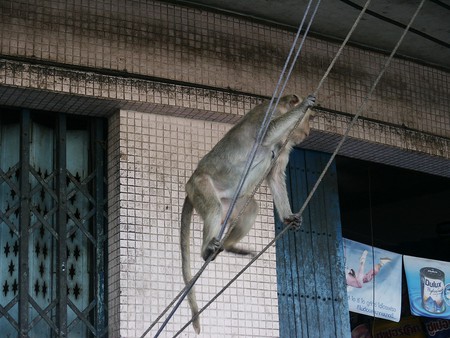 The Lopburi Monkey Festival, also known as the Monkey Banquet, is not necessarily the best attraction for all tourists of Thailand to attend. Monkeys can be aggressive, and they have been known to steal purses, bags, and whatever else they can get their paws on. The town is overrun and home to many monkeys and apes, and it will be difficult to escape them once visitors arrive in Lopburi … you’ve been warned. 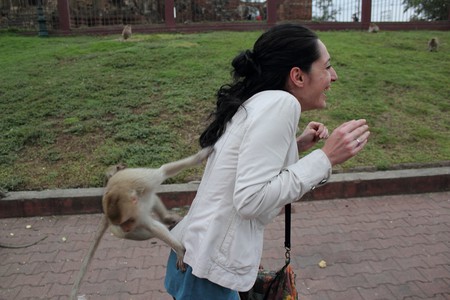 The provincial capital of Lopburi is located in central Thailand. It is about 155 kilometers north of Bangkok, and it takes about three hours to drive there from the city. 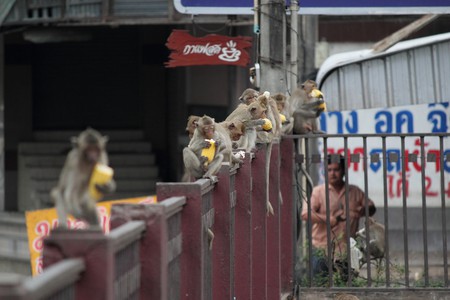 The exact date of the monkey festival has yet to be determined. It usually occurs on the last Sunday of November. 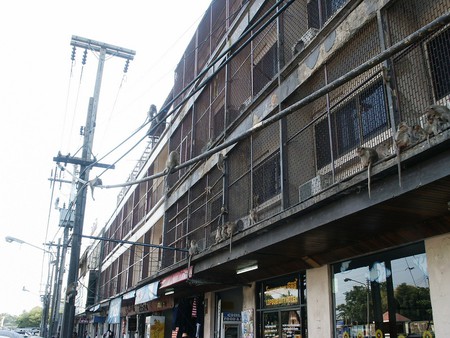 Visitors can get to Lopburi by either bus or train. Many prefer taking the railway to get to this historic city, as the journey provides for some pretty stunning scenery along the way. By train, the journey to Lopburi takes about two hours. The train station is found at Hua Lamphong Railway Station, otherwise known as the Bangkok Train Station. Trains leave about every hour. Tickets are fairly affordable, though the price does differ depending on the train and the seat visitors get. Some trains are faster than others, as well. 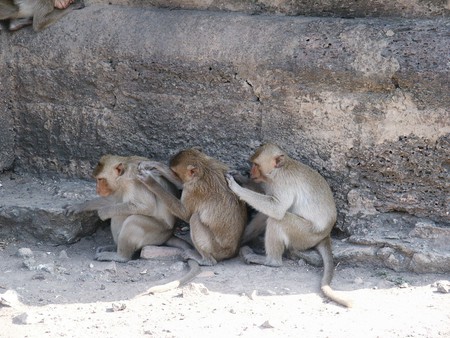 Visitors of the festival can also get to Lopburi by bus from the northern bus terminal in Bangkok, otherwise known at Mochit 2. You can take the BTS Skytrain to station Mochit and get a short taxi or motorbike taxi from there.