Everything You Need to Know About Buddhism in Thailand

From spirit houses to temples and more, it is apparent how important the national religion, Theravada Buddhism, is to the Thai people. The religion in many ways affects the everyday life of both Thais and tourists. To better understand the people and what they believe, here is everything you need to know about Buddhism in Thailand.

Buddhism originated in India in the 6th century BC, founded by Prince Siddhartha, who eventually achieved the ultimate goal of enlightenment. After 49 days of meditating under a bodhi tree, he became Buddha, or the “Awakened One.” Buddhism later arrived in Thailand from Sri Lanka. It became the dominant religion in both Thailand and Laos in the 12th century. 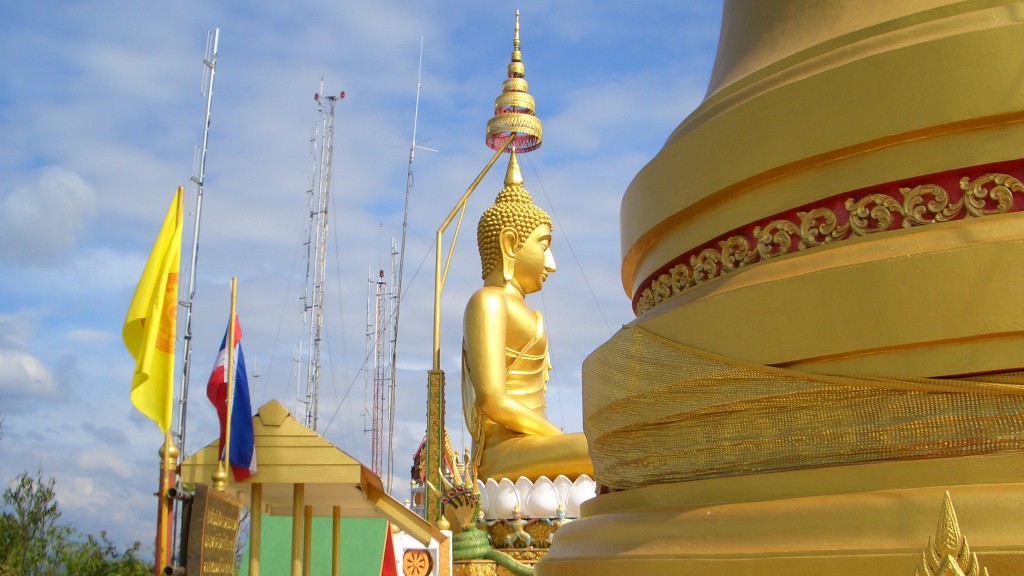 The official religion in Thailand is Theravada Buddhism, practiced by more than 95% of the population and by many who reside in Laos, Myanmar, and Cambodia. Small tokens of this religion are seen in the most inconspicuous of places around the country. Visitors will find daily reminders of Buddhism during their travels, from towering temples found along the Chao Phraya River to spirit houses protecting buildings and more across the country. 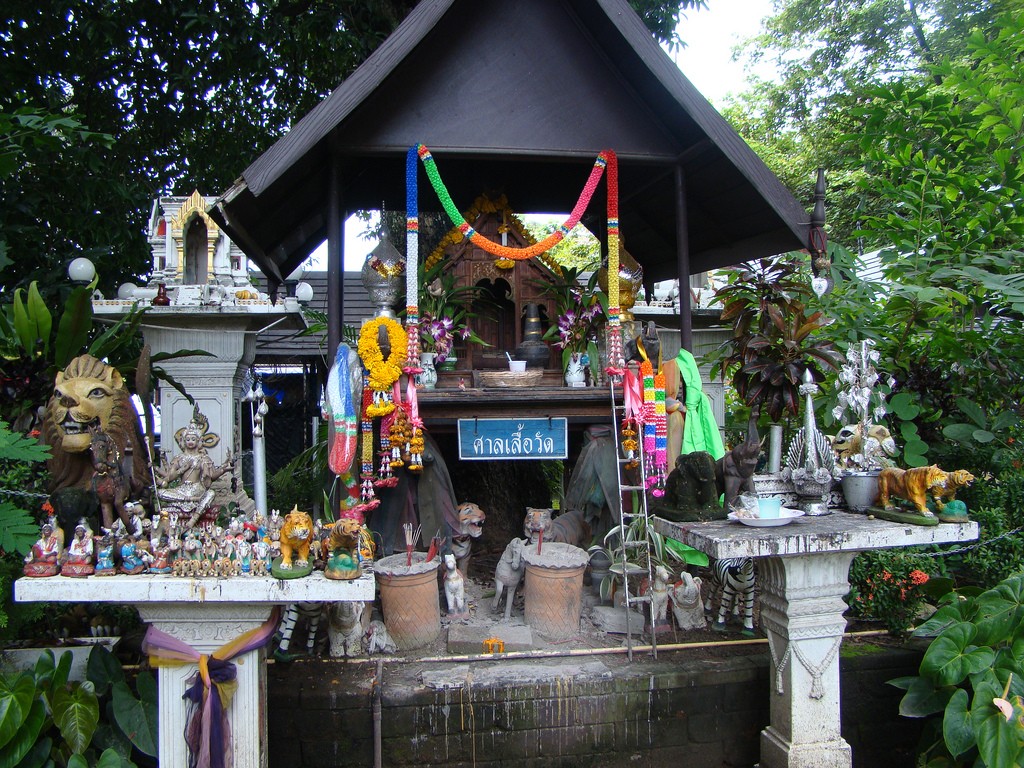 Buddhism is a key component to the identities of many Thais. Many will give daily offerings to things like spirit houses. Others will sporadically feed the many soi (street) dogs to make merit. By making and gaining merit, many Thais believe they will live longer and happier lives. Some people will also wear Buddhist amulets in order to protect themselves.

There are some 300,000 monks living in the Land of Smiles. From Phuket to Bangkok, visitors are almost guaranteed to see a few of them in Thailand. Their yellow and orange robes are very recognizable in a sea of modern-day clothing. Many Thais will start their day off by giving offerings to monks who are collecting donations in the streets. 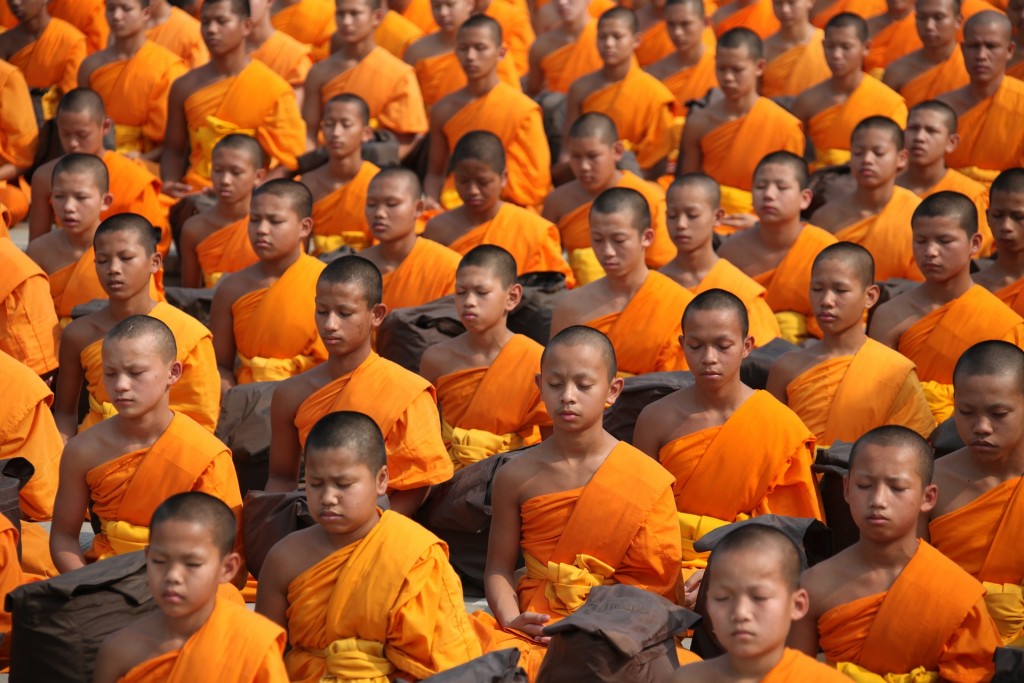 Every man in Thailand is required to become a monk for a period of time before the age of 20. Though the expected time length is about three months, some will stay as little as a day or two. The majority of monks remain for at least a few weeks. Young men do this in order to receive good karma and merit. Those Thais who are affluent or have money are considered to have very good karma. Those who do not have money are thought to have behaved poorly in a previous life, thus, not having good karma. 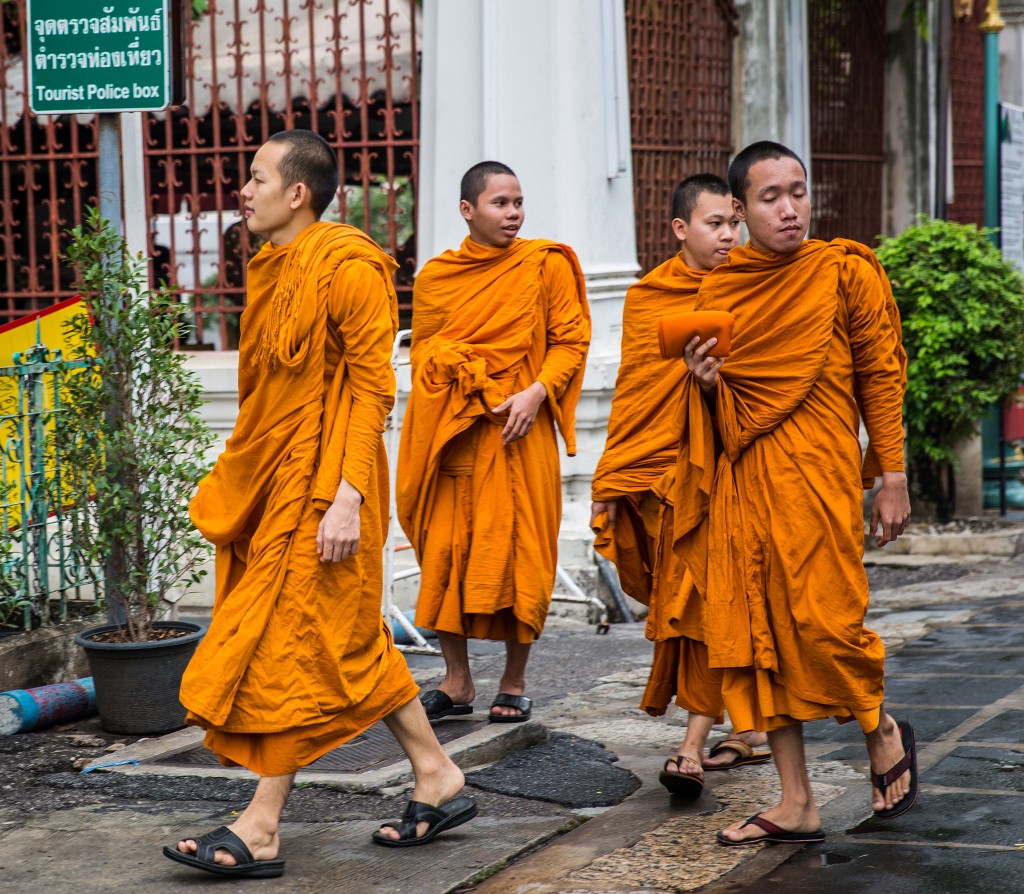 How to become a monk

If a man does decide to become a monk, there are several rituals and processes they must go through. For instance, they must shave their head and eyebrows as well as partake in a number of ceremonies. They also receive daily duties in the temple they reside at, such as cleaning or receiving offerings in the mornings. 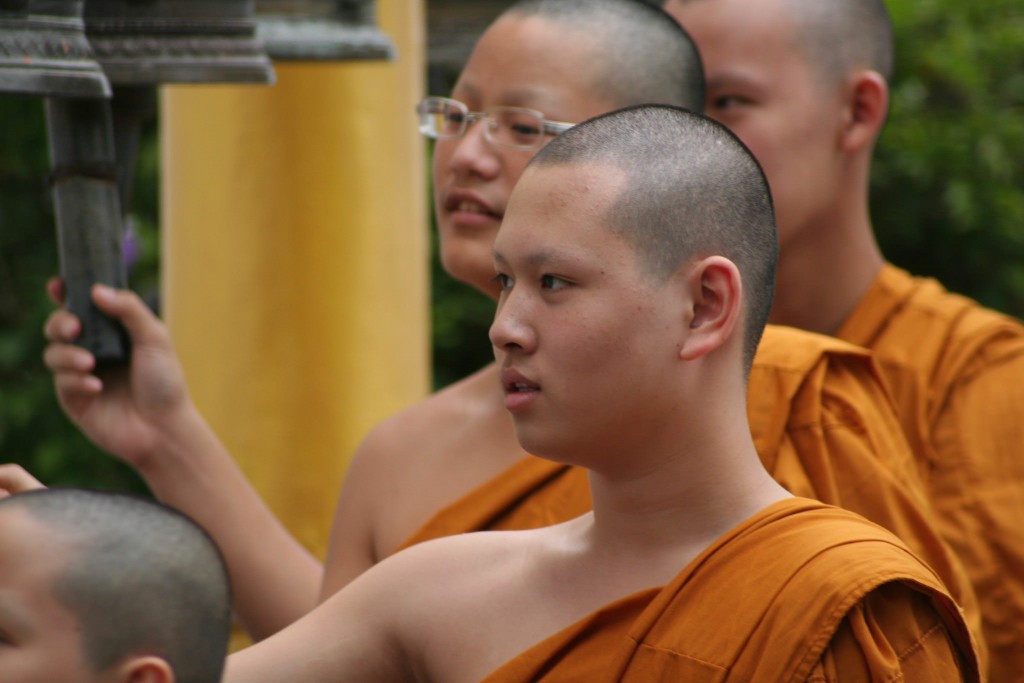 Living as a monk is no easy task. For one, there are hundreds of rules by which they must abide. Some are pretty basic, such as monks always having to wear a robe, while others are more seemingly difficult tasks, such as not drinking alcohol or not swimming for fun. They must also follow a long list of stipulations when going out in public. For example, monks cannot laugh or speak loudly.

Monks are normally very friendly, even to foreigners. Some temples have things like monk chats, where tourists can sit down with a monk and talk with them about their lives. As a reminder, the majority of Thais will give up their seats on public transportation for a monk. Tourists should do this as well. 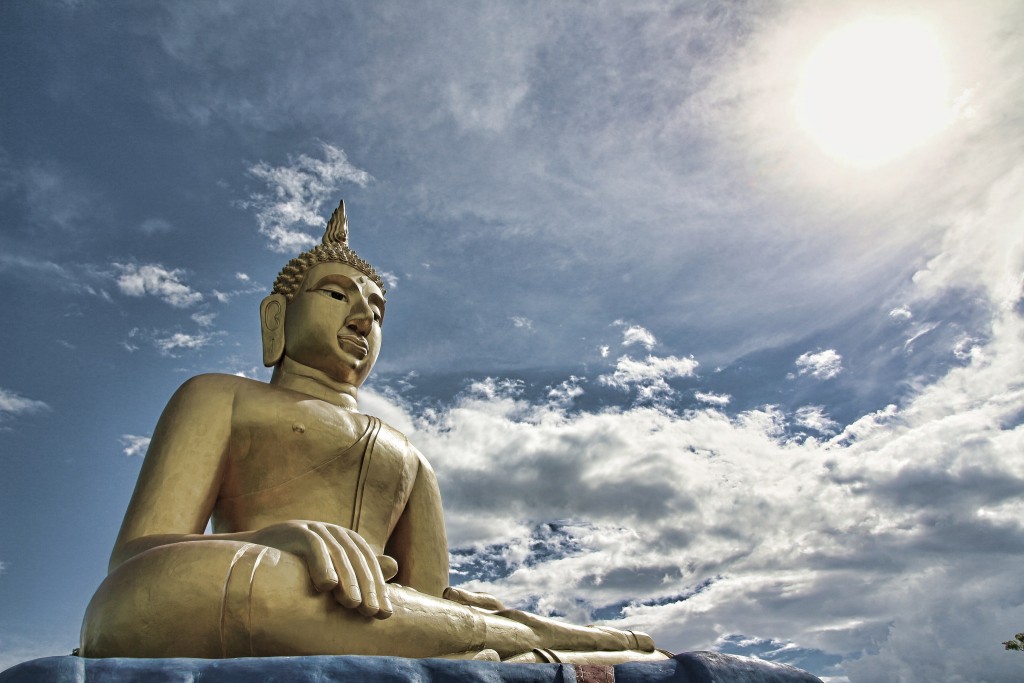 Many festivals and holidays revolve around the major religion of Thailand. One of these is called the Makha Puja. Buddhists gather at temples and light candles during the full moon in February for this nationwide festival. 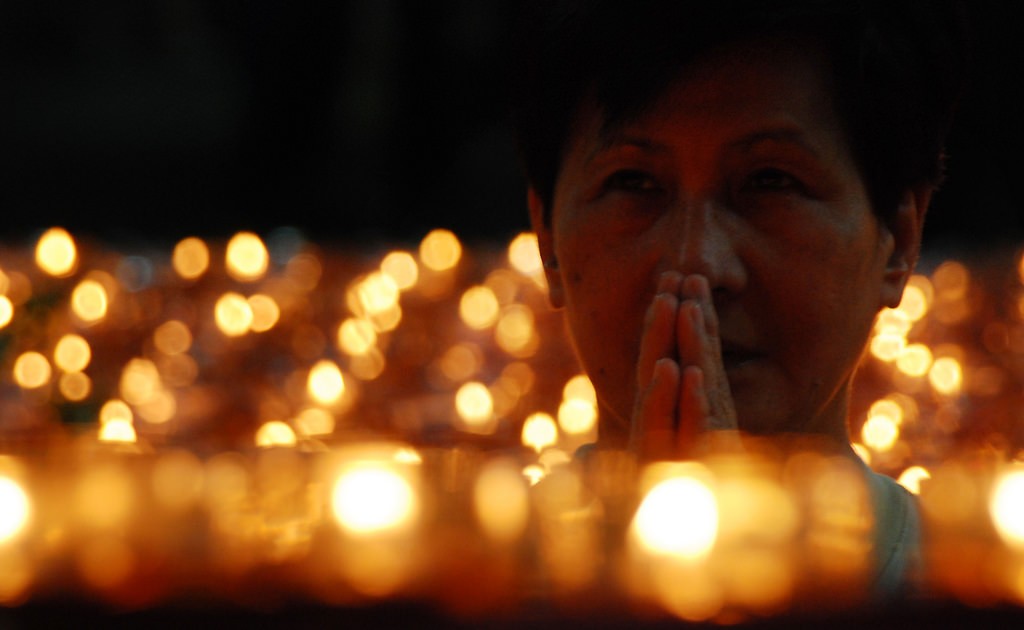 In early March, Buddhists celebrate the Wat Phra Buddhaphat Fair. Many temples have Buddha footprints (some natural, some artificially made). The most famous of them all is found at the Phra Puddhabat Temple in Saraburi. The fair is a time when Buddhists come to worship the giant imprint. 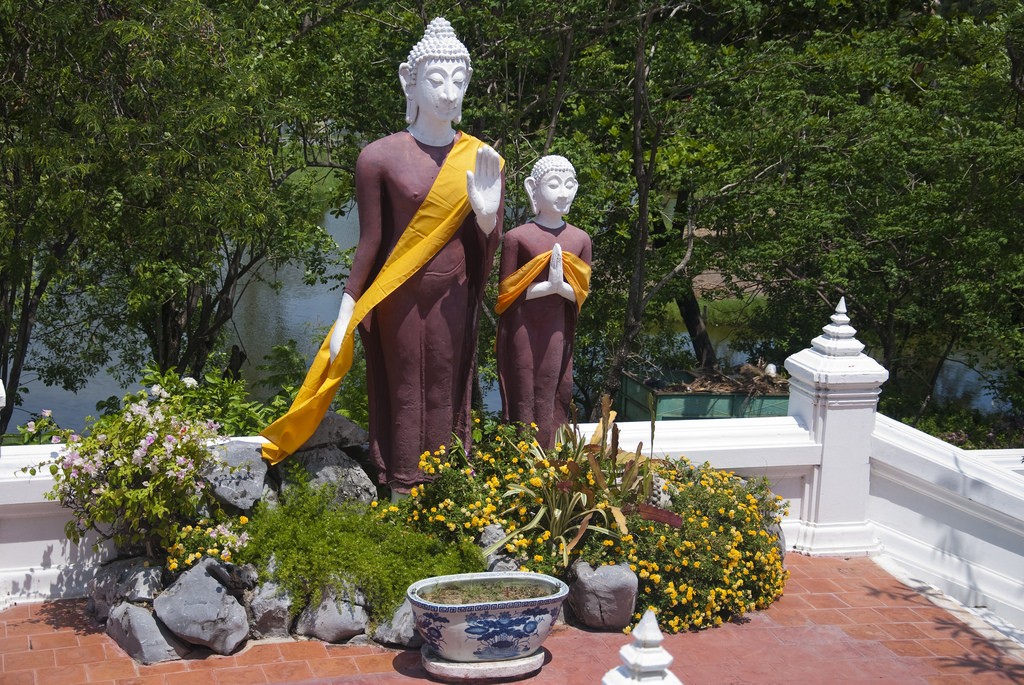 The Footprint of the Lord Buddha, Saraburi, Ancient City, Bangkok, Thailand | © Will Will / Flickr

As previously mentioned, every man in Thailand must become a monk before the age of 20. During the month of April, the Si Satchanalai Ordinations is a celebration of this. People wear colorful costumes and walk in a parade.

Songkran is one of the most famous Buddhist festivals amongst tourists. It is a giant water fight that takes place nationwide, symbolizing the washing away of sins and bad luck from the previous year. It originated from the practice of pouring water over statues of Buddha. 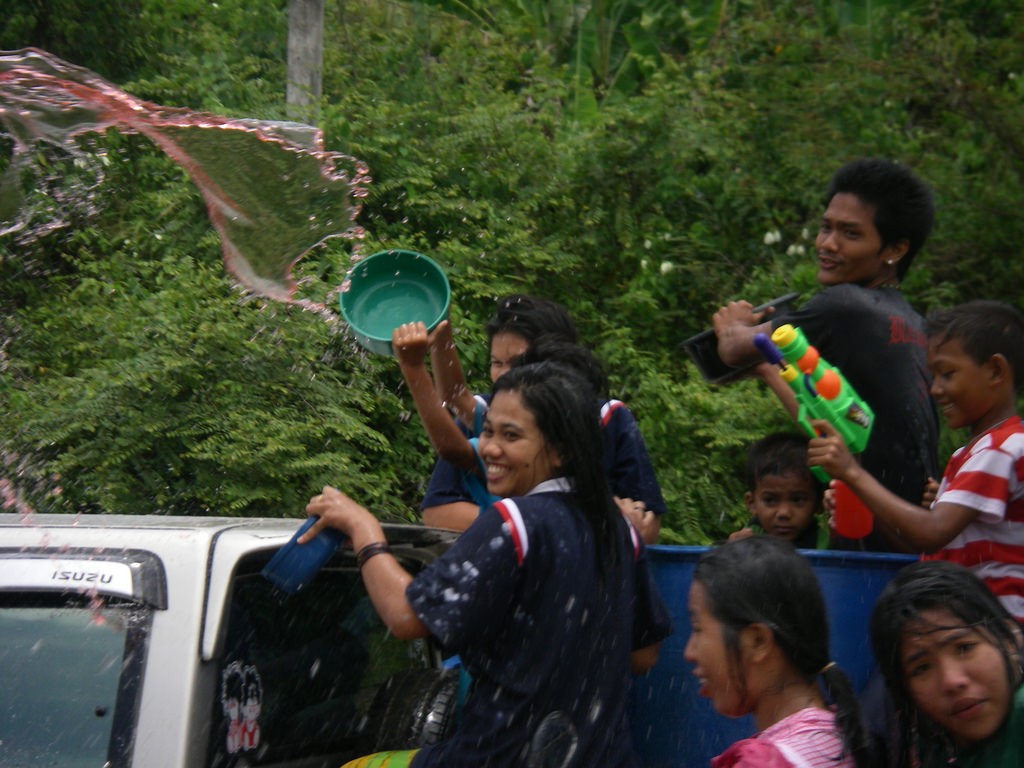 Visaka Puja is a Buddhist holiday that takes place in early May. It commemorates Buddha’s birthday, death, and enlightenment. Thai Buddhists will gather with lit candles around one of the many temples across the country.

Khao Phansa, otherwise known as Buddhist Lent Day, marks the beginning of a three-month period in which monks are to remain immobile. Buddhists come and offer yellow robes and candles to the stationary monks. 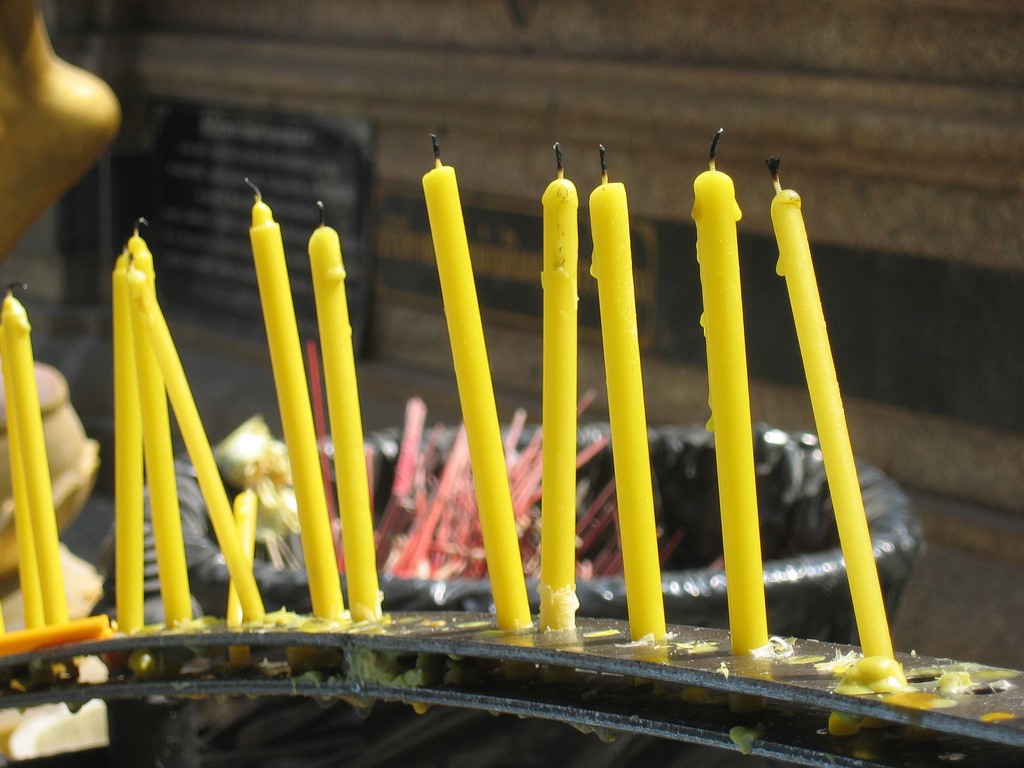 Asanha Puja commemorates Buddha’s first sermon. It is celebrated during the full moon in July in temples all over the Kingdom.

The Sakhon Nakhon Wax Candle Festival marks the end of Buddhist Lent and is celebrated with a parade and beauty contests. No Thai celebration would be complete without lighting a candle or two as well. Ok Phansa is another Buddhist holiday in October, during which new monks are presented with their robes.

One thing visitors should keep in mind is that on many of these Buddhist holidays, the consumption and sale of alcohol is not allowed across the country. 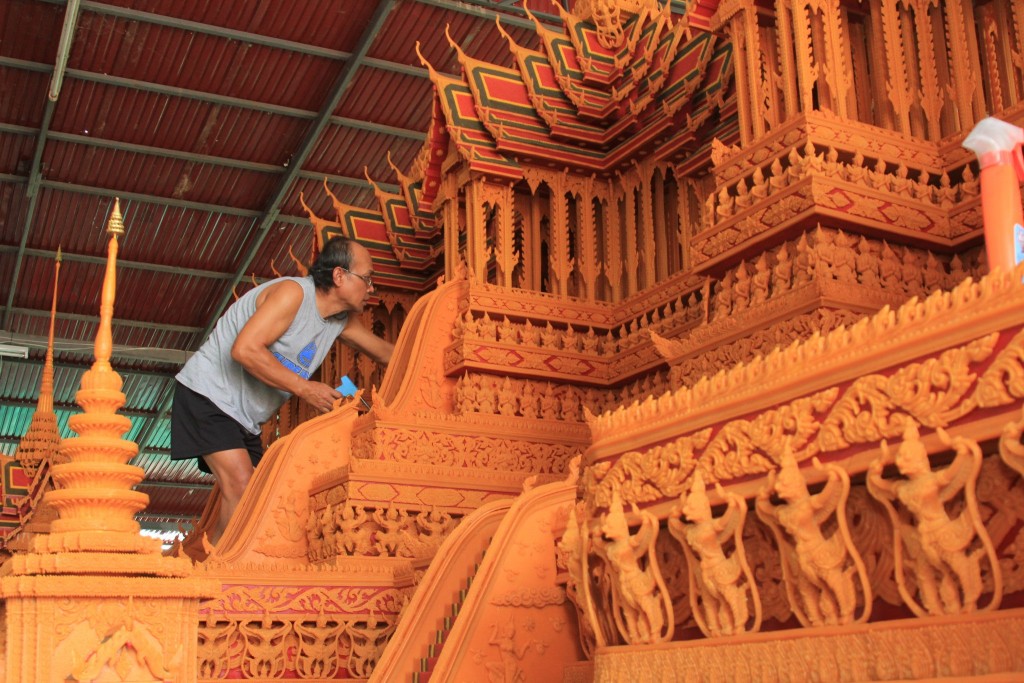 There are some 30,000 Buddhist temples in Thailand. Some of the most well-known temples, or wats, in the Land of Smiles include Wat Phra Kaew in Bangkok as well as Wat Phra That Doi Suthep in Chiang Mai. Many Thais will spend Buddhist holidays around these stunning, architectural wonders. In addition to being a place of worship and celebration, these temples often house monks, schools, and act as gathering places for locals. Many temples feature markets just outside of their grounds, and Wat Pho (Temple of the Reclining Buddha) even has a massage school on its grounds. 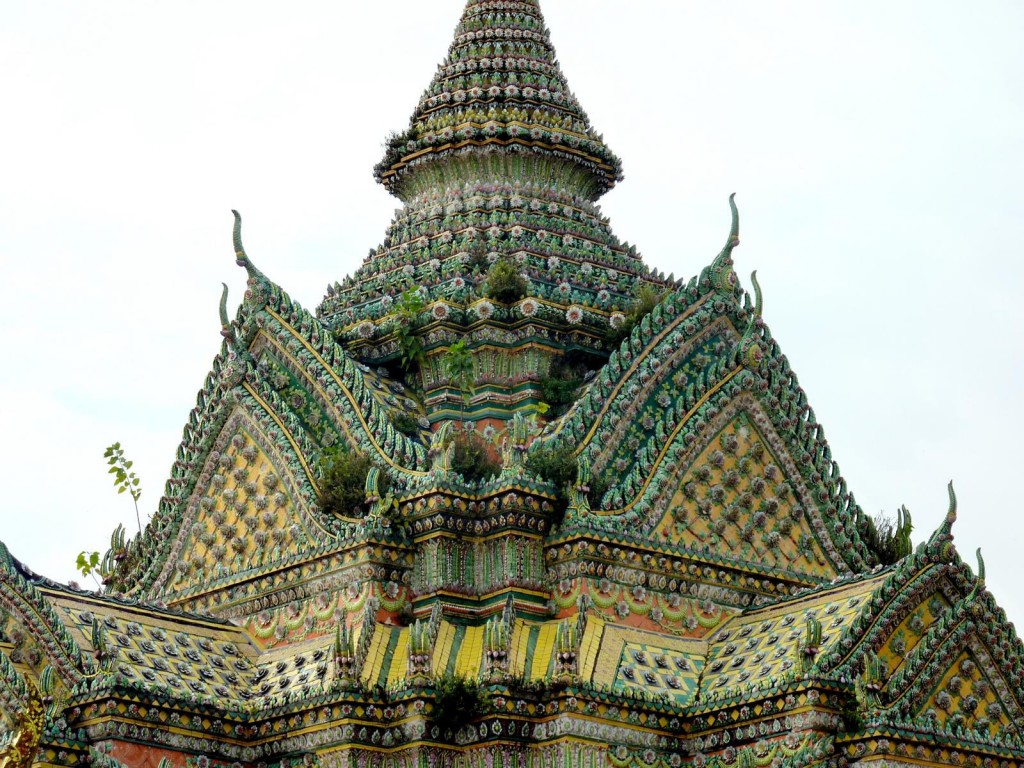