Etiquette 101: When and How Much to Tip in Thailand 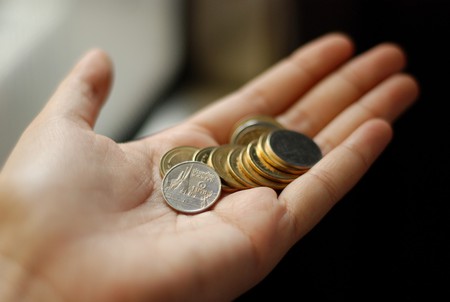 Depending on where you’re from, tipping can be seen in several ways; expected, such as in the United States; appreciated, like it is in the UK; or rude, as it is considered to be in Japan. When it comes to Thailand, while tipping isn’t necessarily customary, it’s certainly appreciated. However, it’s not as simple as giving a percentage of your bill – there are certain situations where it is more appropriate to tip, and some where it isn’t. Here’s a guide to the etiquette surrounding tipping in Thailand.

Depending on where you’re eating, the tipping culture could be vastly different. If you were to order street food and tell the vendor to keep the change, there’s a high chance that they might insist you take it back – whether through humility or confusion at a perceived overpayment – even if it’s just five baht. Doing as the locals do is sound advice for any travellers, and you’re unlikely to see a local tipping a street food joint so don’t worry about it too much. If the food really was that delicious, order another one or leave a few baht on the side and make your escape before they have the chance to thrust it back into your palm.

Eating in restaurants or cafes is another story. It’s worth keeping in mind that the waiting staff in such places often work long hours with little breaks for less than $10 a day. If you order a snack and a coffee that comes to, for example, 85 baht, then it’s common to simply leave behind the remaining 15 baht change or a 20 baht note that you’re unlikely to miss, but which could help to make all the difference for a young waitress with a family or a university course. If you’re heading to an area for a prolonged amount of time, leaving a tip each time isn’t necessary but can see you rewarded with better service and preferential treatment as a regular.

Naturally, the pricier the restaurant, the more you’ll be expected to tip. Once you start to hit the high-hundreds with your bill, you can start to think about tipping 10% and up for good service, though make sure that service charge isn’t included in your bill already.

Fair Fares and the Knead for Tips

In any big city in Thailand, and certainly in the touristy areas in Bangkok, finding a taxi driver that will actually use the taxi meter can be a real pain. With that in mind, it’s worth rewarding the drivers who do, with a small tip. There’s no need to break the bank; if it comes to 61 baht for example, give him 70 and don’t expect the change. They’ll be grateful for it and it might convince them to continue earning an honest living and not quote 200 baht for a trip that’s virtually around the corner. 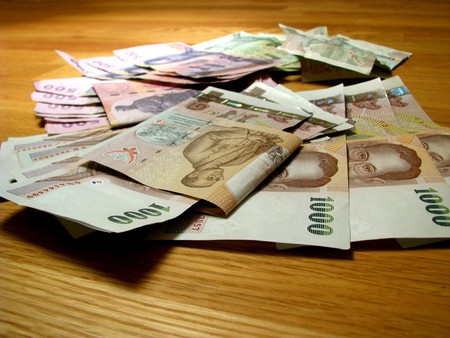 As anyone who has visited Thailand will know, massage shops can be found on virtually every corner, making for fierce competition between shops and price wars that can make it easily affordable for a tourist. Massages are personal and catered for the receiver, and can be tiring work. Not only that, the competition means that more often than not the masseurs can wait around for hours without a single customer, only to receive a pittance of the massage fee once the house has taken their cut. Again, tipping isn’t expected but it’s more than appreciated, so you may want to consider tipping the masseur perhaps 50-100 baht on a bill of 300 baht, and giving it directly to them. It won’t break the bank, but it can make a person’s day.

Suite Dreams and the Guide Price

There aren’t many things worse than not double checking your booking and arriving at your hotel weary and jet-lagged, only to discover you’re on the fourth floor and there’s no elevator. Spare a thought for the poor bell boys and porters who’ll have to lug your luggage up there! These jobs, along with housekeeping jobs in a hotel, are quite often low paying with long hours and high standards, so a tip of 20 baht per bag carried or per room cleaned can go a long way. 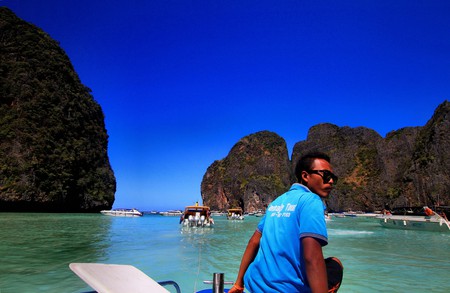 Tour guides can make or break a trip | © Phalinn Ooi/Flickr

Tour guides can be very hit and miss in Thailand. Some can absolutely make a trip, while others may carry a vibe that they’d rather be anywhere else. The amount you tip should vary with the service and length of time the tour guide is with you. For great guides who have been with a group the whole day, it’s not unusual for them to be given upwards of 1,000 baht – a large amount for someone who will only earn around 15,000 per month. If you’re not happy with the service, there’s no obligation to tip but keep in mind that everyone has good and bad days, and the hours can be long and exhausting.

Use Your Own Judgement

As the Thais say, it really is “up to you”. There’s no expectation of tourists to tip but it will certainly be appreciated. It can be easy to pass through a town that you’ll never visit again without tipping, but good service and satisfaction should always be rewarded. Keep in mind the amount of money people in restaurants and hotels earn, and think twice before scooping those coins out of the change tray. 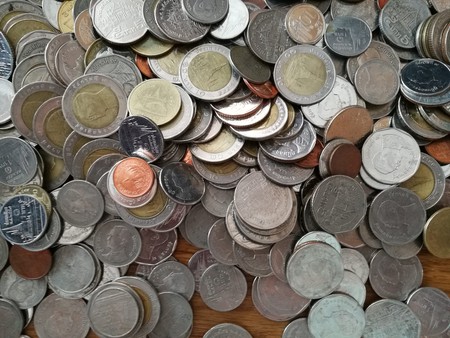