Bangkok Street Art | From Graffiti to the Gallery

Art lovers based in Thailand’s cultural stronghold of Bangkok have certainly noticed that there has been a surge of exhibitions featuring work of successful international street artists. Here are some of the best exhibits in Bangkok for viewing the work of street artists from around the world. 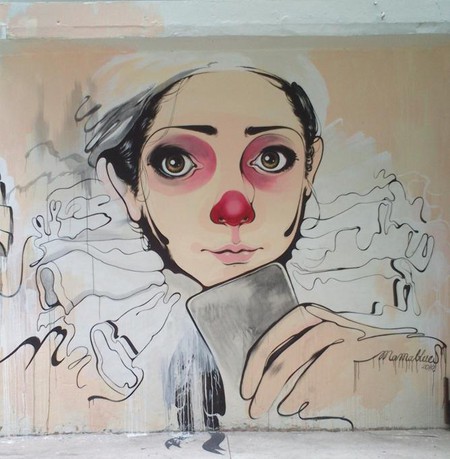 Those unfamiliar with street art might have gotten their first taste at the first international street art festival in Thailand, which takes place in Bangkok every year. BUKRUK, which translates to ‘invasion’, started as a collaboration between 11 Thai and 16 European street artists. The festival was organized by Toot Yung Gallery, Nemo Studio and BKK Arthouse with exhibition areas including the Bangkok Art and Cultural Center and walls around the city center. 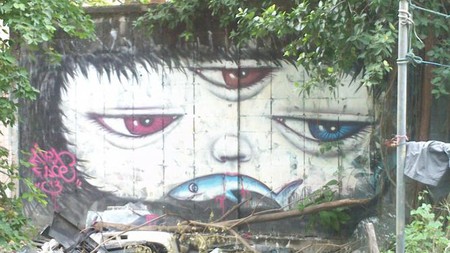 Two well-known street artists attended the festival—Patcharapol Tangruen aka ALEX FACE and Danaiphat Lersputtitrakan aka BON. Both have already received international attention for their work, including a successful exhibit at the Frieze London Art Fair in 2013. In addition to showing in London, ALEX FACE has also presented his iconic three-eyed bunny ‘Mardi’ (said to be inspired by his daughter) in Korea and Taiwan. 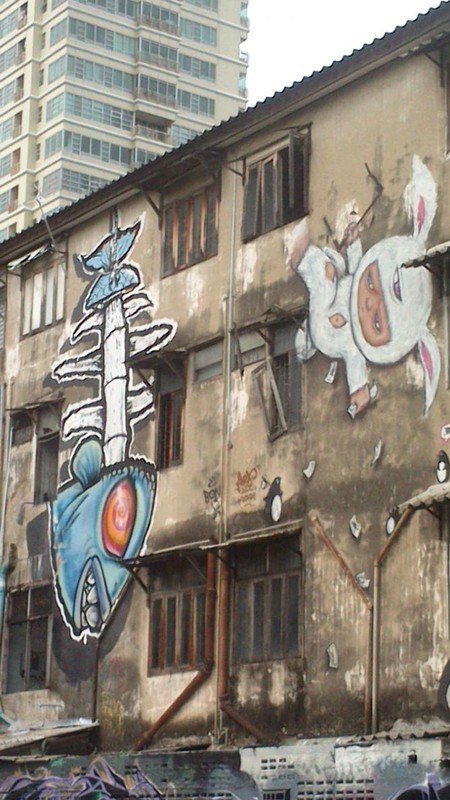 ALEX FACE actually studied architecture, but realized he could interact with the public more directly through graffiti. His pieces attempt to express frustration with local problems. Similarly, BON gives attention to a changing society and refers to social and cultural problems with his colorful characters. After his graduation in 2005 his reputation has grown and culminated in his first solo show at the Soy Sauce Factory in Bangkok’s Chinatown. He prepared for the exhibition for two years, creating canvases, installations, etchings and sculptures, transforming street art into work fit for a gallery. 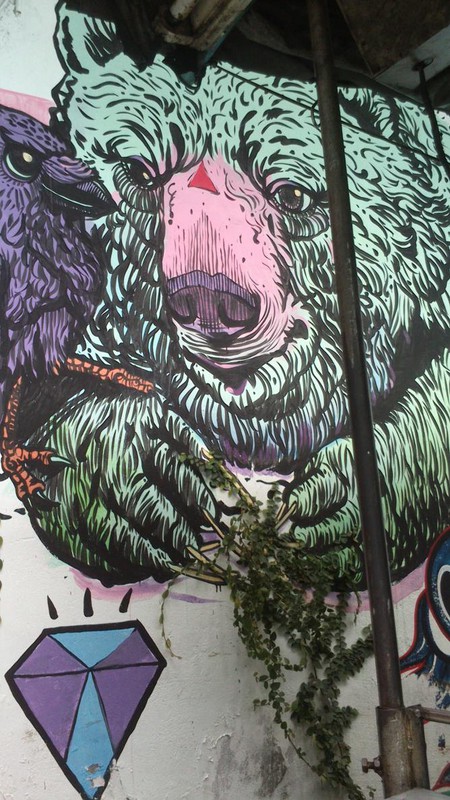 Another iconic symbol that can be found on walls in Bangkok is the bear of prominent Thai artist known as BONUS TMC. The artist also recently had his first solo exhibition, titled ‘Animal Planet’ at Goja Gallery. In the Phra Khanong area, an area of Bangkok that’s becoming more artsy by the day, visitors can easily spot BONUS’s work on the street and in galleries. In W District, the reopened Hof Art Space welcomes you with an exhibition showing pieces by Thai and international artists. 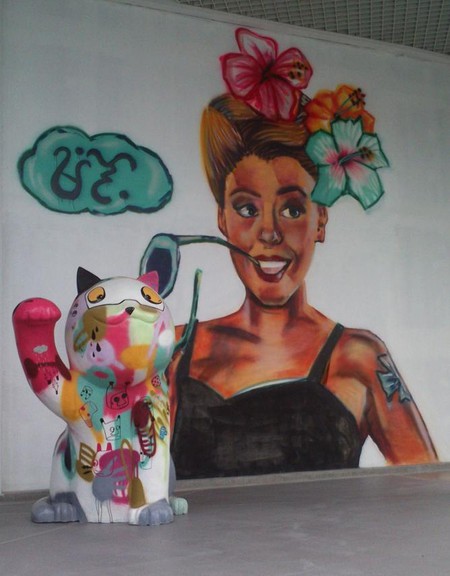 As well as these three renowned Thai artists, there are also international tracks on the city walls. The three French artists that make up BIRDY KIDS have just brought their characteristic paintings in an exhibition at the Badmotel. Another graffiti artist, A.EM., made up of graphic designer Guillaume and print expert Gautier have spread their iconic bird design with several techniques such as graffiti, collage and serigraphy around the world. 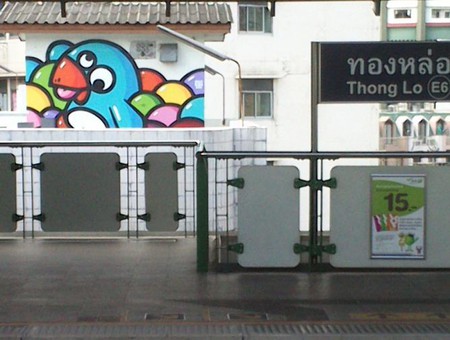 Another collaboration of street artists is the Japanese duo DOPPEL. Kohei Yamao aka BAKIBAKI, who is renowned for his traditional Japanese hemp patterns, joined forces with Kontaro OOyama aka MON in 2001. Together they have shown their murals in an exhibition and at least one of their street paintings in Bangkok as they’ve done previously in Japan and locations in Southeast Asia. 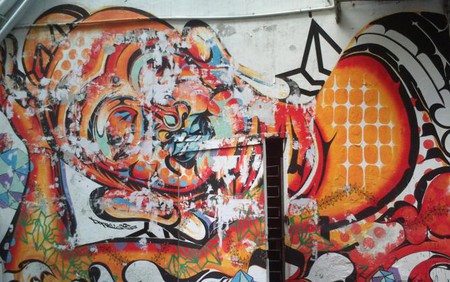 This a testament to the idea that street art can connect people with their surroundings, a notion that will continue to inspire galleries around the world.