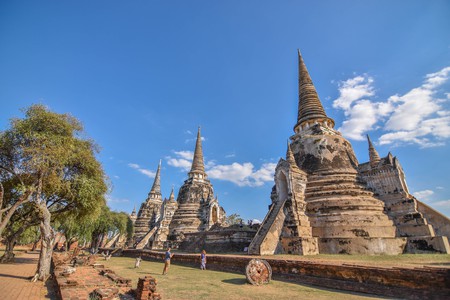 Before Bangkok was even on the map and before we came to know the Land of Smiles as Thailand, the capital of Siam was Ayutthaya. While it exists in ruins today, once upon a time it was a major city and trading hub. Here’s its story. 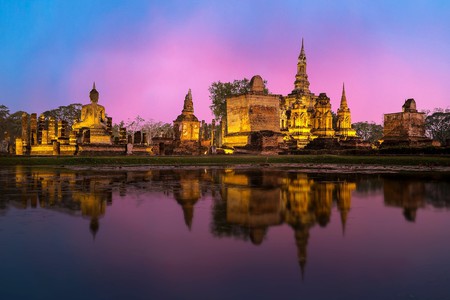 Historically, Thailand – and indeed much of Southeast Asia – was made up of a series of different kingdoms, and it was from these kingdoms that Ayutthaya came to be. It’s thought that in the mid-14th century, King Uthong of Lavo Kingdom moved southwards towards the fertile floodplains of the Chao Phraya River, the very same river that now runs through Bangkok. It was strategically founded above the tidal bore on an island beside three rivers, meaning it was not only protected from flooding but from attacks from naval forces of nearby kingdoms. This location proved to be key, as Ayutthaya grew in power and influence over the coming centuries. 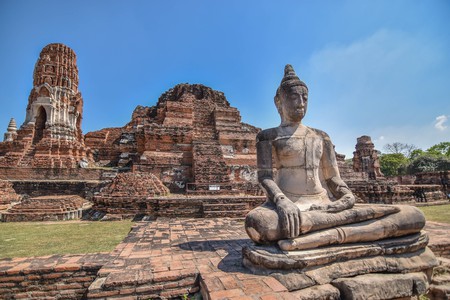 Ayutthaya began taking over nearby kingdoms, such as fellow former Thai capital Sukhothai and Lan Na – modern day Chiang Mai – but it was wars with nearby Burma that proved to be the downfall of the great city. Ayutthaya had grown to be a large kingdom with in excess of a million inhabitants, and was one of the largest trading centres in Asia, connecting the continent with Africa and Europe and ideally located between India and China. Foreign traders and settlers brought new ideas, architecture and artistic styles, which were evident from relics found in the modern-day ruins, and importantly brought prosperity to the city. 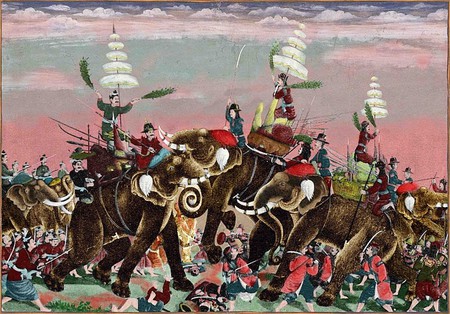 The neighbouring kingdom of Burma invaded and fought many wars with Ayutthaya between the 16th and 18th centuries, with mixed results for both states. Ayutthaya had a particularly memorable victory during the fourth siege of Ayutthaya in 1593, where King Naresuan defeated the Burmese crown prince Mingyi Swa in single combat, with both fighters on elephants. However, while that was one victory, Burma eventually came out on top. Following decades of power struggles in Ayutthaya, Burma’s siege of the city proved to be its downfall, and the Burmese razed the city to the ground. A new capital was later founded in Thonburi, close to modern-day Bangkok, by Taksin, who fought to liberate his people from the Burmese.

Following its destruction by the Burmese, the city was largely left abandoned. The wooden buildings in the city might be lost forever, but many of its stone buildings, including temples, prangs, chedis and statues, can still be seen today. While many of its treasure were lost to looters, it’s thought that such practices actually provided it with its most enduring image – that of the Buddha head growing in the roots of a banyan tree. It’s said that a thief left it there, unable to carry it due to its weight, and forgot about it, with the rest being history. 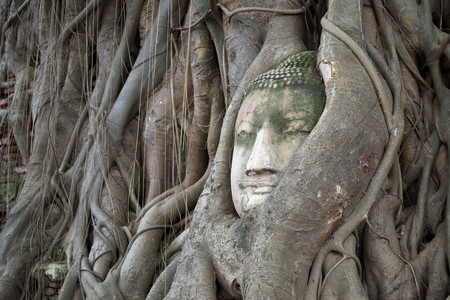 The head in the roots | © Waratharn / Pixabay

Its close proximity means it’s a popular day trip choice for those staying in Bangkok, and the success of the Thai TV show Buppae Sanniwas – a rom-com set in 17th-century Ayutthaya – has seen crowds descend on its ruins in their droves on weekends. Its historical park is home to some of the most beautiful and well-preserved ruins in the country, and is truly a must-visit for anybody coming to Thailand.