A Visual Journey Through The Historical Ruins Of Sukhothai In Thailand

The kingdom of Sukhothai (Rising of Happiness) is one of the most magnificent examples of religious art and architecture in Thailand. The remains of it, known as meuang gow (old city), consist of 45 square kilometers of partially rebuilt ruins from Sukhothai’s 200-year long dynasty. 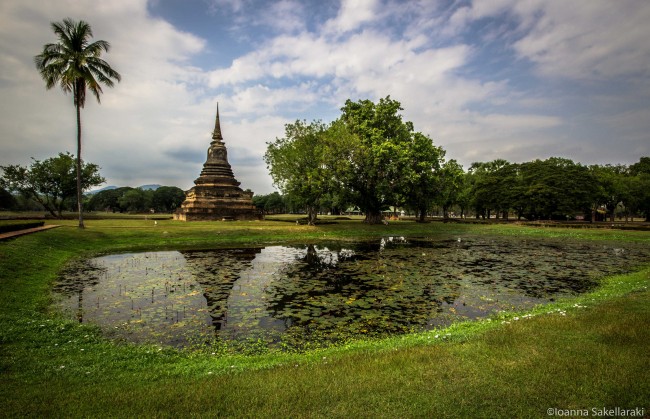 Sukhothai’s Historical Park is one of Thailand’s most impressive World Heritage Sites. Divided into five zones of various, impressive promenades, it is one of the most visited ancient sites in the country. 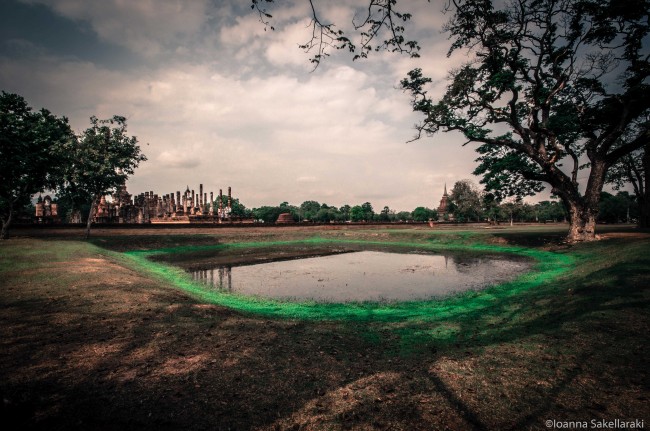 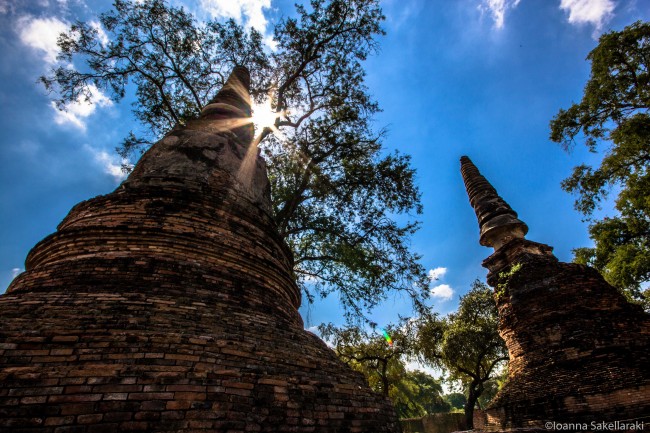 Most of the temples feature chedi-style architecture (lotus bud motif of conical spire topping a square-sided structure on a three-tiered base). Architectural patterns have been gradually modified and rebuilt throughout the years. 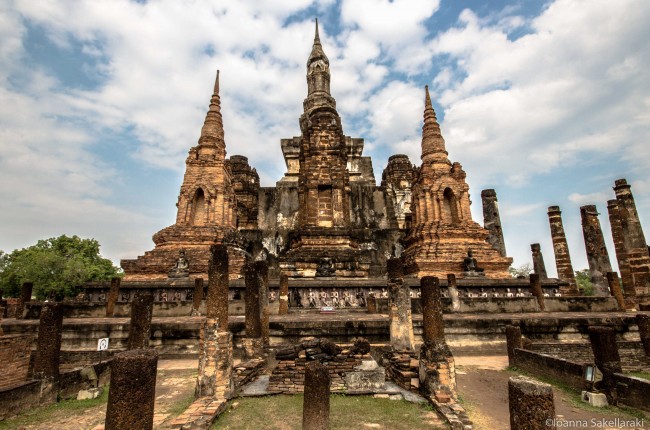 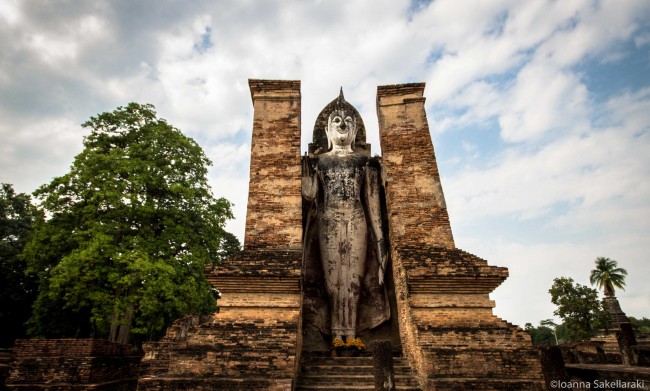 Wat Mahathat temple is the largest temple in Sukhothai, surrounded by brick walls and a moat that is believed to represent the outer wall of the universe and the cosmic ocean. The temple was completed in the 13th century and is one of the most impressive sites of the Historical Park. 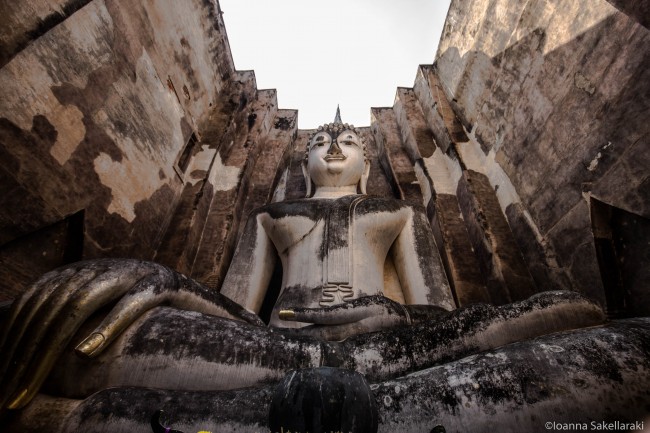 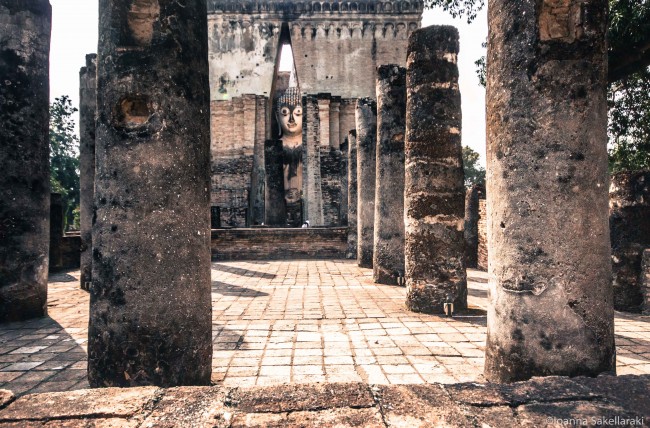 Wat Si Chum temple is situated in the northern zone of the Historical Park containing a 15-meter brick and stucco seated Buddha, an amazing sight among others. 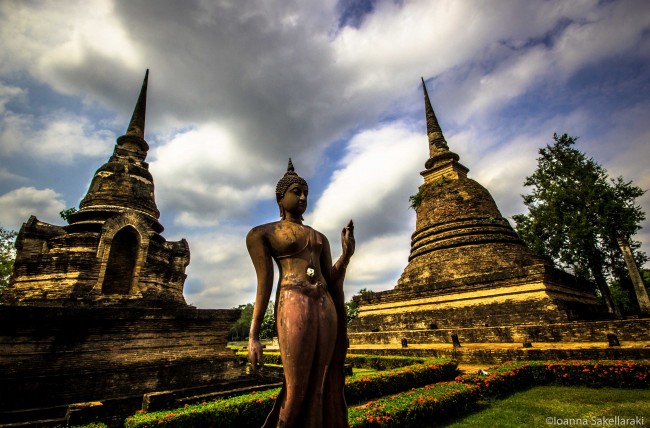 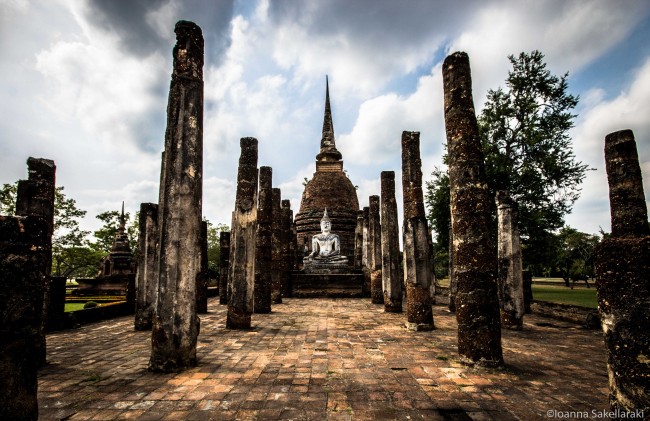 Wat Sa Si, also known as ‘Sacred Pond Monastery,’ is one of the classic Sukhothai-style temples consisting of a large Buddha, one chedi and a series of column ruins. 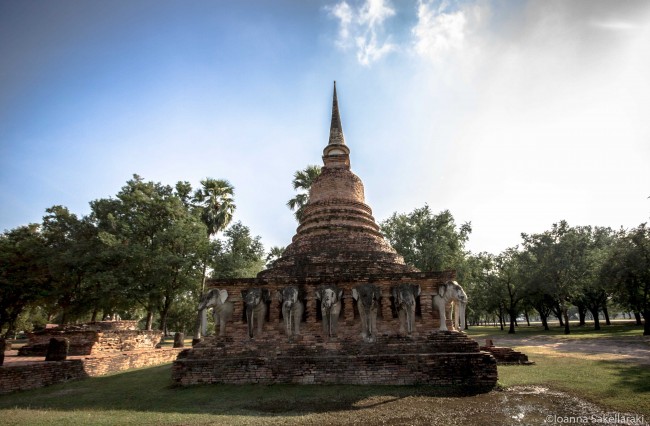 Wat Chang Lom, also known as the ‘Elephant Circled Monastery,’ is a sacred memorial consisting of 36 elephants sculpted into its basis.