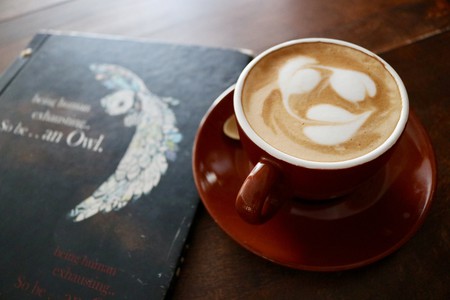 Ekkamai is oftentimes overlooked by visitors to Thailand. With its hard-hitting neighbor, Thonglor, stealing all its potential suitors, this area remains an expat and local favorite but is abandoned by tourists. Join your fellow Thai hipsters and get in on the cool, as we present a guide to Bangkok’s neighborhood, Ekkamai.

Ekkamai is chock full of delicious eats. In addition to plenty of choices, the eateries here tend to be affordable in comparison to other parts of town. In addition to the following restaurants, there are plenty of street side vendors selling everything from noodle soup to Thai basil chicken. 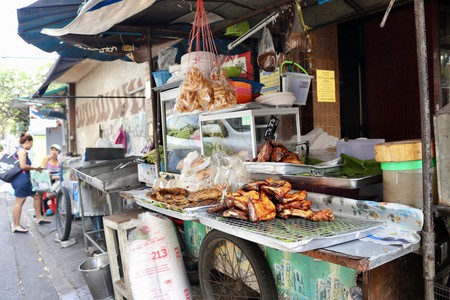 Thai
Foodies on the hunt for unique Isaan dishes should choose Ekkamai as their neighborhood of choice. There are more than a handful of restaurants strictly serving up this exceptional cuisine and at incredibly reasonable prices. Some of the best restaurants to chow down on Isaan food include Tamnak Isan, Hom Duan, Sabai Jai Gai Yang, and Tor Um Tum. One of the most popular Thai restaurants in town, Baan Rai Coffee, is just steps off the Skytrain. In addition to Thai food, this outdoor bazaar (of sorts) is open 24 hours a day, and it is a popular spot to sit and have a beer. 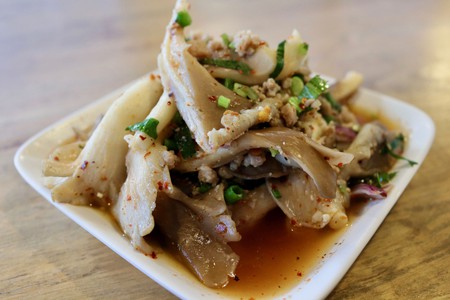 International
Curry lovers will be happy to hear that one of the best Indian restaurants in the capital, Spicy by Nature, is just a short walk from the Skytrain. There is also One Ounce for Onion, a food and coffee duo with some delicious brunch options. If Japanese is what visitors are after, Kuroda Japanese Restaurant is a short walk from the train as well. Regardless of what you are craving, Ekkamai is sure to have it. Other delicious international restaurants include: 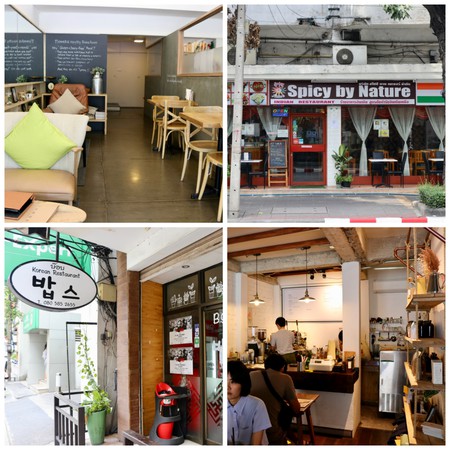 Vegetarian
Gluten-free, vegan-friendly, healthy; you name the dietary need, and Theera is bound to have it. This quaint café is located just behind Gateway Ekkamai, with cute seating and an inviting atmosphere that will make visitors want to stay awhile. For Thai-vegetarian, visitors should head down the quiet Bangkok Mediplex to Khun Churn, serving up delicious meat-free dishes without omitting any of Thailand’s amazing flavors.
Cafés
The cafés lining the main road and many sois (streets) of Ekkamai simply put other neighborhoods to shame. This area could be considered the caffeine capital of the capital, as there are that many unique coffee shops serving up the best and most delicious of brews. Some of the best coffee shops in the area include Phil’s Coffee Company, Kaizen Coffee Co., and Ink & Lion Café. 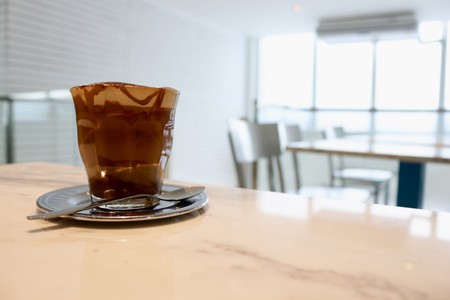 Night owls should head to 24 Owl Café & Bistro, with lengthy hours for those visitors who do not have time to sleep. Coffee lovers have many cafés to choose from in this area, including: 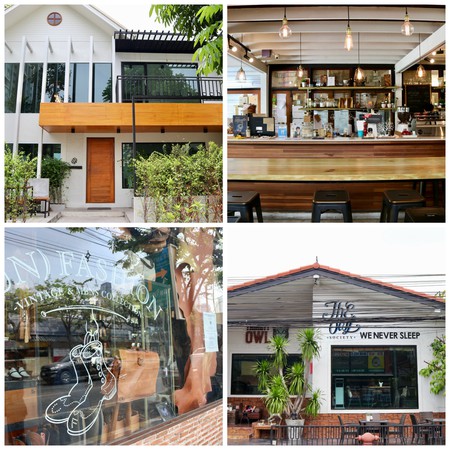 Being that Ekkamai is a popular hub for expats and locals alike, there is not much room for high-rising hotels or budget-friendly accommodation. That being said, there are a few places visitors can stay, though as long as accommodation is within walking distance of the train (at any station, that is), it is better to simply commute to Ekkamai rather than stay here. 63 Bangkok is just steps from the train and has a great free breakfast and is also a cool co-working space. Kaza Boutique Hotel has a great location and the staff are incredibly helpful and friendly, and the rooms are affordable in comparison to hotels around the city.

Ekkamai is equipped with some of the best second-hand shopping. For an abundance of leather goods and incredibly cool shoes, visitors should head to (un) FASHION Café, located just off Ekkamai Road. Other great shopping can be found at Gateway Ekkamai, the large shopping mall found right off the Skytrain. Ekkamai Major and Index Living Mall also have clothing and some unique souvenir finds. 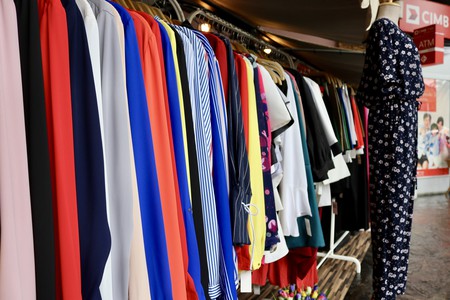 Those looking to do something other than shop can instead head to the movie theater, Major Cineplex, showing the latest international and Thai films. Those looking for something a bit more exhilarating can go ice skating at Sub-Zero Ice Skate Club. If that is still not chilly enough, Snow Town is also located in Ekkamai, where visitors can do everything from sled to take selfies with a giant polar bear. 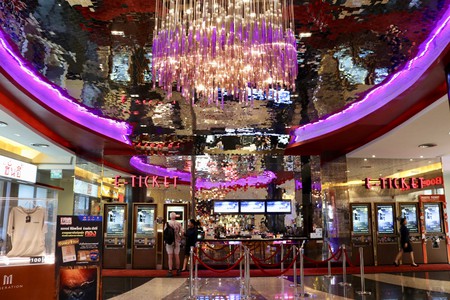 Surprisingly enough, there is also a temple right off the train in Ekkamai. Wat That Thong is a Buddhist temple that can be seen from the station, glittering in the distance. The temple dates back to the 1930s, and once inside, visitors will find a large, golden Buddha. It is not one of the most popular temples in the capital, but it is certainly noteworthy and worth meandering through. 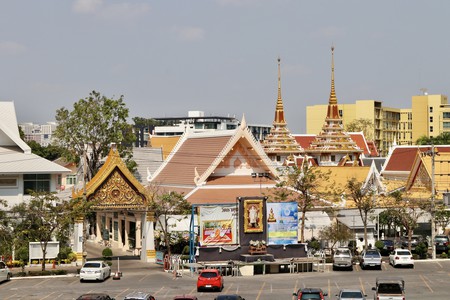 For those travelers who simply need to be pampered for an hour or so, one of the most well-known spas in the city is found along Ekkamai Road. There are, of course, the usual onslaught of massage parlors found on every street corner or so. Those who visit Health Land, however, know they are going to receive excellent service. 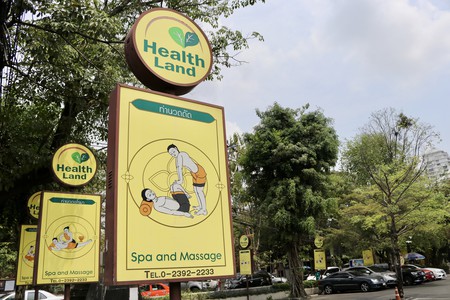 Ekkamai does not boast of having the best of nightlife. For one, it is found in between two nightlife heavy hitters: Thonglor and Phra Khanong. Thonglor is known for its abundance of bars, and Phra Khanong is home to W District, one of the cheapest places in town to down one too many bottles of booze. That being said, there are a handful of places to get buzzed in Ekkamai. Those looking to enjoy Thai beer late into the night should head to Baan Rai Coffee. Those looking to grab a proper brew should head to Mikkeller Bangkok, with 30 taps equipped with beer from around the world.

Other places to drink include: 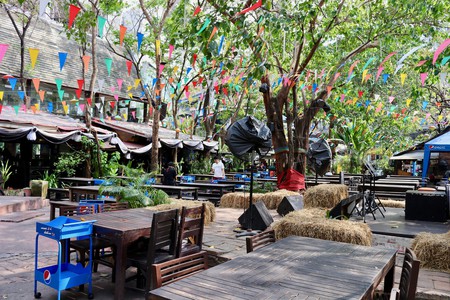