A Brief History of the Ancient Ruins of Ayutthaya in Thailand

Escape the current capital of Thailand to visit the old one: Ayutthaya. The historical city is about 70 kilometers from Bangkok, and it is filled with delicious food, a laid-back city vibe, and most importantly and noteworthy of all, the ancient ruins found throughout. Here, a brief history of these intriguing remains found in Ayutthaya. 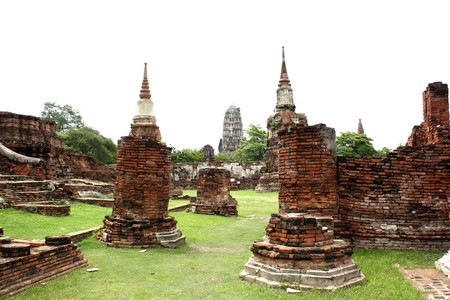 Sukhothai was the first Siamese capital of Thailand and was founded in 1238. Ayutthaya was later founded in 1350, but it did not become a thriving city until about 1378. It remained the flourishing capital for about 400 years (until 1767). Sukhothai took a back seat to the thriving new capital and was, for the most part, forgotten. It was put back on the map by Rama I, when he used ancient Sukhothai artifacts to enrich and decorate his temples in Bangkok during the Chakri dynasty. 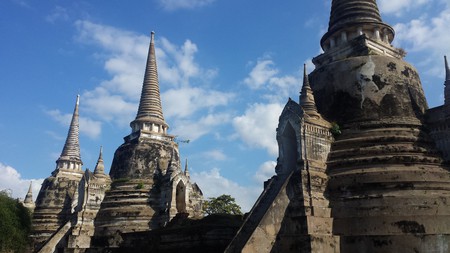 Ayutthaya remained the capital for so long for a number of reasons. For one, it was home to an extensive trading port that welcomed international merchants, many of whom were from Europe. The city was a memorable one to these travelers because of the many temples and palaces found here. In addition to trading, the waterways that surrounded the city were useful in terms of protecting it, creating a watery fortress of sorts. 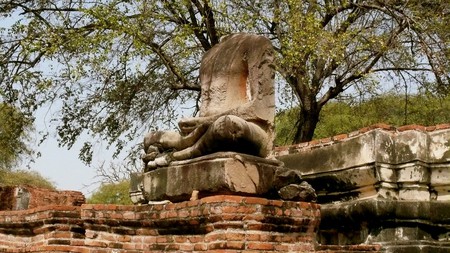 The city was named by the same man who made Ayutthaya the capital: King Ramathibodi. Ayutthaya was named after a magical kingdom from Thailand’s national epic, the Ramakien. 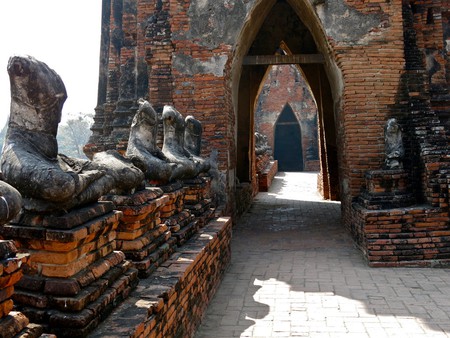 The old capital of Thailand came to a brutal end when it was attacked by the Burmese. Much of the city was devastated by fire, and those who were not killed were taken by the Burmese and forced into slavery. The city fell in 1767. Most of the city was destroyed, and what is left of these relics and temples are still found in Ayutthaya today, of which there are about 50. 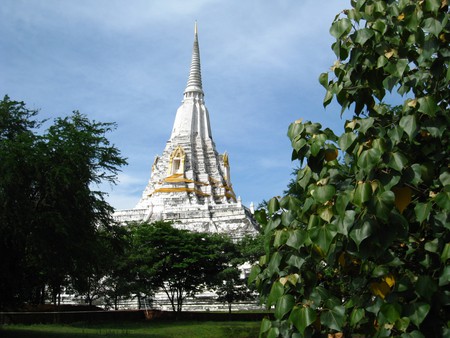 All of the ruins found in Ayutthaya today took about 150 years to complete in total. Many of the palaces were made of wood which did not withstand the fires that destroyed the capital – which is why mainly stone temples remain. The temples have their own Siamese style, but many of the temples’ construction drew upon inspiration from other influences, including Sri Lanka. There are also instances of Khmer architecture, as the capital started out as a Khmer military and trading outpost. These ruins were discovered in 1991, and they were designated a UNESCO World Heritage Site. Since then, the ancient city has been squeezed into busy Thailand travel itineraries and makes a great day trip for those who have a few days in Bangkok. 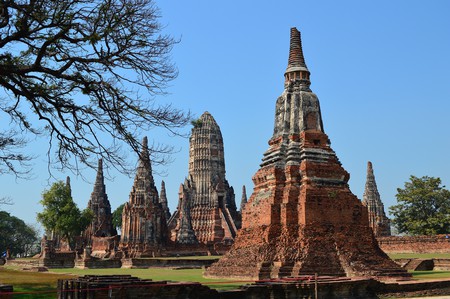 How to get there from Bangkok

The Victory Monument bus station is no more, so visitors will have to head to the MRT Subway Station Mochit or the BTS Skytrain Station Mochit to get to the northeastern bus terminal. It is here they will find buses to Ayutthaya. Visitors can also take the scenic train ride from the Hua Lamphong Station off the Hua Lamphong MRT Subway Station. Really adventurous travelers can opt to visit via boat, as well.