7 Spectacular Places to Cycle in Thailand 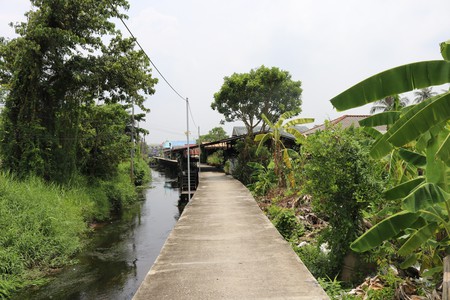 Exploring any country on foot can be a grueling feat. Renting a moped to get around can be dangerous. Luckily for travelers, there is a happy medium: cycling. Get ready to hop on a rot jak-ga-yahn, as we take you to seven spectacular places to cycle in Thailand.

The former Thai capital of Ayutthaya is located about 70 kilometers north of Bangkok. The city ruled the Kingdom up until Burmese troops came and almost destroyed the entire city in 1767. Ambitious cyclists have been known to ride from the current capital to the old one, though this trek is rather strenuous and can be exhausting in Thailand’s oftentimes unbearable heat. Those looking for something a bit more sedate may instead opt to cycle around the actual city, which sits in a lowland plane, devoid of many hard-hitting hills. Although much of the capital was destroyed in the fires set by the Burmese army, many of the palace and temple remains still exist in the ancient capital today, all of which are in cycling distance of one another. 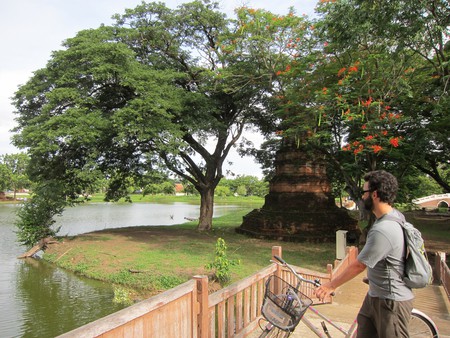 Be sure to explore and discover all there is to find in “the cradle of Thai culture,” otherwise known as the city of Sukhothai. It was the first kingdom of Siam and was established in 1238, leaving today’s city chock full of classic structures reflecting classic Thai architecture. This time was also known as the Golden Age. The style during this time is so distinct, in fact, that it has come to be known as “Sukhothai-style.” The city is home to the Sukhothai Historical Park, where visitors can explore these noteworthy ruins via bicycle. Visitors can also make their way to the neighboring area of Old Sukhothai, or Sukhothai Muang Kao, which is only about seven miles from the city. Both areas have been recognized as a UNESCO World Heritage Site. 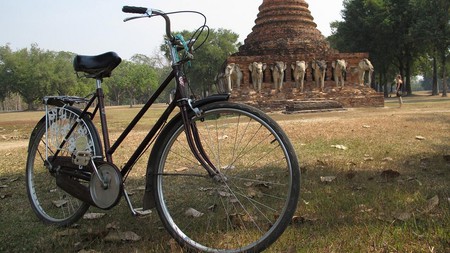 Visitors to Thailand do not necessarily have to make their way down south to visit an island, thanks to Ko Kret. Narrow, concrete trails make up most of Ko Kret, an artificial island located on the outskirts of Bangkok. The island was formed in the province of Nonthaburi about 300 years ago after a canal was dug to short an oxbow bend in the Chao Phraya River. The island is a bit of a trek to get to, but the journey is well worth the end destination. Visitors can rent a bicycle for an entire day to explore the island for only ฿40. The green oasis is filled with cool sites along the way, including Buddhist temples, charming riverside restaurants, stilted homes, and a vibrant and colorful market, for those visitors lucky enough to visit on the weekend. Ko Kret is almost completely devoid of any vehicles except for a few motorbike taxis, making it easy for cyclists to breeze around the island and enjoy the local sites. 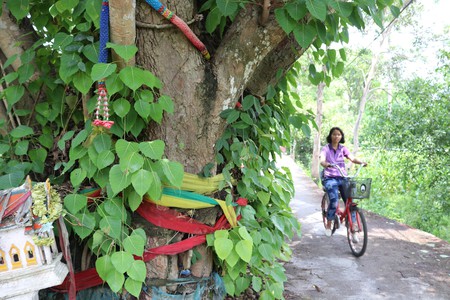 Historic temples and chedis sprinkle the city of Chiang Mai, one of the most popular destinations in Northern Thailand. While these can be explored on foot, the city is best seen by bicycle, as none of the top sites are that far from one another. As the former capital of the Lanna Kingdom, this era’s architecture can be found gracing one of the many relics found around the city. The most popular area to cycle is in the Old City, which is enclosed by a crumbling wall that, along with a moat, were put in place to protect the city from possible invasions. Visitors can cycle to each of the four gates and explore all of the Buddhist temples found in between. 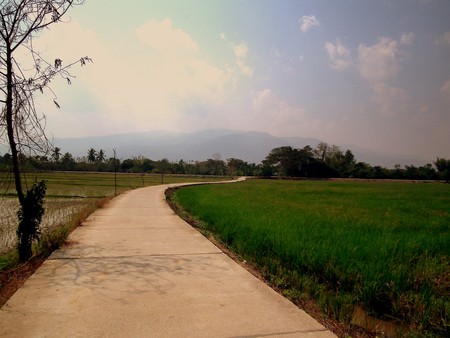 Known as the city’s green lung, Bang Krachao provides visitors to the capital with the perfect day-trip getaway. The island is located in Phra Pradaeng, and the majority of those who inhabit this tranquil place are of Mon descent, similar to Ko Kret. The island is hardly developed, and visitors are able to explore by bicycle for as little as ฿100 for an entire day. The trails here can be frighteningly thin, as the paths weave in and around some of the top sites on the island including the Bangnamphueng Floating Market, Sri Nakhon Khuean Khan Park and Botanical Garden, nine Buddhist temples, and more. 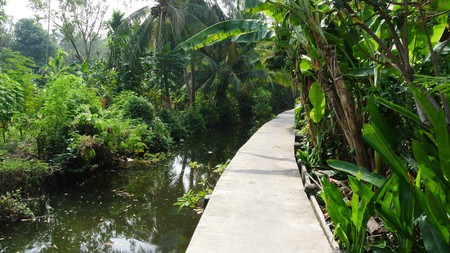 The province of Lopburi neighbors the city of Ayutthaya. The small town is known for the many monkeys that reside here, and many of tourists visit to take part or observe the Lopburi Monkey Festival. Though this is certainly what sets the city apart from others, it has so much more to offer visitors than just a photo opportunity with one of these furry primates. The city is home to a number of ancient Khmer ruins, a noteworthy palace, and many temples. All of the top attractions, including Wat Phra Si Rattana Mahathat and the San Phra Kan Shrine are within cycling distance of one another. Visitors should be sure to steer clear of these wild animals and be wary of carrying food on them: the long-tailed macaques love anything edible. 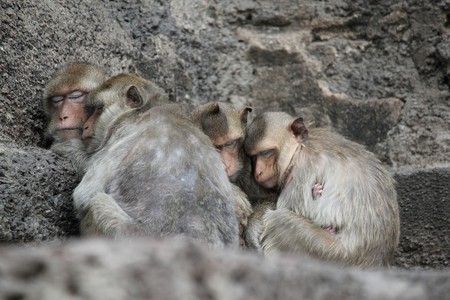 Though there are a handful of parks in downtown Bangkok which permit visitors to cycle around the green spaces, Lumpini Park is certainly the most noteworthy of them all. For one, the outer edge of the park is brimming with street food vendors. Visitors can hop on and off their bicycle as they please to stop and refuel for a ฿10 pork stick or a refreshing cup of coconut water. Though it is not the biggest park in the capital, the green space is certainly extensive, covering a total of some 142 acres. The high-rise buildings around its exterior make for a stunning backdrop as cyclists ride on the crisscross pathways that make up Lumpini Park. Be sure to watch out for the monitor lizards found here, as they are not shy and have no issue crossing a path without looking both ways! 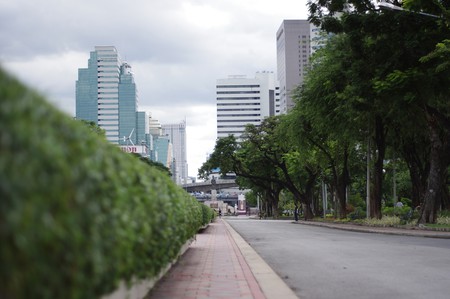 lumphini park (Bangkok) | © Courtesy of Kai Lehmann/Flickr
Give us feedback