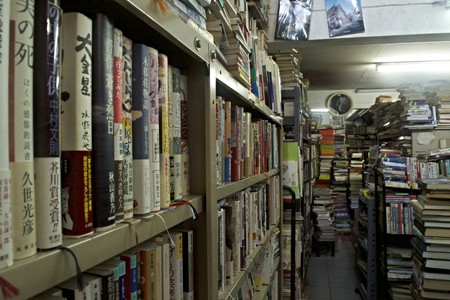 Heading into a country completely blind and without any knowledge about the culture, customs, or even geography, has never been the brightest of ideas. That is why we suggest picking up any one of the many books on, about, or set in Thailand. From murder mysteries to historical fiction, there are many novels that will help you navigate your way through the Land of Smiles, if not make you just a bit more familiar with this unique country. Get ready for your red-eye flight by picking up a copy of one of the best five books featuring Thailand.

The Bridge Over the River Kwai by Pierre Boulle

The Bridge Over the River Kwai by Pierre Boulle is the oldest book on our list, having been published in 1942. The story follows the internal struggle of a prisoner of war during World War II. It was during this time that POWs were forced to work on the railway that was intended to help the Japanese get to Burma from Thailand. This book has also been made into a movie in 1957. We highly recommend picking up a copy of this book, being that Kanchanaburi, the city in which the bridge was being built, is one city on many tourists’ itineraries, and one we think you shouldn’t miss visiting while traveling in Thailand. Make your trip that much more memorable by having a slight grasp of its history.

See Bangkok in an entirely different light in Stephen Leather’s book, Private Dancer. While the City of Angels is certainly known for its sex industry, Leather tells the story of an unexpecting traveler’s mayhem after falling for a pole dancer. Pete, the protagonist who saunters into a Bangkok go-go, is soon in love with one of the girls he meets. The book follows his turmoil as he discovers that the girl he fell for, Joy, is not who he thought she was. In the book, key scenes are told from the perspectives of different characters, shining a light on some of the cultural differences that are at play in this book. With surprising plot twists throughout, this is one novel you need to read either before, during, or after you have left the Land of Smiles. This is a great read for anyone spending any amount of time in the capital, as well.

The Beach by Alex Garland

The Beach, by Alex Garland, tells the story of a privileged British man, named Richard. He finds himself in Bangkok trying to escape his normal routine and find adventure. After receiving a map from a man who shortly thereafter commits suicide, Richard decides he must follow its instructions to find the secret island it describes. This book was made into a seemingly more popular movie in 2000. Many people claim that the movie The Beach, starring Leonardo Dicaprio, put Thailand on the tourist shoestring of places to visit throughout Southeast Asia. Scenes from the impeccable Maya Bay in the south of Thailand take over the screen as a much younger DiCaprio runs around like a mad man on a seemingly deserted island. If you plan on visiting any of Thailand’s beautiful islands, this is a must-read.

We love short stories, and Sightseeing by Rattawut Lapcharoensap is no exception. Unlike some of the other books on our list, this one is set in present day Thailand. The collection tells the tales of a number of different characters, including the son of a motel owner who falls for an American tourist. This book breaks the stereotypical box that tourists and visitors of Thailand oftentimes put this nation in. You’ll be hard-pressed when deciding which short story is your favorite in this powerful collection.

The luxury of reading. Enjoying myself with this short story Sightseeing. It's a collection of short stories from Thai young author Rattawut Lapcharoensap. #bookaholic #lifeisbeautiful #reading #thaibook #rattawutlapcharoensap #artofreading

Bangkok 8 by John Burdett is the first novel in a series of six. This thriller will have you roaming the back streets of Bangkok as Sonchai Jitpleecheep, the main character, seeks revenge for his partner who was murdered. This story wouldn’t be complete without a love component, which is provided by an FBI agent named Jones, who Jitpleecheep is paired with in hopes of avenging his friend. He inevitably falls for her, but this is no ordinary love story. Watch as these two reveal a much more sinister Bangkok than many of us will ever be exposed to during our travels. Learn more about the city, Buddhism (which Jitpleecheep practises), and much more in this violent, edgy, and exotic novel.

Many October mornings I've spend reading this book. If this author thoughts wasn't complete answers to some questions I've been asking myself for a while, it definitely put me on the right track. Thank you, John Burdett! Happy to meet you! #johnburdett #bangkokeight #baltoslankos #knyga #skaitymas #book #reading #bookstagram #ilovebooks #ilovereading #octobermornings