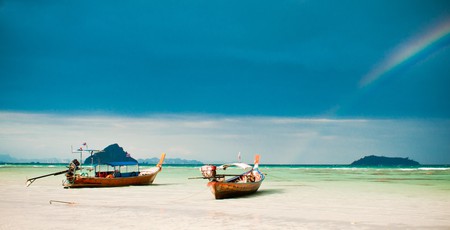 Rainbow at the beach | © Kevin Tao/Flickr

Thais are a superstitious bunch, with an endless list of cultural beliefs. Many superstitions involve ghosts or bad luck and while some are referred to in good humour others are simply stated as fact. Eager to discover more about Thai culture? We’ve compiled a list of 10 curious superstitions you’ll find in the Land of Smiles.

Ghosts will tell you the winning lottery numbers

Ghosts play an integral part in Thai culture and belief, so much so that they are even believed to predict your future in the form of the next winning lottery numbers. This can happen in a number of ways and even occurs in haunted trees “hinting” lottery numbers.

Do not get a haircut on a Wednesday 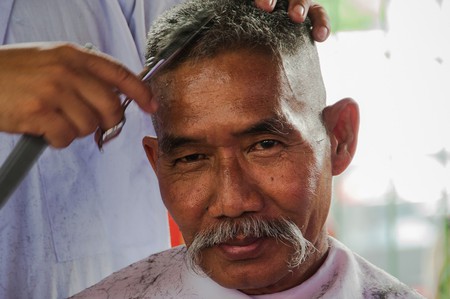 A man getting his hair cut | © Mark Fischer/Flickr

How long will you live?

It’s simple. If a picture of you falls off the wall and the glass or frame breaks you will die soon. When you are eating noodles, don’t cut the noodles, the longer the noodles the longer you will live.

Babies are not cute! Well, they are but…

The children are adorable in Thailand and it is hard not to go all mushy and exclaim how adorable they are, but superstition is that if you call a baby cute it will be taken away by a ghost. It is also believed that if a pregnant woman attends a funeral her baby will be haunted by the spirit of a dead person once it is born. 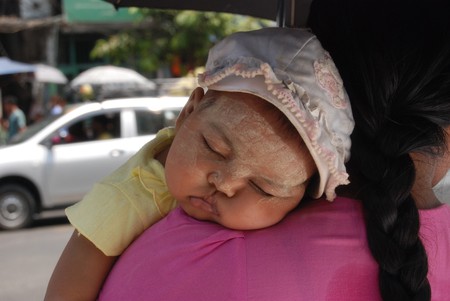 All the single ladies

If you are a single female and sing while cooking or eating you will end up with an old husband. This belief was used to scare women who feared they would end up with an ancient husband.

Think twice before pointing at a rainbow

In many cultures, rainbows are considered good luck – in Thailand if you point at a rainbow your finger will fall off. It is advised (and safer!) that you point with all your fingers and the palm of your hand, same goes for holy images.

Rainbow at the beach | © Kevin Tao/Flickr

You’ve likely spotted Thai people wearing amulets of Buddha images with gold or silver plating around their neck. These are not simply decorative jewellery, they are believed to have sacred powers and protect from accident and illness, a form of local life insurance.

Don’t leave home if you….

If you hear a gecko before you leave your home, it is considered a warning sign that something bad will happen and you should, therefore, stay home. 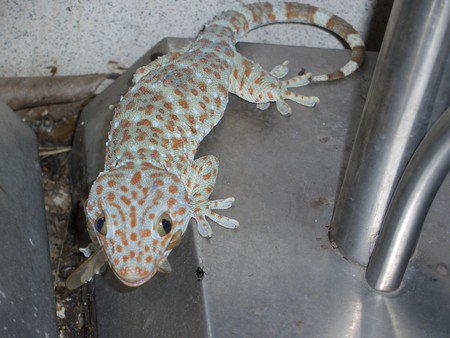 A gecko eating a bug | © recoverling/Flickr

Luk thep, which translates to child angel, caused a viral fad when Bangkok hipsters decided to carry around these haunted dolls where ever they went. Luk thep, contain the spirit of a child and are believed to boost cash flow and bring prosperity to their doting humans.

Don’t look between your legs! (It’s not what your thinking)

It is a common belief that if you bend down and look between your legs you will see a ghost, many Thai people avoid doing this as they are scared of coming face to face with a ghost.