How To Spend a Week in the Kansai Region 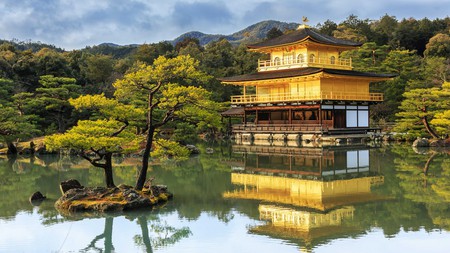 Kansai is a region made up of seven Japanese prefectures including Osaka, Kyoto and Nara. It is home to ancient capitals, vibrant entertainment centres, and places of religious pilgrimage dating back over a thousand years. Get the most out of this fascinating region using this guide on how to spend a week in Kansai. 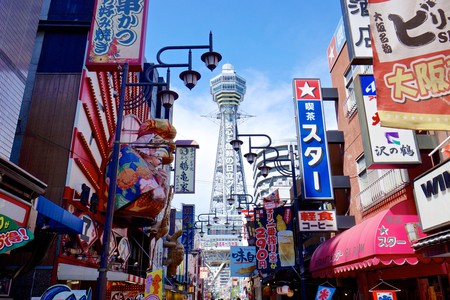 Kick things off with a bang in Kansai’s craziest city. Osakans are quirky and proud of it – throwing yourself fully into the area’s many idiosyncrasies will introduce you to the Japan you’ve always heard about.

Walk through the exciting Dotonbori district by day, and sample the best food in the nation; by night, the area is lit by colourful advertisements towering multiple stories high and populated with host boys and girls soliciting customers for their fancy clubs. Among the kitsch are more traditional stops like Nambayasaka, Osaka’s most visually striking shrine, and Hozenji, an otherworldly hidden temple.

Osaka nightlife is definitely where it’s at. Even if you’re not a partier, one of the best ways to meet locals is to get drunk with them, and Osaka – known for its down-to-earth residents and incredible bar scene – is the place to do just that. Luckily, there are many nice places to rest once you’re done. 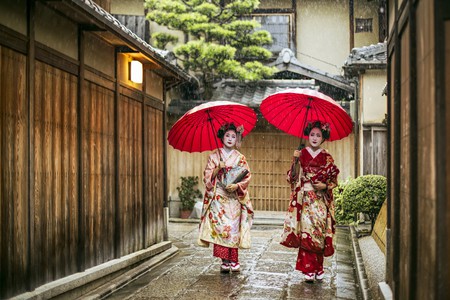 You’ll probably be exhausted after your all-nighter in Osaka, so slow things down with a trip to Japan’s most storied city. Home to more temples and shrines than even the locals could ever visit, it’s brimming with history.

Life in Kyoto is centred on the Kamogawa, a gorgeous river that provides a relaxing community refuge. It is the perfect place to observe Kyoto while taking a rest from exploring the city’s best sights, which happen to be nearby.

There’s Gion, the fabled geisha district, where these Japanese entertainers still train and work. Nearby is Yasaka Shrine, once called Gion Shrine, home of Japan’s most famous festival, the Gion Matsuri. Down the road is Kiyomizu Dera, a massive temple with a terrace offering sweeping views of the city.

By night, wander Pontocho Alley, an atmospheric street, and dine at one of the restaurants along the Kamogawa. 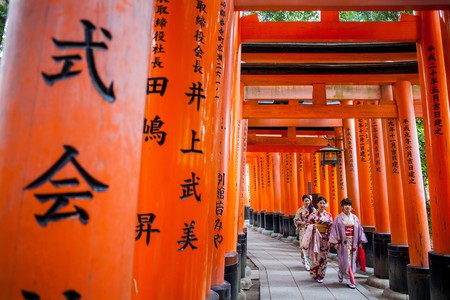 Take a whole afternoon to explore one of the most photographed places in this photogenic country, the famous Fushimi Inari Shrine. Thousands of torii (shrine gates) stretch up an entire mountain, creating a sacred tunnel that leads you to the top.

Fushimi Inari has many paths for wanderers to explore. Even if you don’t branch off the main trail, the full hike can take a couple hours and certain parts are a little steep, so dress appropriately. The area also has many places to relax, eat and shop.

After, head back to nearby Kyoto for a tasty meal and some sightseeing around Kyoto Station. Learn about Japan’s world-renowned trains at the Kyoto Railway Museum, or enjoy a stunning night view at Kyoto Tower. 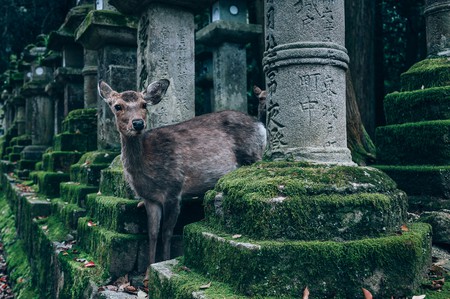 Nara is a gorgeous town renowned as Japan’s first capital. It is now a whimsical destination where deer wander the city streets, and ancient homes and temples mingle with modern houses and businesses.

Take a train to Nara Station, and from there head towards Nara Park. Along the way, stop at Nara Machi, an area filled with historic machiya (townhouses) converted into cute shops and restaurants. Next, walk through the park and feed the local deer, known to bow to tourists in exchange for biscuits. Finally, head to Todaiji, once the largest wooden structure in the world and home to one of the nation’s three giant Buddhas.

On your way back to the station, stop at Higashimuki Shopping Street. This covered arcade is home to many souvenir shops and restaurants open in the evening. 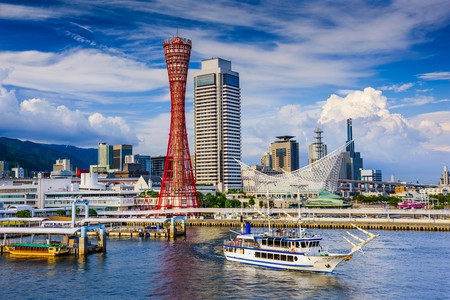 Kobe is one of the chicest and trendiest cities in Japan, and one of its best attractions is Harborland. This shopping and entertainment district is located on the waterfront and is beautiful year round.

Also at the port is Meriken Park, home to Kobe Port Tower. Among the natural and artsy features of the park is a memorial to the Great Hanshin Earthquake. This quake decimated the city in 1995, though these days it’s impossible to tell.

Two other areas of note are Nankinmachi and Kitano. Nankinmachi is the city’s Chinatown, a vibrant place with many wonderful shops and restaurants. Kitano is an area formerly occupied by many European merchants and diplomats. The district is now home to many museums, boutiques, and cafés occupying the old mansions. Don’t forget to try Kobe beef! 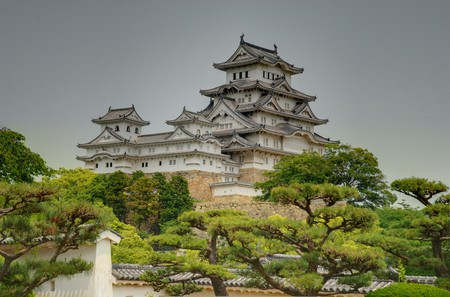 Himeji is known for Himeji Castle, Japan’s most beautiful and famous. Known as the White Heron Castle, it recently underwent renovations to restore it to its former ivory glory. The white castle is the oldest castle in the country still standing in its original form. It’s surrounded by a garden that is especially gorgeous during the cherry blossom and autumn seasons.

Nearby is Mt Shosha, the location where much of The Last Samurai was filmed. At the top of the mountain, reachable by a ropeway from Himeji City, is a temple complex called Engyoji. The temple buildings are spread out across a forested area, making the journey feel all the more sacred. 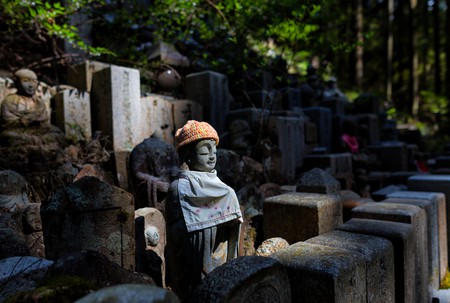 Deep in the mountains of Wakayama Prefecture is this sacred temple town. Founded by a monk posthumously known as Kobo Daishi, Koyasan is the headquarters of Shingon, an esoteric sect of Buddhism.

Koyasan is home to many incredible Buddhist temples and even some shrines, but the highlight is Okunoin. This is Japan’s largest cemetery; it can take hours to walk through the many tombs, statues and temples.

Many of Koyasan’s temples offer lodging for tourists. An overnight temple stay provides a fascinating look at ryokan, traditional Japanese inns. Guests who rise early enough can even join in the monk’s morning meditations. Finish your trip in Kansai feeling cleansed and refreshed.