10 Comic Characters In Hong Kong You Need To Know 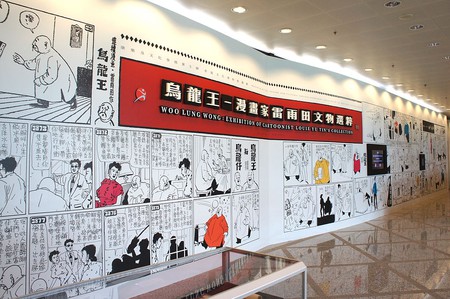 The history of comic books (also known as manhua) in Hong Kong can be traced back to 1911, when Sun Yat-Sen (the founding father of the Republic of China) used comics to satirise the corrupt Qing Dynasty. Over the years, the local comics industry has experienced various twists and turns due to influence from Japanese and Western anime, as well as local films. Check out our guide and discover the top 10 most iconic comic characters in Hong Kong.

Old Master Q is thought of as the centre of the Hong Kong comic universe, created by famous manhua artist Alfonso Wong in 1962, and known as ‘Captain Hong Kong’ to diehard readers. The character’s appearance – traditional Chinese chongshan, a pair of small glasses perched on the bridge of his nose, perfectly symmetrical moustache and quirky facial expression – always makes him stand out to readers. Witty, whimsical, ready to fight for the weak and quite the daredevil in his everyday life, he is partly good and partly bad, and – though constantly torn between Chinese and Western cultural influence – he is stubborn about maintaining his traditional Chinese values. His acquaintances include Big Dumb, Mr. Chun, Old Chiu, Ms. Chan, various pets and even aliens. 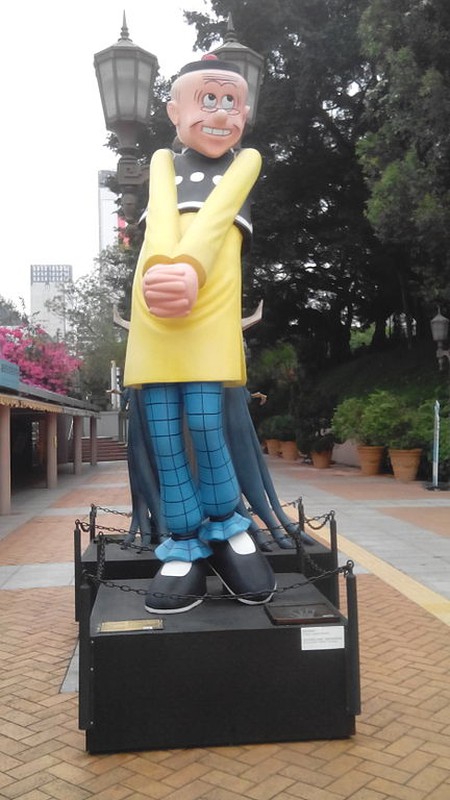 This comic dates back to the 1970s, now a complex series of 40 volumes, each one portraying Cowboy’s family matters, particularly focusing on the love-hate relationship between him and his father. Humorous and heart-warming in tone, the comic series is a reflection of Hong Kong’s working-class families of the 70s and 80s. The Macau-born creator Wong Wing Hing used limited words with large illustrations to tell accessible, visionary stories. 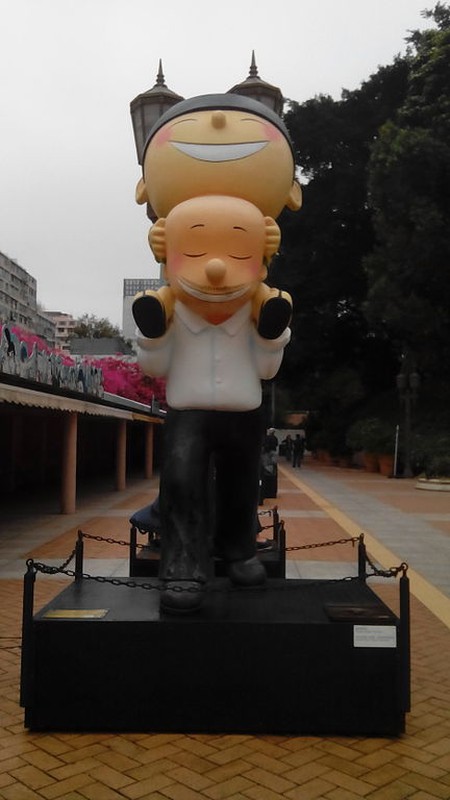 ’13 Dots’ is a Hong Kong colloquialism which refers to chatterboxes (usually teenage girls who talk on the phone around the clock – old rotary phones had 13 finger stops, or ‘dots’, hence the name). Miss 13 Dots is the lovechild of a Hong Kong tycoon. She loves outlandish fashion and anything with stripes (you can tell from her usual outfit — striped hat, t-shirt and leggings) and can often be found helping the needy. Miss 13 Dots is bubbly, independent and enjoys conjuring up quirky ideas with her friends. 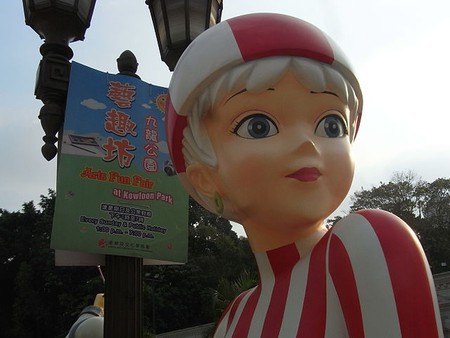 The first things you’ll notice about Cloud are his martial arts pose and his weapon – the ‘Ultimate Best Sword in the World’, which he took from the sword-worshiping Villa. Unlike his partner-in-crime, the kind-hearted Wind, Cloud is cold, cynical and unsympathetic, often suppressing his emotions and never showing mercy to his enemies — earning him the nickname ‘The God of Death Who Does Not Cry’. Together, Cloud and Wind follow the instructions of a mystical prophecy by risking their lives in the name of peace. 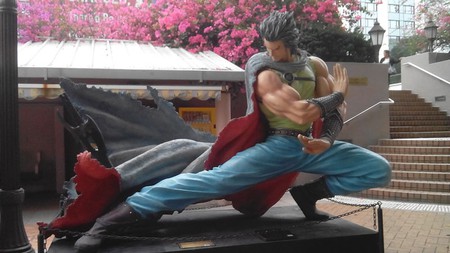 Q Boy is a black-and-white cat created in 2004. He is curious about everything and is always asking questions (hence the ‘Q’ in his name), while his uncle, Doctor A, is a wise academic who often provides the answers (hence the ‘A’). These two characters pair up to help children learn in an fun way by reading comics. 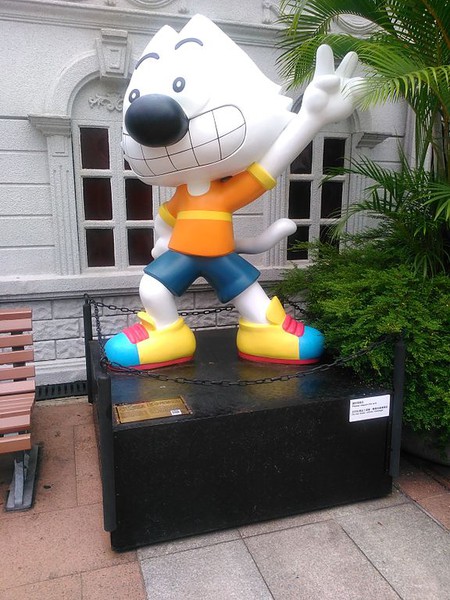 K is the Hong Kong equivalent of James Bond, sharing many of the fictional British spy’s qualities. He always appears in a suit and tie, usually with a gun in his hand, and is frequently involved with beautiful women, occasionally showing his human frailty and often telling a wry joke in sticky situations. 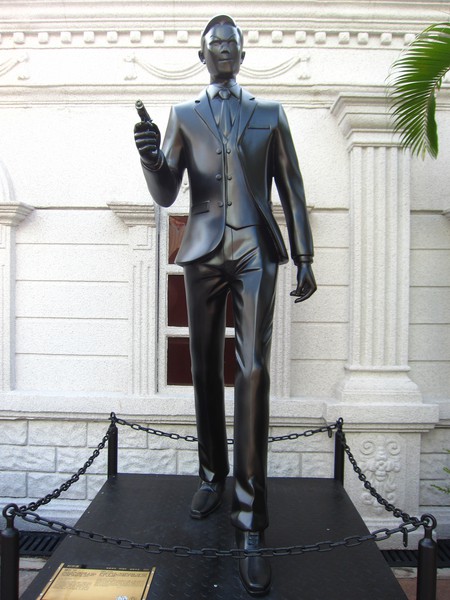 Hero Wah’s name translates to ‘Hero of China’. Born and raised in a fishing village, Wah enjoyed a happy childhood until the murder of his parents, leading him to head to the United States in search of revenge. His adventures there brought him new friends – Ghostserver and Gold Dragon, experts in swordplay and hand-to-hand combat – who took him in and taught him their skills. Nevertheless, his story is a sad one, as he is eventually put under a curse dictating that all those close to him would be killed. As a result, and in order to protect his loved ones, Wah withdraws from the world and lives alone for the rest of his life. 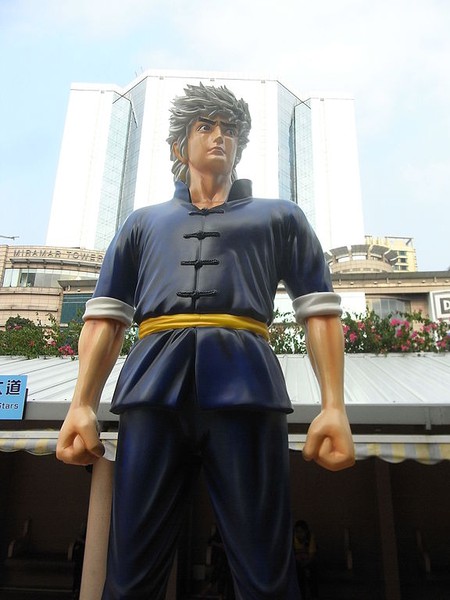 McDull is a male pig – not very smart and ordinary in many ways, but with the heart of a lion. He spends his time following his dreams, but usually fails and ends up disappointed no matter how hard he tries, leading him to explore new avenues and ambitions. His persistence in the face of adversity is a source of great empathy for many Hongkongers. 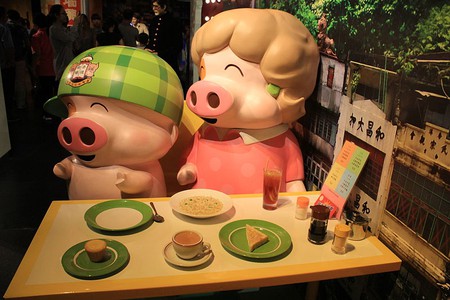 The white bear and the boy

It’s really the size difference between these two characters which makes them so adorable. The white bear is like a giant mochi, while the boy resembles a cute little gnome. The boy, an ordinary child, always raises his head to look over the skyline in the bustling city, wishing he could fly away to explore other parts of the world. The white bear comes from an mysterious, lonely planet, and wants to get to know the people of Earth through giving. One summer, the two cross paths and, with the furry white bear struggling in the intense heat, the boy splits his popsicle into two, sharing half with the bear. Needless to say, a lifelong friendship ensues. 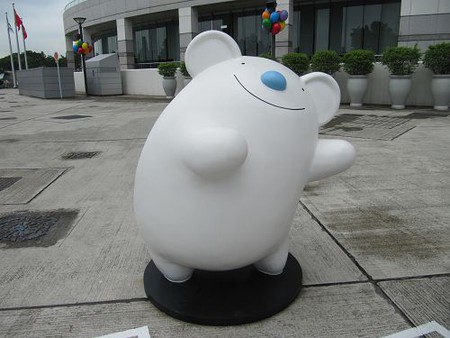 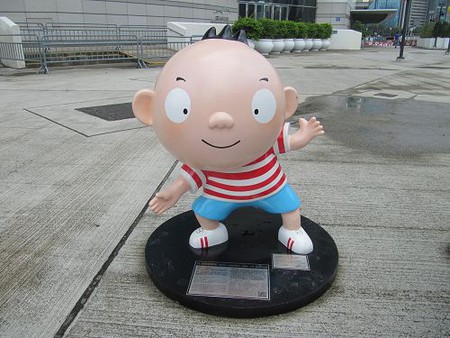 Cuson has another nickname, roughly translated as ‘Uncle Weird’. He doesn’t go out much, and approaches the world with quiet pessimism, disliking romance and ever-loyal to his wife and cat. Uncle Weird can turn the atmosphere anywhere into a negative one with the snap of his fingers. 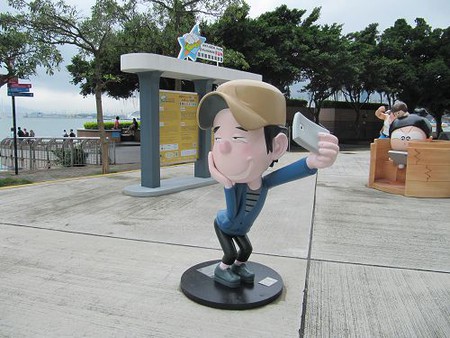