The History Of The Man Mo Temple In 1 Minute 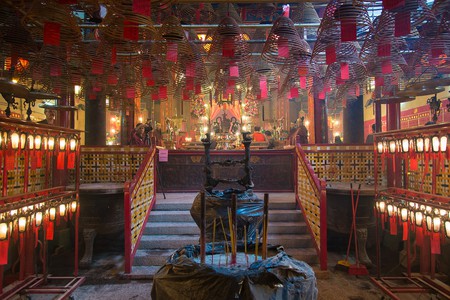 The Man Mo Temple sits quietly in the middle of towering skyscrapers, reminding passersby that the bustling financial center used to be a fishing village. Here’s everything you need to know about this emblem of a bygone era.

The Man Mo Temple is dedicated to the god of literature (Man) and the god of martial arts (Mo), who were worshiped by students in ancient China that wished to pass their civil service exams. During ancient Chinese times, being a civil servant in the imperial government was a highly coveted position. The exam covered topics such as literature and knowledge of the classics 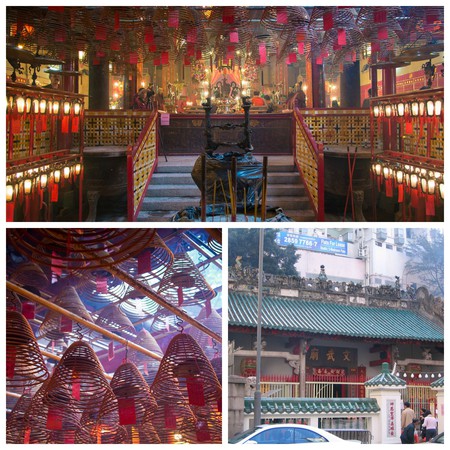 Built in 1847, this is the largest Man Mo temple remaining in Hong Kong. Management of this monument was transferred to the Tung Wah Group of Hospitals in 1908 and it was listed as a Grade I historical building in 2009.

This temple is actually part of a complex that spans three blocks and two alleyways to include the Kung Sor and Lit Shing Kung. Back in the day, the Kung Sor (which roughly translates to the modern-day district office) was used to settle disputes and discuss community affairs among the Chinese. The Lit Shing Kung was built for general worship of all heavenly gods.

The structure is built with a gable roof supported by ornate granite columns with traditional Chinese motifs. While the roof is adorned with woodcarvings and plaster moldings, the interior is covered in murals and ceramic figurines. Enormous coils of incense hang from the ceiling of the temple with little red pieces of paper on them, containing the wishes of the worshipers. This well-preserved temple is a fine example of Chinese vernacular architecture and probably one of the best places to make a wish.

Opening hours: Every day 8am – 6pm