The Best Things To Do in Hong Kong 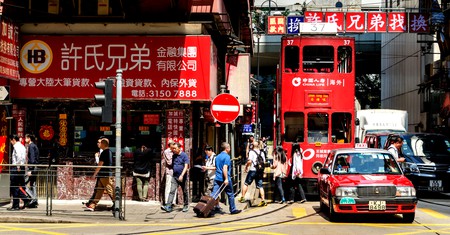 Hong Kong has a reputation as dense, financial and international – a city for layovers or business trips. But there is much more to it than that. Aside from the unmissable panoramic views of Victoria Harbour, you’ll find one of the world’s most delicious cuisines, unique religious customs and some surprisingly scenic hikes.

Take a cruise around Victoria Harbour

Named after Queen Victoria, the deep water bay of Victoria Harbour was the reason why Hong Kong was so valuable to the British as a colony. It separates Hong Kong Island and the Kowloon Peninsula, which means a stunning panoramic view of both can be seen on a cruise. For a budget option, the vintage green-and-white Star Ferry runs to and from Tsim Sha Tsui to Central for just 3.70 Hong Kong dollars (less than £1). For a longer, more stylish cruise, consider the red-sail junk boat Aqua Luna. 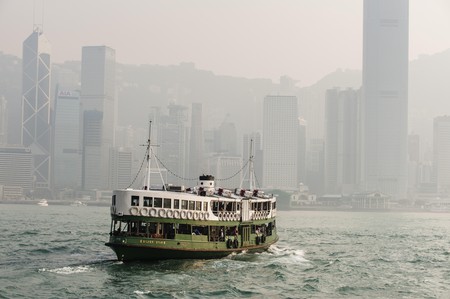 Victoria Peak, commonly known as The Peak, offers incredible views of the city from the highest mountain on the main island. If you’re a first-time visitor to this city – touristy though it may be – this panoramic view cannot be missed. You can take the historic red tram from Central up and down, bypassing the windy roads. While the Sky Terrace 428 on The Peak Tower offers 360-degree views, the free lookout spots at Lion Pavilion and Lugard Road offer equally gorgeous vistas. 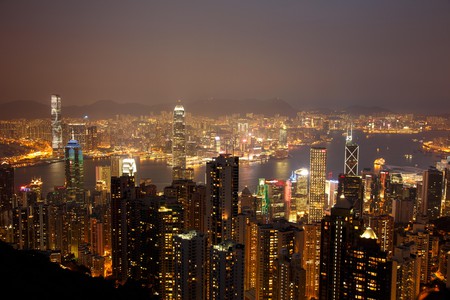 The Cantonese diet is mostly quite healthy – it’s full of fresh vegetables and soups inspired by ancient traditional Chinese medicine and uses simple cooking methods, such as steaming or stir-frying. But when the occasion calls for meat, it’s treated with reverence. Roast goose – perhaps the most iconic dish of Hong Kong’s barbecued meat trifecta – goes through a number of different cooking stages and takes at least two to three days to make. The bird is marinated in a mix of spices, pumped up with air (to separate the skin from the fat and help it crisp up during the cooking process), dried, roasted over charcoal and then hung. All over Hong Kong, you’ll find restaurants with various meats hanging from hooks and in the window, a chef swinging a gigantic meat cleaver with terrifying speed and surgical precision. Try the historic Kam’s Roast Goose for an unforgettably delicious meal. 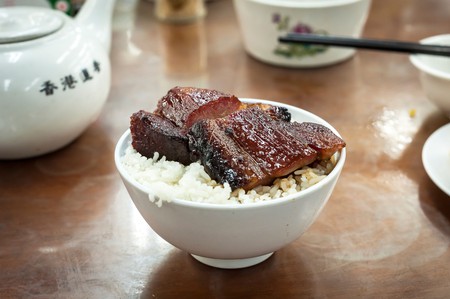 Visit the ‘hit-women’ of Causeway Bay

If you need to get something off of your chest, perhaps consider visiting Causeway Bay’s ‘villain hitters’, or ‘hit-women’. These women will help rid you of your bad juju by beating their shoes at a paper effigy and cursing your enemies. The practice, known locally as da siu yan (petty person beating), is a popular tradition among locals and is one of those customs that give Hong Kong its unique character. Clients come to see these hit-women to help shake all sorts of issues, but most are looking to combat unfaithful partners, love rivals or work troubles. Typically, the villain hitters charge 50 HKD (£5) for the service. 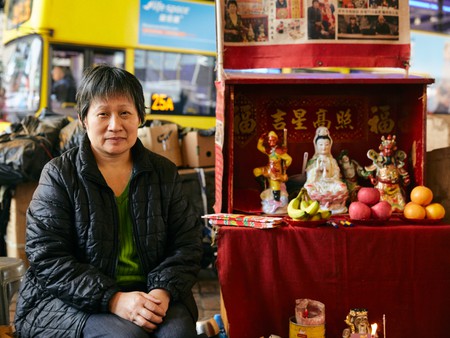 Eat at a dim-sum restaurant, a cha chaan teng and a dai pai dong

Some of Hong Kong’s best foodie experiences can only be enjoyed by those who are willing to bump elbows and shout for the bill. Any budget restaurant worth its salt in this city will have queues spilling out onto the street and wait times of up to an hour. In Mong Kok, you’ll find Market Hotpot – a great example of a dai pai dong (open-air restaurant) where you can choose the freshest ingredients to cook in your steaming, hot vat of broth. Tim Ho Wan is a culinary institution in Hong Kong and perhaps the most iconic dim-sum restaurant in Asia. While Tsui Wah and Capital Café are two famous cha chaan tengs (teahouses) serving budget-friendly meals at almost all hours of the day. 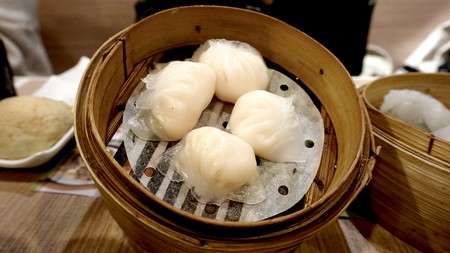 Enjoy a drink up high

With its high density of skyscrapers, Hong Kong has no shortage of rooftop bars to enjoy nighttime panoramas. The best places for a sophisticated drink with a view is along the harbour, either in Tsim Sha Tsui’s trendy harbourside bars or in Central’s stylish cocktail joints. The beating heart of the city’s nightlife scene is Lan Kwai Fong’s bar strip, where you can find everything from classy speakeasies to rowdy nightclubs and just about anything else in between. 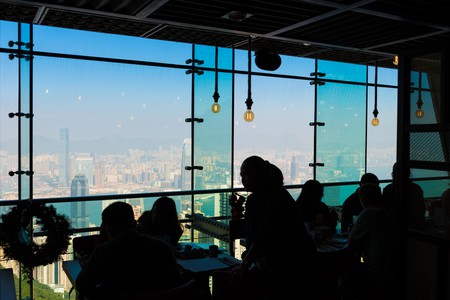 Grab a drink at a bar at with a view | © PHOTO.ZOOMMER.RU / Alamy Stock Photo

Chungking Mansions might not stand out, but the buildings are well-established in Hong Kong pop culture – the site was the subject of Wong Kar-wai’s 1994 romantic drama, Chungking Express. Among locals, it’s known as the best place in the city for affordable Indian and African food. On the floors above there are plenty of budget hotels to choose from and it’s a decent place to look for accommodation if you haven’t booked ahead. There are also lots of currency exchange stores providing a good rate. 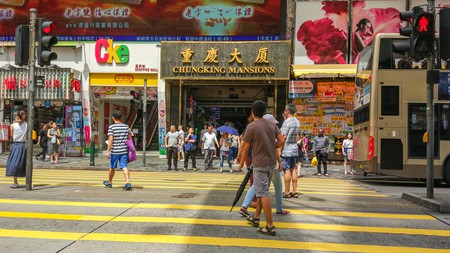 Find your zen at the Big Buddha

Lantau Island is not just the place to catch your flight, it’s also a popular day-trip spot. Visit the quiet fishing village Tai O and bask in the fresh sea breeze and quaint village vibe. Wander on wooden walkways between stilt houses and watch the locals make shrimp paste in the morning before taking a bus or taxi to the Big Buddha. Sitting at 34 metres (112 feet) tall atop a staircase of 286 steps, the Big Buddha is indeed quite big. 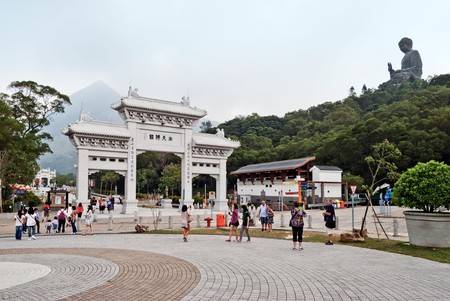 Located just five minutes away from the K11 shopping mall, Kowloon Park is the perfect place to escape the city’s frenetic energy or just be around plants and greenery. It’s also a surprisingly good place for some birdwatching; in the centre of the park, there’s a pond full of flamingoes and an aviary with exotic parrots and cockatoos. A swimming pool and health centre are located on the north side of the park, and if you’re not interested in squats or squash, there’s a McDonald’s in the same building. 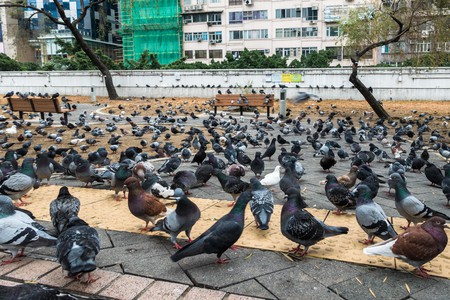 Up until the mid-1990s, Hong Kong’s SoHo was a working-class residential neighbourhood – and a fairly undesirable one given the uphill slog residents would have to make when returning home from school or work. But if you head here today, you’ll find an upscale neighbourhood with a thriving bar scene, contemporary art galleries and first-class restaurants. Heritage buildings from the colonial era have undergone multimillion-dollar renovations to accommodate an influx of trendy cafés, design shops and fashion boutiques. You could spend a whole day whiling away the hours in a trendy coffee shop, browsing design stores and exploring some of the many iconic SoHo landmarks. 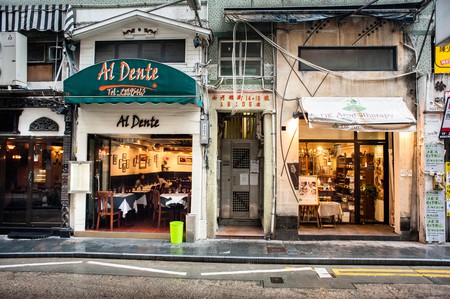 Be starstruck on the Avenue of Stars

The Avenue of Stars is Hong Kong’s answer to the Hollywood Walk of Fame, but with a much more scenic backdrop. It’s located next to the breathtaking Victoria Harbour, giving way to a waterfront view of the city’s dramatic skyline. The walkway is lined with celebrity handprints, movie memorabilia and commemorative plaques. Farther along, you’ll find a life-size bronze statue of Bruce Lee. 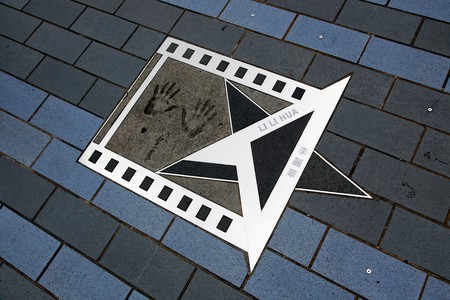 Pay your respect to the Taoist gods

Hong Kong is a religiously tolerant city, but its heritage means that most temples in Hong Kong are from the Taoist religion native to China. Embrace the many deities from Taoism and pay respect to the sea goddess Tin Hau in one of her 70 temples in Hong Kong, the wish-granting and fortune-telling temple of Wong Tai Sin, and the Man Mo Temple of martial art and literature in Sheung Wan. The best time of year to experience Taoism in Hong Kong is in spring when the whole city gets together to celebrate the birthdays of Tin Hau and Hung Shing. 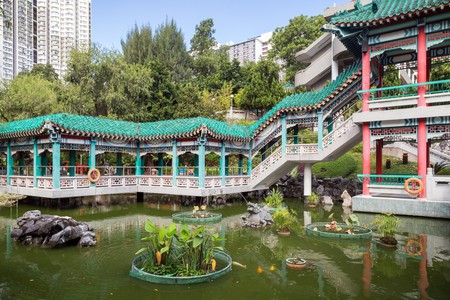 Besides dim sum, Hong Kong also has a vast array of delicious street food. The egg tart, an adaptation of the Portuguese pastel de nata, is a Macanese delicacy but can be found all over the city. Another eggy treat is the egg waffle, which is made to order and filled with chocolate, green tea and a variety of other sauces. The pineapple bun, with its crumbly, golden crust, is actually a savoury treat that is often stuffed with butter, egg or pork – the deceptive name comes from its pineapple-like appearance. For more quintessential fare, try fish balls and fish siu mai. If you’re adventurous, sample the stinky tofu and beef lungs. 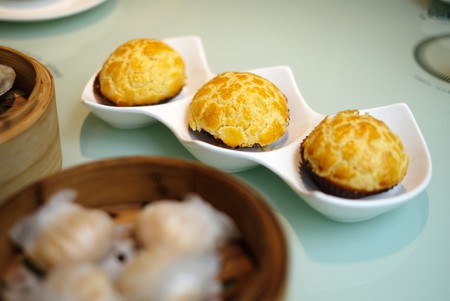 Mong Kok is synonymous with markets, with the most popular being Ladies’ Market. Here, you’ll find dozens of stalls stretched out across Tung Choi Street selling all the usual trinkets like bags, watches and T-shirts. Temple Street Night Market should also be high up on your list of things to do in this neighbourhood. The stalls surrounding this busy core specialise in flowers, birds, goldfish, computers, trainers and homeware. Those looking for a more luxurious experience should head to Langham Place, Hong Kong’s biggest shopping mall – a 15-storey behemoth occupying over 56,000 square metres (603,000 square feet). 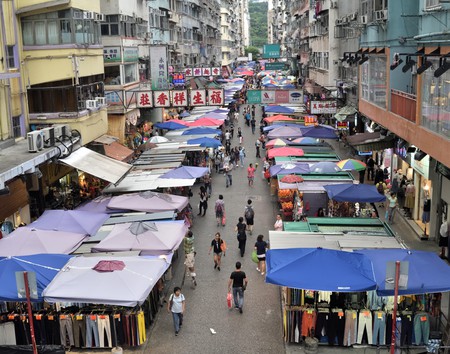 Hike the Dragon’s Back and the Devil’s Peak

Hong Kong has a reputation for being a dense, tightly packed city, so it’s worth noting that up to 65 percent of this region is covered by vegetation and mountains. The Dragon’s Back, in Shek O, has been named one of the best urban trails in Asia and can be reached easily by local transportation methods. Other trails that provide spectacular city views include Lion Rock, Kowloon Peak and Devil’s Peak. For something different, head over to the New Territories to see the imposing hexagonal columns in Sai Kung Geopark or watch the birds soar in the Wetlands Park in Yuen Long. 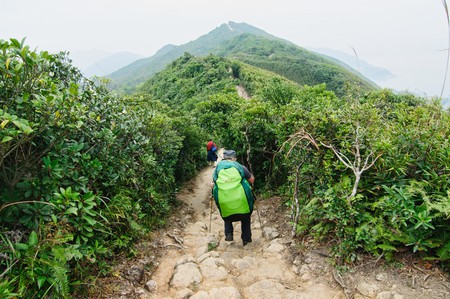 Hop on the tram at Causeway Bay, grab a window seat on the top deck, then sit back and relax into the leisurely journey across Hong Kong Island. Locals have affectionately nicknamed this mode of transport the ‘Ding Ding’, after the noise it makes when pedestrians are in the way. It’s a quick and pleasant way to get from points A to B, but it’s also a very energy-efficient way to see the city and people-watch. It’s also much cheaper than a sightseeing bus; an end-to-end trip takes around an hour and a half with a flat fee of 2.60 HKD (less than £1). Use the Cantonese phrase ‘yau-lok-mm-goi’ if you need to get off. 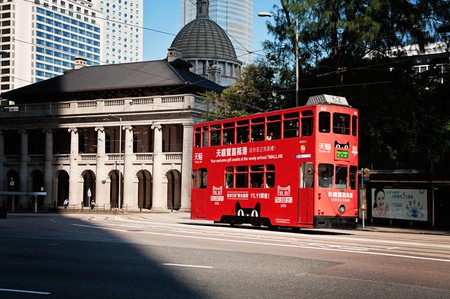 Before Hong Kong became an international city, the area was home to a number of small fishing villages where people would get around by sampan (a traditional small wooden fishing boat). While the fishing industry isn’t what it used to be, there are still many sampans in use. The two best places to catch them are the Sai Kung town centre or Aberdeen. The former is best for visiting an outlying island in the summer, while the latter is mostly for transport to Ap Lei Chau. There are also still a few sampan restaurants in Aberdeen. 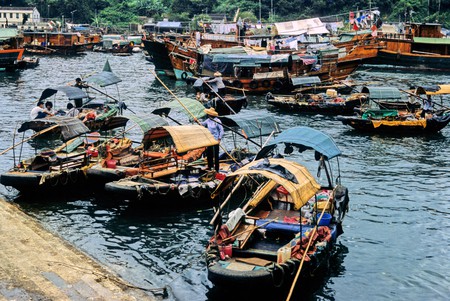 Hong Kong was a British colony from 1841 until 1997 and the best way to learn about its history is through its colonial architecture. In an effort to preserve the city’s history, several revitalisation projects have been done in Hong Kong, most notably Tai Kwun and PMQ. Tai Kwun was once the site of the Central Police Station, Central Magistracy and Victoria Prison, and is now a museum. PMQ was the Police Married Quarters and is now a creative space for local artists . 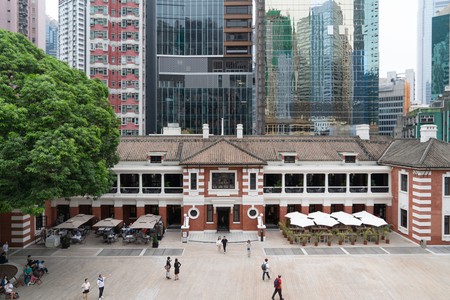 Tai Kwun once the site of Hong Kong’s Central Police Station, Central Magistracy and Victoria Prison | © Shutterstock
Give us feedback