Musicians from Hong Kong You Need to Know 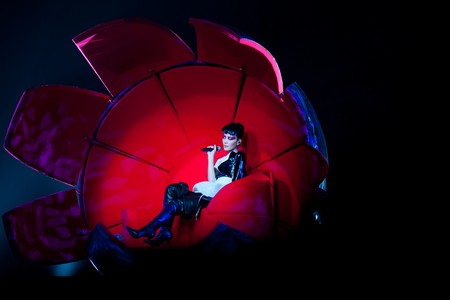 Looking to broaden your musical tastes? Hong Kong’s music industry has been pumping out chart-topping talents since the middle of the 20th century. Here are the Hong Kong singers and musicians — including both contemporary artists and those from bygone eras — that you need to know.

You can’t talk about the history of Cantopop without mentioning Anita Mui, the first true Cantopop diva. Mui first rose to fame in the 1980s, the golden era of Cantopop. Known for her deep, melancholic contralto and her provocative sexuality, Mui challenged the conventional conservative femininity of East Asian stars. In addition to her musical career, she was also a successful film starlet. She died at the age of 40 after a battle with cervical cancer in 2003.

The “Four Heavenly Kings” refers to four male Cantopop stars whose solo careers dominated Cantopop throughout the 1990s. (The name is a reference to the four gods of Buddhist theology, who each watch over one of the cardinal directions of the world.) Musically, Jacky Cheng is perhaps the most successful of the four. Even in 2010 and 2012, two decades since his career took off, Cheng was performing in front of sold-out concert halls. Andy Lau and Aaron Kwok eventually became heartthrobs of Hong Kong cinema, while Leon Lai, the most low-key member of the group, is still a revered musician who is known for his privacy and charitable work.

Formed in 1983, the Hong Kong pop rock band Beyond was one of the most influential Cantonese music groups in history. Inspired by British rock groups like Pink Floyd, Beyond achieved commercial breakthrough success in 1987 and remained one of Asia’s top bands through the early ’90s, performing in Singapore, Beijing, Tokyo, Taiwan, and beyond. In 1993, Beyond’s founding member, Wong Ka Kui, died in an accident. Beyond’s 1991 track Glorious Days, an anthem to freedom inspired by the struggle of Nelson Mandela, is still used by local demonstrators in Hong Kong.

Cantopop superstar Sammi Cheng churned out so many massive hits throughout the ’90s that the public hailed her Tin Hau, or “Heavenly Queen.” To date, this Cantopop deity has sold an astounding 30 million albums throughout the Asia Pacific region. In 2005, Cheng took a two-year break from the entertainment industry, but returned in May 2007 and remains one of the most beloved Cantopop stars out there. To date, she has released a whopping 38 studio albums.

Sammi Cheng’s rival throughout the ’90s, Faye Wong is perhaps most known in the West for her role in Wong Kar Wai’s acclaimed arthouse movie Chungking Express. However, her fame in Asia goes far beyond that. Born in Beijing, Wong moved to Hong Kong in 1987 and rose to fame singing Cantonese ballads in the early ’90s, before switching to her native Mandarin in 1994. She’s not just wildly popular in Hong Kong but astronomically famous in mainland China, Taiwan, and Singapore. Among her fans is Alibaba founder Jack Ma, China’s richest man, who reportedly paid 160 million RMB (US$32.5 million) for a private concert by Wong in 2016.

Gloria Tang — commonly known by her stage name, G.E.M. (short for “Get Everybody Moving”) — is a 25-year-old superstar who’s been Hong Kong’s best-selling female artist for the past eight years. Named by Forbes as one of the world’s top “30 Under 30” influential musicians in 2016, G.E.M. is known for her big pipes, wide vocal range, and quirky personality. She’s also hugely popular in mainland China, thanks to her performance in season two of I Am A Singer, a popular singing competition television show.