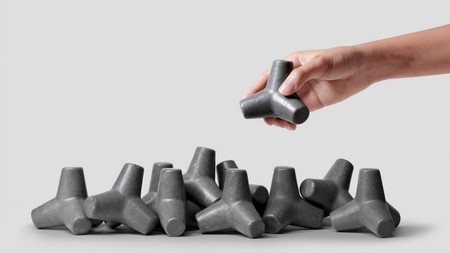 A Hong Kong-based startup is reinventing soap with an environmental edge.

Modelled after tetrapods, the ten-ton concrete structures used to protect seawalls and breakwaters from erosion, Tetra Soap has been crafted to avoid inconvenience and wastage. The soap’s unique four-pronged shape not only prevents the soap slipping from one’s hand but also ensures it dissolves more slowly than a traditional bar, making it last longer. 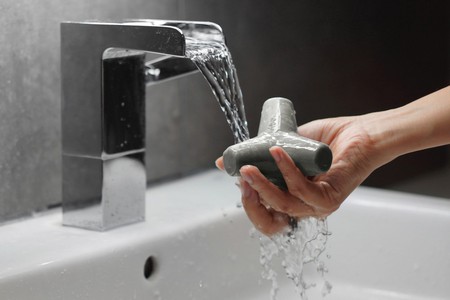 ‘Tetra Soap draws inspiration from the shapes of tetrapods and the technique of production through casting, along with their concrete colour and texture,’ the brand explains.

The science of this innovative washing agent lies within the shape. Ordinarily, the flat and streamlined design of a traditional bar of soap means that when water hits it, it begins to dissolve immediately. The pivot points on Tetra Soap work similarly to tetrapods in the ocean and protect it from melting away too quickly, which means it needs to be replaced less often. 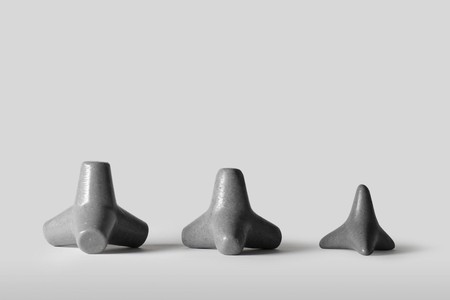 The source of Tetra Soap’s inspiration, tetrapods were developed in 1950 and have been used ever since in coastal engineering. The word tetrapod is of Ancient Greek origin and translates as ‘four-legged’ – hence the four legs that protrude from the middle of the structure.

These concrete giants can be found in most coastal cities, where they are placed in an interlocking pattern across coastlines. They function by countering the force of incoming waves, coaxing water to go around them rather than against them – something that is mimicked by the soap.

Tetrapod barriers also remain stable under extreme weather conditions, just as Tetra Soap remains stable in one’s hand. This is due to its shape and because its surface is modelled in texture similarly to their concrete namesakes, as opposed to traditionally slick soap. 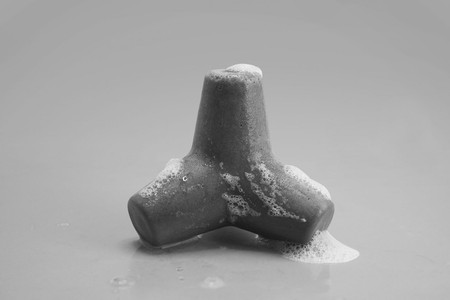 ‘Slow-made using a cold process production method, each handmade soap is individually cast in a unique Tetrapod-shaped mould which makes it 100% slip-free,’ says the brand.

Tetra Soap is currently available for pre-order and costs £17 (US$23).