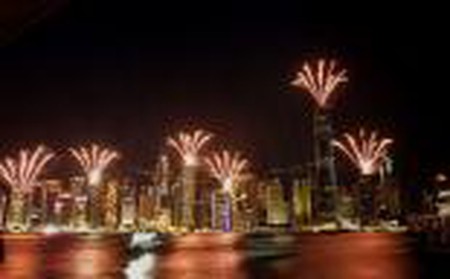 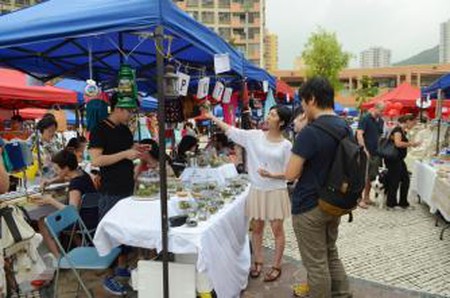 Lantau Island is the largest island in Hong Kong, but is also one of the most sparsely populated, and is famous for being the home of Hong Kong’s massive airport and Hong Kong Disney,Land. The Lantau Fiesta aims to change that perception by revealing the thriving culture in the many small villages which dot the island’s shoreline. It also uses this largely unspoilt and rugged island as the venue for several performance and arts events, away from the congestion and chaos of Hong Kong Island. The festival runs throughout October and November, and includes an arts and crafts fair in Discovery Bay, a music festival in Silvermine Bay, a Mui Wo Guided Tour, and an intriguing sounding Tai O Water Marriage. 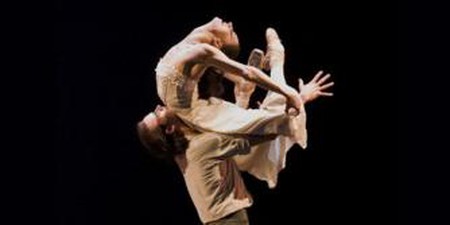 The World Culture’s Festival brings the best of an international cultural tradition to Hong Kong every year, and in 2013 the spotlight is on Eastern European culture. This will be showcased through a wide ranging programme of dance, music, food and theatre events, which will reveal the best contemporary and traditional offerings from Eastern Europe. Representatives from such countries as Russia, Poland, the Czech Republic,Hungary, Romania, Serbia and Ukraine will travel to Hong Kong in what is billed as the ‘Lasting Legacies of Eastern Europe’. Highlights will include a performance of Anna Kareninaby the Eifman Ballet of St. Petersburg, a concert by the Budapest Gypsy Symphony Orchestra and a showing of Persona. Marilyn from the award winning Dramatic Theatre of the City of Warsaw. 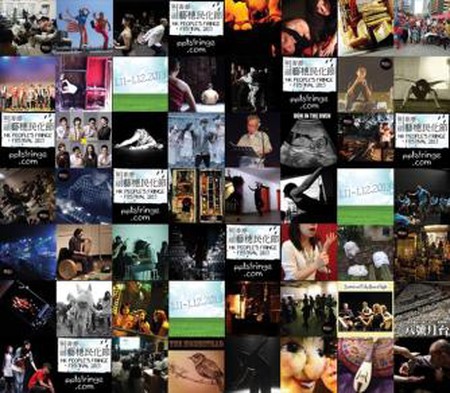 The Hong Kong People’s Fringe describes itself as an open access festival initiated entirely by the local arts community, in which any art group or individual artist can register to exhibit. This alternative event is only in its second year but already a huge buzz has been created around the DIY aspect of the festival, which allows local practitioners to exhibit outside of the confines of the institutionalised art and culture world, and thus puts the focus squarely on the local grassroots arts scene in the city. 51 groups have already signed up for the festival which is putting on 70 events in 43 venues, although registration is still open and the festival programme is ever changing. This promises to be a fascinating glimpse into Hong Kong’s contemporary arts and culture scene, and a worthy counterpoint to the commercially funded operations which dominate the cultural calendar. 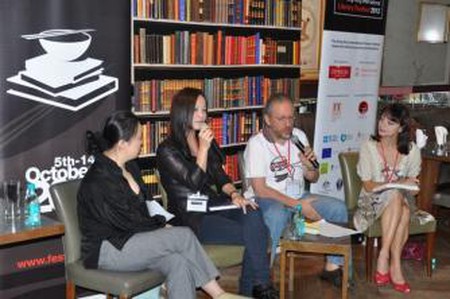 The Hong Kong International Literary Festival has grown to be one of the largest in East Asia over the course of its 12 year existence, and this year’s event promises to be one of the most exciting yet. The festival will feature a ten day programme of literary events bringing together writers and academics from throughout the world in talks, readings, lectures and symposiums. From humble beginnings the festival has gradually expanded and has seen winners of some of the most prestigious literary competitions travel to Hong Kong to take part. The festival also runs a Schools Programme which features a series of educational and outreach events every year, and a Festival Book Club, which brings together Hong Kong’s avid readers to enjoy the best of international literature. 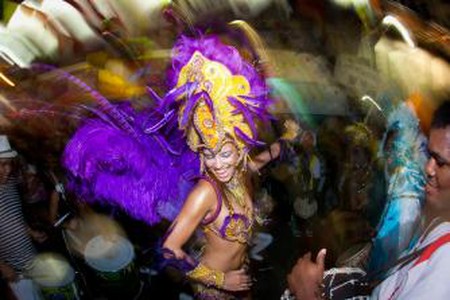 Lan Kwai Fong is the chaotic centre of Hong Kong’s thriving nightlife scene, and any night of the week will be packed with revellers from all over the globe. The Lan Kwai Fong Carnival harnesses that carousing spirit and turns the district into a massive street party. Emulating the carnivals of Notting Hill in London, and Mardis Gras in New Orleans, the crowded streets of Lan Kwai Fong will be heaving with stalls, parades, competitions and dancers, whilst the many bars and restaurants which line the streets will all be hosting a communal party which epitomises the all night spirit of Hong Kong. 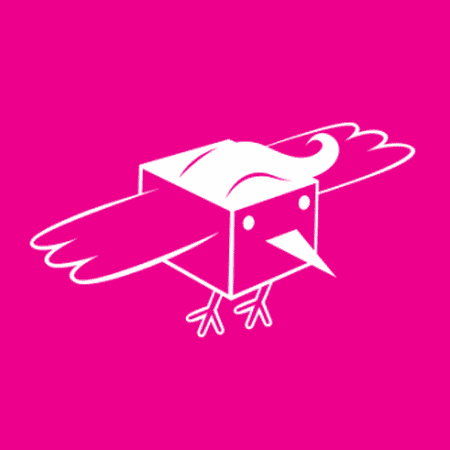 Founded in 2008 by Forster, Justin Sweeting and Mike Hill, Clockenflap has given Hong Kong’s live music scene a much needed shot in the arm, and offered a more youthful alternative to the established arts festival. Since its launch it has gone from strength to strength, and expects an attendance of nearly 30,000 in 2013, where audience members will be treated to performances by Four Tet, Franz Ferdinand and many other local and international acts. The Festival does not just feature music however, and promises a cross cultural programme of arts, cinema and much, much more over the course of its three days. 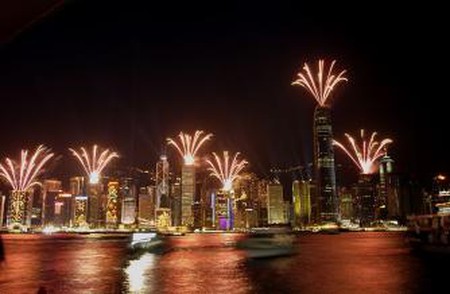 Running throughout the winter months, Hong Kong WinterFest is a unique celebration of the season which brings together the best of Western and Eastern seasonal traditions. During WinterFest the public spaces of the city are transformed into winter wonderlands and performance spaces, with spectacular light shows throughout the season, culminating in a fireworks display over the New Year period. Victoria Harbour is the centre of attractions, and Hong Kong’s famous skyscrapers will be emblazoned with gargantuan Christmas lights. This typically over the top display of bling encapsulates the spirit and lifestyle of Hong Kong, and makes it one of the best places in the world to celebrate Christmas. 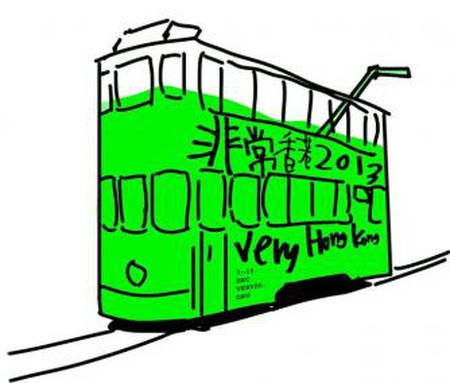 An exciting venture by the Very Hong Kong Festival Foundation Association which will see an eclectic line up of weird and wonderful events taking place throughout the city in December, ‘Very Hong Kong’ is set to be one of the most unique festivals on the cultural calendar. According to the organisers it ‘will celebrate the unique culture and urban environment of our city and aims to support and publicise the best of Hong Kong as well as international culture, across diverse arts, sporting, community and cultural sectors’. To this end the organisers are putting on a truly unique programme of events which will include a floating cinema in a typhoon shelter, public art in the streets and on roof tops of Central, ‘horsing’ around on the streets of Kowloon East (featuring real horses), and much more. Excitement for this festival is already building in the city, and this looks set to be one of Hong Kong’s weirdest, and most wonderful, cultural events of the year. 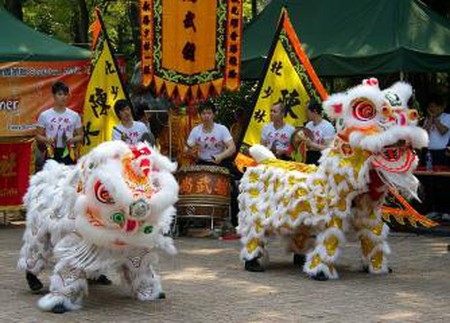 Chinese New Year is Hong Kong’s greatest celebration, as the city is transformed with parades, festivals, dances and fairs. The resolutely modern city engages with ancient traditions during these celebrations in a way that reveals the profound cultural roots of Hong Kong citizens. Nowhere is this more evident than in the speciality foods which are brought out for Chinese New Year, including steamed sticky cake, glutinous rice balls or tangyuan, and dried oysters; all of which are imbued with auspicious significance for the new year. Unmissable Chinese New Year experiences in Hong Kong include: attending one of the many colourful lion dances which occur throughout the city, sampling the delicacies at a food fair, visiting an incense filled temple, and watching the spectacular Night Parade which caps the whole celebration.

Hong Kong’s biggest arts and culture festival returns for its forty-second edition in 2014, with a bill of up and coming stars and iconic figures of the music and performance worlds. The festival was launched in 1973 and has since grown into one of Asia’s biggest arts festivals; in 2013 the Festival presented over 1,500 artists in some 140 performances. 2014’s bill will include Classical Music, Opera, Jazz, Theatre and Dance and will bring practitioners from all over the world to the city, in an incredibly wide ranging celebration of the arts.