The Voice of Hong Kong: An Eileen Chang Primer

Eileen Chang, whose early life is a disturbing cocktail of parental divorce, parental opium addiction and reputed six-month entrapment by her father within the confines of her bedroom, is now widely considered to be the best Chinese writer of her generation. The marriage of romance to politics so central to Chang’s writing governed, to a large extent, her own outlook – the two concepts having dictated much of her early movement and rippled through to the actions of her later life. Despite, or perhaps in part due to, her turbulent personal history, Chang’s writing remains among the most respected, admired and well-read of modernist Chinese works of literature. Here are 10 of Chang’s classics displaying some of the best of her writing on urban love, the emerging middle class, and war-era Hong Kong, each balancing a wealth of themes within the casing of Chang’s distinctive style. 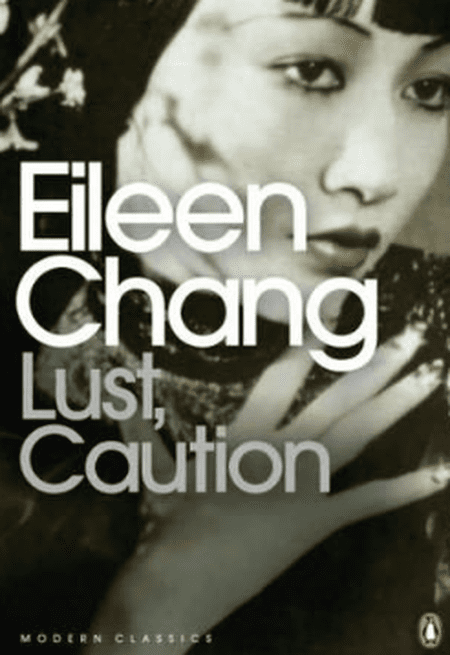 Set during the Japanese occupation of China in World War II, the action stems from young student Wong Chia Chi, who has agreed to assume the role of chief assassin – conspiring to kill Yee, a Japanese collaborator. Befriending Yee’s wife, Chia Chi gradually gains increased access to Yee and seduces him in order to kill him. Before she can do this however, their numerous passionate encounters cause her to fall in love with him. In classic Chang style, we see the complicated collision of romance with politics come to a head in a literal matter of life and death. Chang astutely demonstrates the manner in which love treads the borderline between the two concepts of life and death, sensuality acting as the catalyst in a fatal reaction: sex as the highest expression of life rouses passion capable of driving people to their death. 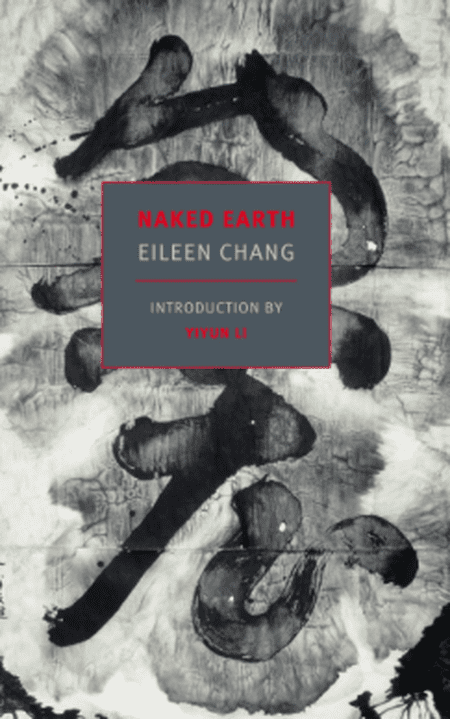 Set in the early years of Mao’s China, Naked Earth is the story of two earnest young people confronting the grim realities of revolutionary change. Liu Ch’üan and Su Nan meet in the countryside after volunteering to assist in the new land reform program. Eager to build a more just society, they are puzzled and shocked by the brutality, barely disguised corruption, and ruthless careerism they discover, but then quickly silenced by the barrage of propaganda and public criticism that is directed at anyone who appears to doubt a righteous cause. Joined together by the secret of their common dismay, they remain in touch when Liu departs to work on a newspaper in Peking, where Su Nan eventually also moves. Something like love begins to grow between them—but then a new round of purges sweeps through the revolutionary ranks. 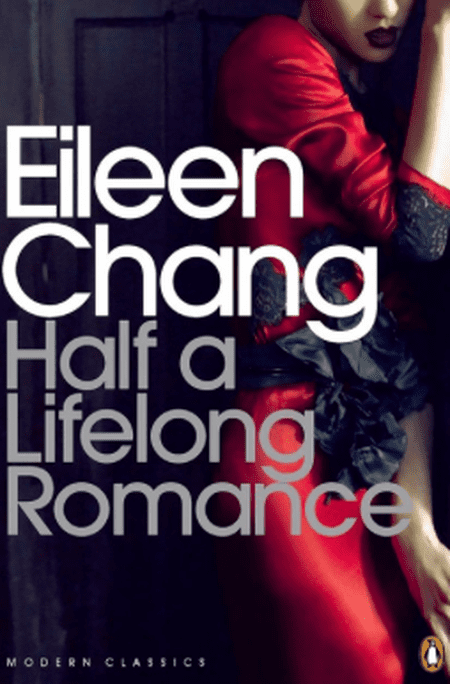 Shanghai, 1930s. Shen Shijun, a young engineer, has fallen in love with his colleague, the beautiful Gu Manzhen. He is determined to resist his family’s efforts to match him with his wealthy cousin so that he can marry her. But dark circumstances—a lustful brother-in-law, a treacherous sister, a family secret—force the two young lovers apart. As Manzhen and Shijun go on their separate paths, they lose track of one another, and their lives become filled with feints and schemes, missed connections and tragic misunderstandings. At every turn, societal expectations seem to thwart their prospects for happiness. Still, Manzhen and Shijun dare to hold out hope—however slim—that they might one day meet again. 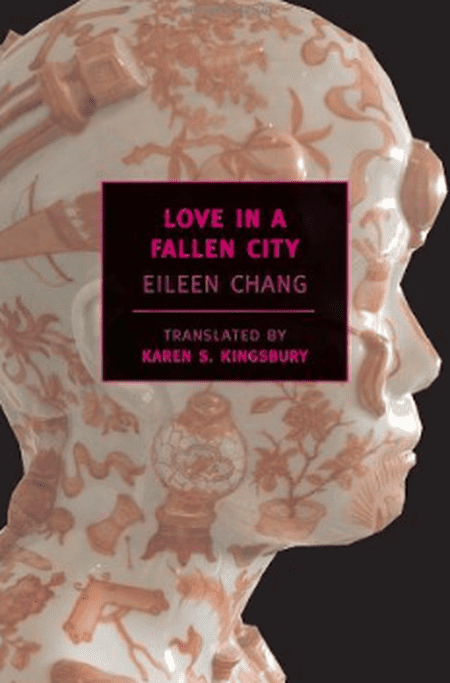 This powerful short work was produced by Chang whilst still in her mid-twenties, giving the prose a sharp and pithy quality that accentuates her keen awareness for the subtleties of human relationships and the aesthetics of desolation. Centering on the love affair between Bai Liusu and Fan Liuyuan, Chang delves into the sinister accompaniments of love lingering behind the scenes, analyzing the genuine quality of Bai and Fan’s affection for one another against their more selfish desire to hold fast to another individual against the tide of life. Bai’s selfish drive to remarry grates against Fan’s selfish desire to remain legally apart but emotionally connected; thereby morphing the relationship into a concept to be bargained for and valued according to personal gain rather than mutual contentment. 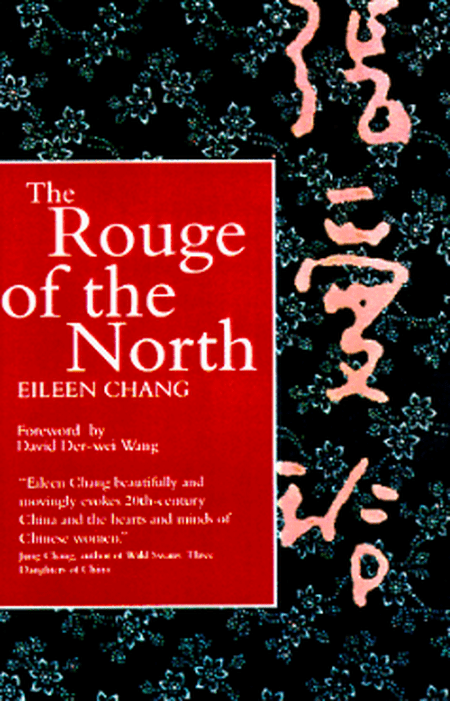 Expanding upon the lyrical beauty and success of her novella The Golden Cangue, Chang’s The Rouge of the North again explores the urban love story – this time within the strict confines of a reduced domestic space. Exploring the tension between burgeoning modernity and traditional Chinese values, the tale follows Yindi, a beautiful young woman who marries the blind and bedridden son of a noble family. Trapped in her new roles of carer, wife and object of ridicule to her sisters-in-law, Yindi’s life journey is catalogued by Chang with careful attention to sights, sounds and smells, meticulously documenting the exquisite pain of a wasted young life. The political situation of the country is merely a distant, additional affliction upon Yindi, indistinct from her personal and immediate suffering. 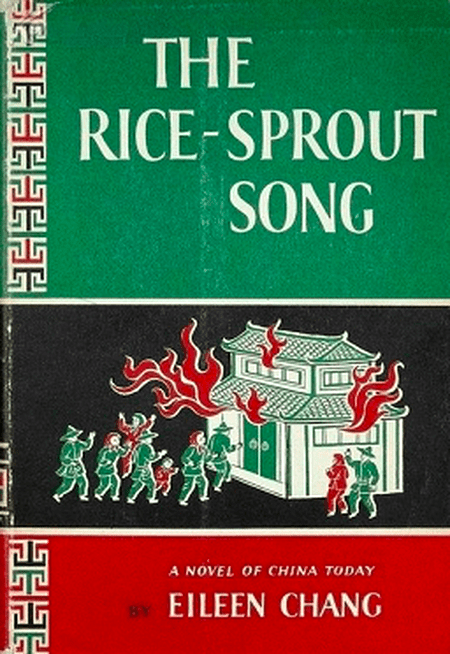 The Rice Sprout Song begins as a traditional Shakespearean comedy might end – with a wedding, as Gold Root accompanies his sister, Gold Flower, to a neighboring village in rural 1950’s China for the purpose of registering for a wedding. Gold Root himself, however, is a case of what occurs when the frivolity ends, living with his sister and geographically separated from his wife, who works in the city due to the effect of political reform upon the countryside. The story reflects the latent ripples of the Maoist land reform wave across China, expressing the extreme poverty of the rural population and brimming with characters caught up in the problems of censored communication and the futility of language. Gold Root’s wife is constantly subjected to her employer’s idealized view of rural living post-land reform, beseeching her to return to her supposedly idyllic and more fruitful life when in actuality her urban wage is the single source sustaining her family. 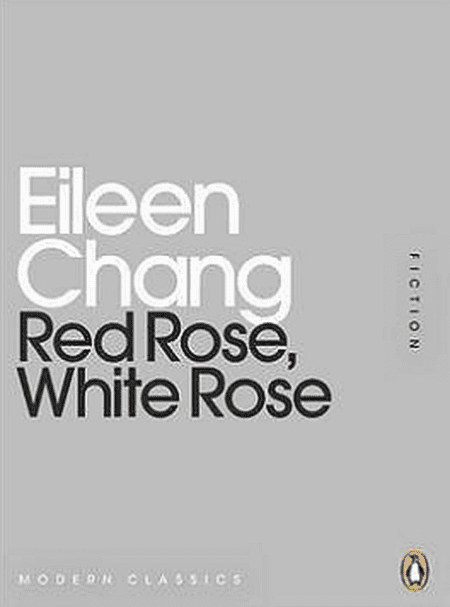 This short, intoxicating novella from Chang takes place in 1940s Shanghai, centering on the actions and sentiment of Tong Zhenbao. Zhenbao exemplifies the self-made modern man – strong, successful and financially comfortable, yet unsatisfied and fundamentally lacking in self-awareness. The novella derives its moral compass and narrative drive from displaying actions against their consequences, with the concept of ‘love’ floating as an unattainable element for Zhenbao, who distances himself from true affection in order to remain the unrelenting master of his microcosmic empire. After a misguided affair with his scandalous ‘red rose’ goes unexpectedly public, he allows his mother to arrange a marriage between him and the type of woman he considers the ideal wife, the ‘White rose’. Chang plays with the familiar adage that perception is reality, warning that high expectations and depictions of beauty can wither in the cold light of day. 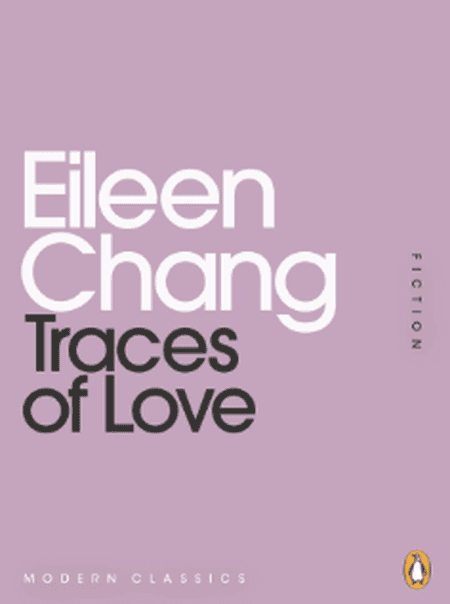 This bijou story focuses around the relationship between Mr and Mrs Mi and compares their bond of love with the sense of care they feel for the elderly Mrs Yang. A subtle examination of the fragile ties that bind us to those whom we love and those for whom we find ourselves caring along the way.