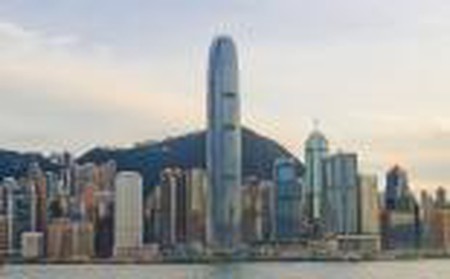 Hong Kong is a culmination of traditional Chinese architecture, ‘supertall’ skyscrapers and colonial Western buildings. Contemporary Hong Kong is growing upwards in order to facilitate the dense population and the corporate demands of the financial industry. 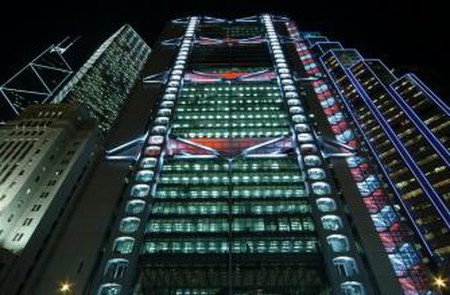 The project, executed from 1979 to 1986, remains one of the most architecturally significant buildings in contemporary Hong Kong. Foster + Partners succeeded in redefining generic towers by opting for a design which incorporates Hong Kong’s identity, culture and characteristics. The architects considered the building’s Feng Shui, as well as the experiences of the bankers within. The building’s atrium and the open plan internal spaces means natural sunlight is drawn into all corners of the building.The prefabricated modules and suspension structure informed the shape which evolved into three separate towers at heights of twenty-nine, thirty six and forty-four stories, facilitating garden terraces.

The main entry point into Hong Kong is Hong Kong International Airport designed by Foster + Partners completed in 1998. Foster + Partners tucked all the service installations and technical equipment away from view, locating them beneath the thoroughfare. This simplified the main internal space and freed up design options, with the architects committing to a lightweight, vaulted roof structure. With natural light flooding through the roof and the vast, uninterrupted space, movement is uninhibited and the stress of travelling eliminated. Foster + Partners are continually modifying the airport and have completed an upscale of the first and business lounges. The interior design sees luxurious pockets of privacy, and with this the architects reinforce how airports are more than a point of transition. 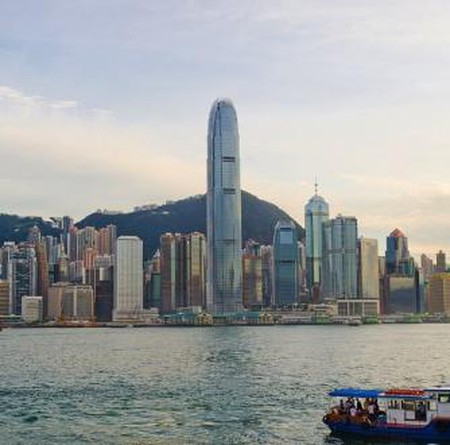 The current architectural phenomenon sees architects competing for the title of the tallest building, racing each other to reach the clouds. The term skyscraper simply does not suffice anymore, so these mammoth buildings have been coined ‘supertall skyscrapers’. The International Commerce Centre (ICC) is part of this elite club, reaching 484 meters into the sky, designed by the Argentine-American architect César Pelli.

Looking out to sea, the ICC is located by the new Kowloon station, soon to be part of a the West Kowloon Cultural District (WKCD). WKCD is an initiative for growth and development in Hong Kong’s art and culture sector. M+ will a major attraction in this district, focusing on 20th and 21st century art, design and architecture. WKCD is an investment in the long term cultural infrastructure of the city, as it will culturally diversify it as well as create a dynamic hub where people can gather and socialize. 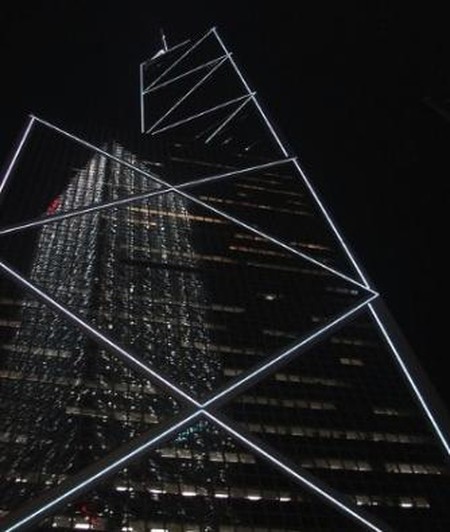 I.M.Pei’s Bank of China Tower is one of the tallest buildings in Hong Kong. Instantly recognizable, its angular and crystallized form was made possible due to the cross bracing and triangular framework of the building. The building itself is ingrained with symbolic gestures; an outstretched hand to the British colony and a visual metaphor referring to the direction of China’s future.

The distinctive form is clad in reflective mirrors, forming a relationship between the contextual city and the Bank of China Tower. However, Feng Shui, prevalent in Chinese architecture, disputes this architectural element believing the mirrors absorb the surrounding positive energy and emit negative energy instead. 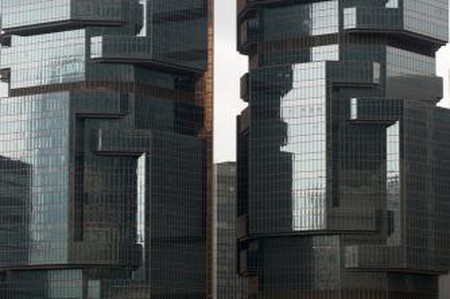 Nicknamed the Koala building, the distinctive design brings a sculptural quality to Hong Kong’s urban landscape. The jutting geometric forms of this modular construction present functional design features like viewing platforms and elevated walkways. The architect Paul Marvin Rudolph had a vision for the Lippo Centre which saw bridges connecting the building internally and to the rest of the city. Some of these bridges were never realised but they remain an important theoretical subsection to the building. Rudolph often worked with modular constructions, and was known for his early brutalist work. The Lippo Centre sees the continuation of his style, yet with a progression of materiality as he utilizes reflective mirrors on the facade of the building. The combination of the reflective glass and the forms extruding from the facade playfully capture the nature and movement of light. 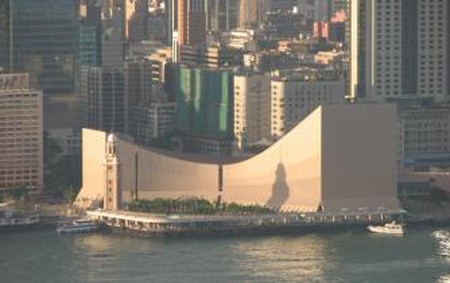 The Hong Kong Cultural Centre hosts dances, exhibitions, operas, concerts and theater with a firm impact on the cultural identity of Hong Kong. The building itself, previously described as a giant ski ramp, hit a barrage of mixed reviews when it opened in 1989. Its location on Victoria Harbour was ignored and the architects designed a windowless structure, with the exceptions of one slither of glass. Ignoring its context was as much a statement as the form of this distinctive building. The building was built before the British handed Hong Kong back to China and therefore becomes a trace of colonial history. 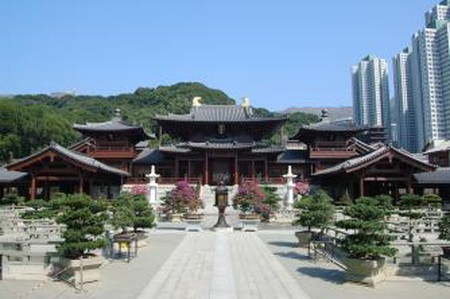 Juxtaposed with ‘supertall’ skyscrapers, there remains pockets of traditional Chinese architecture within Hong Kong. Founded in 1934, Chi Lin Nunnery was renovated in the Tang dynasty style in 1990, and is a complex of temples, statues, gardens, ponds and restaurants. The Tang dynasty (AD 618-907) helped shape contemporary China due to its progressive cultural and economic identity and its structured ruling. Similarly to the economy of this era, the architecture prospered as well. Buildings were constructed with timber frames marrying the recognizable aesthetics with the structural framework, and this style can be found within Chi Lin Nunnery.

Other areas of traditional interest include Mo Man temple, Ten Thousand Buddha Monastery and the Big Buddha on Lantau Island. Students would gather at Mo Man temple to worship the Man (God of Literature) and Mo (God of War). The Ten thousand Buddha Monastery completed in 1957 is a collection of Buddhist temples, with no resident monks. The ascent up hundreds of steps leads visitors past endless gold Buddha statues, each one slightly different from the last towards the Main Hall which houses over twelve thousand Buddha statues. 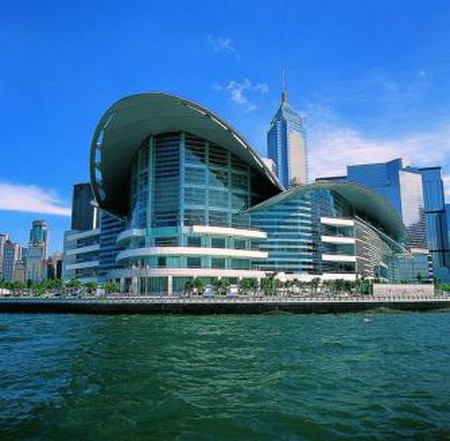 Perched on the edge of Victoria Harbour, Hong Kong Convention and Exhibition Centre (HKCEC) looks blissfully out to sea. When constructed, the building included one of the world’s largest glass curtains, and the form of the aluminium roof symbolically resonates a bird launching into flight. The HKCEC held the historical Handover Ceremony on 30th June 1997 when Britain returned Hong Kong to the People’s Republic of China.

The building houses exhibition halls, convention halls, theaters, restaurants and has gained acclaim for its outstanding use of space. Its architect Larry Oltmanns has executed major projects during his career including the renovation of Euston Station, London. 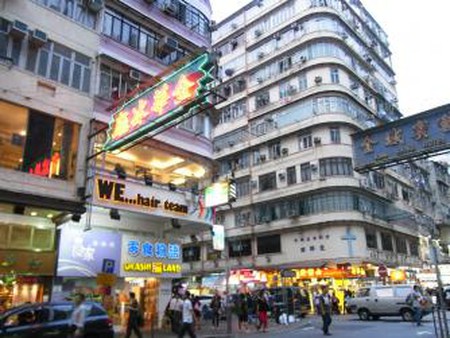 Tong Lau, often referred to as tenement housing, is a style of architecture found in areas throughout China and Hong Kong. The condition of the individual cities helped decipher the tenement design, making each style dependent on its localized region. Tong Lau are typically three to five stories high, with balconies overlooking the street and constructed in repetitive blocks; a suitable resolution for overcrowding.

There has been a recent uprising due to Hong Kong’s Urban Renewal Authority who plan to knock down Tong Lau, replacing them with modern buildings. Residents have been opposing this, believing Tong Lau interjects a unique and historical quality pivotal to Hong Kong’s identity. 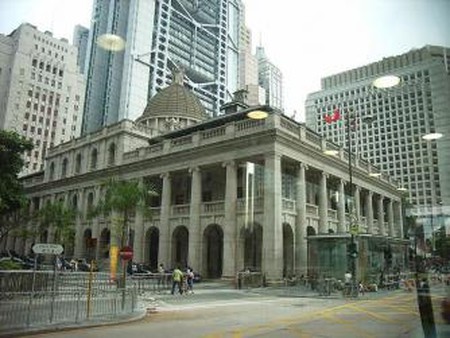 Hong Kong was under British administration until 1997, when it was handed over to China. There still remain important architectural sites which act as visual reminders this piece of history. In 1912 British architect Sir Aston Webb completed the Legislative Building. Having designed the eastern facade of Buckingham Palace and assisted with Victoria and Albert Museum in London he was well versed in Western architecture, transporting this to Hong Kong. The grand and elegant neo-classical building is famed for its elegant ionic columns.

Other notable monuments of colonial history include the Clock Tower, the Government House, and the Central Police Station. The Clock Tower for example, was built in 1915 and is the only survivor of the former Kowloon Station.