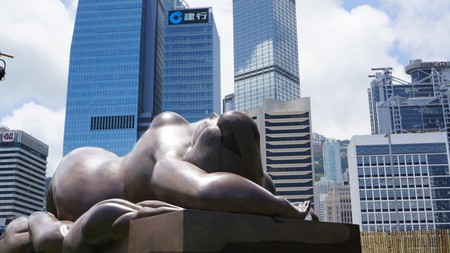 From June 3 to August 14 2016, Hong Kongers will be able to gaze upon some of the most voluptuous sculptures by renowned Colombian artist, Master Fernando Botero. Situated at the Central Harbourfront Event Space, and accompanied by a number of summer activities for families, the nine monumental sculptures sit against the backdrop of the Hong Kong skyline in an engaging contrast against the densely built city. It’s almost impossible to appreciate the sheer size and sensuality of these sculptures without seeing them with your own eyes.

Fernando Botero, born in Medellin, Colombia, is frequently mentioned as one of the world’s most important living artists. Even at 84 years old, he continues to create masterpieces that implore audiences to explore the voluptuous, voluminous and sinuous forms he portrays – from nude female forms and animals to fruit. His work originates from traditional Western art, yet retains a strong sense Colombian culture. Over the years, Botero has consistently explored an understanding of volume and color which challenge ideals and is perfected through various mediums: paintings, drawings and sculptures. 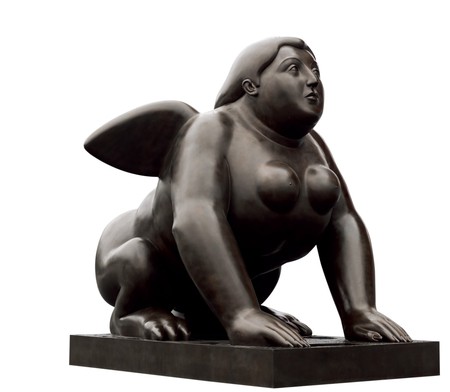 ‘The sculptor communicates a sensuality of nature, and if the public gets to participate in that feeling of sensuality, in the pleasure felt by the sculptor creating, caressing these forms, it means that the artist has accomplished something important.’ – Master Botero. He’s very happy for people to feel and understand his work, so caress away! 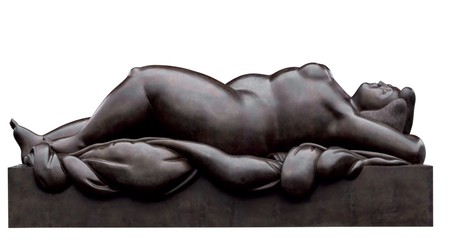 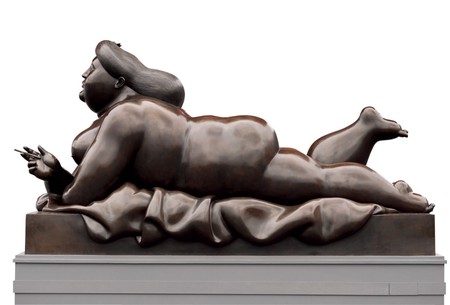 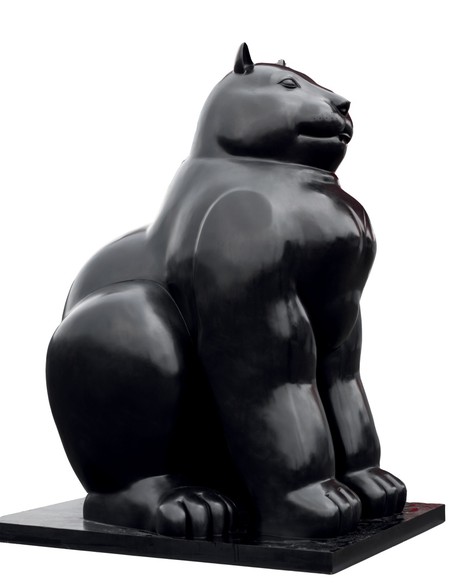 Botero’s works impose themselves on the surrounding environment, and they embody the idea of strength, voluptuosity, sensuality and magnificence. Some are exotic and represent mythological creatures (Sphinx) and ancient myths (Rape of Europe), while others are simple yet magnificent. 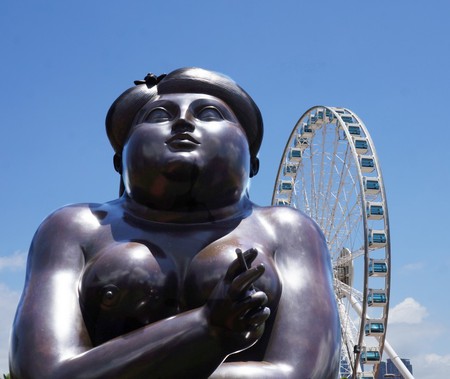 One of the most famous and important monumental sculptures of Botero is Woman with Cigarette. It’s been exhibited in the Piazza della Signoria in Florence, and Botero was the first living artist to exhibit his work in the infamous square next to the sculptures of Cellini, Giambologna and Michelangelo.

Q & A with Lina Botero Zea, daughter of Fernando Botero 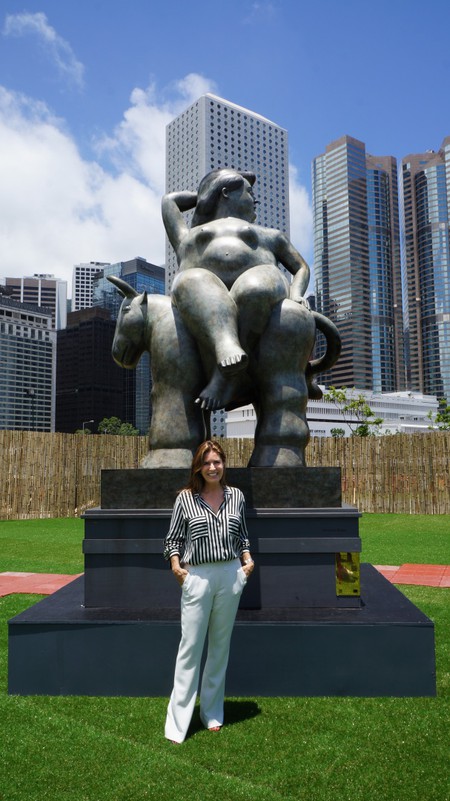 How does Botero create these monumental sculptures?

The original sculptures start off in clay, and he creates these in the studio at a small size – roughly 50 x 50 centimeters. The clay is very soft, so he can only work it until a certain point. The sculptures are taken away and cast into plaster before returning to the studio because then you can go into more detail. If you start to carve clay, it starts to fall apart, so it needs to become a hard material. Once he has the plaster in the studio, he finishes working on it. After completion, he takes it to a foundry, which is where he chooses to enlarge some of the sculptures. They use the same techniques that the Greeks invented to enlarge sculptures into those monumental sizes.

The process that creates the sculptures is something that happens in the intimacy of my father’s studio. Sometimes he gets to work on a sculpture and finishes it very quickly; sometimes it takes a lot longer. Plus it takes six to eight months to cast each sculpture. There are some sculptures that he begins to work on, and then once it’s brought back to the studio in plaster, he leaves it there in the corner of his studio. A few months can go by until he says: ‘Oh, let me see what’s in the corner of the studio,’ and he’ll begin working on it again. Sometimes you need that bit of distance to regard it with a certain amount of objectivity.

The collection here in Hong Kong seems vastly feminine. Does this reflect all of his work?

There is a big selection of women here, besides the cat, but my father’s work is not all about women at all. It’s just a coincidence that we’ve selected the most feminine ones!

Where does your father get his inspiration from?

I’d say 90 percent comes from childhood memories of the Latin America and the Colombia that he knew growing up. One of the things that my father learnt very early on in life was that the more local the theme is, the more universal the work of art is. Look at Italian paintings, the Renaissance; what always appears in these painting are the small villages in the Tuscan hillsides, and yet it’s a universal work of art. My father spent two years living in Mexico City in 1956, and back then, the Mexicans were the first to recuperate Latin America as a valid subject matter for art. Before the 1950s, all Latin American arts [were] treading the rise towards Europe. So, everyone was trying to do European paintings, but no one was painting their own reality. The Mexicans were the first to say, ‘Wait a second. Our life, our world, our culture is a valid subject matter.’ My father was influenced by this and looked towards his own world, realizing that his own roots, his history and his background was a valid subject matter for art.

He also draw inspiration from Great Master painters of the Renaissance. He never went to an academy, never went to a school. He spent his time in museums. So, his work is anchored in the traditions of the past in terms of technique, composition, light, color and sensuality, but the themes are totally local – they belong to his memory.