A History Of The Mid-Autumn Festival In 1 Minute 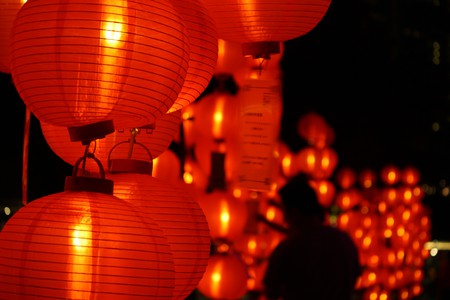 Also known as the Lantern Festival, this Chinese holiday is celebrated on the 15th day of the eighth month of the lunar calendar, when the moon is at its brightest and roundest. On the Gregorian calendar, it falls somewhere between September and early October. The festival is associated with moon worship and celebrating the year’s harvest.

In China, the tradition of moon worship dates back as far the Shang Dynasty (1600-1046 BCE), when emperors would offer sacrifices to the moon and pray for a prosperous harvest. By the early Tang dynasty (618-907 CE), enjoying and worshipping the full moon during mid-autumn became a prevalent tradition. Over time, other elements of the festival as we know it today were added, including the gifting and eating of mooncakes, the burning of incense, the lighting of lanterns and the performance of dragon dances. 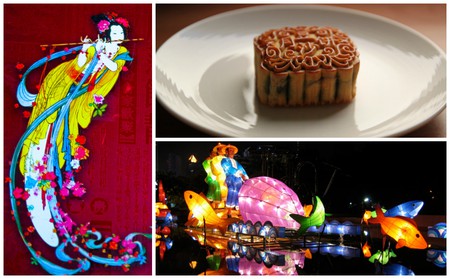 The Mid-Autumn Festival also commemorates the story of the Chinese moon deity, the goddess Chang’e. One popular version of the tale goes like this: In ancient China, there were ten suns in the sky instead of just one, and the scorching heat caused crops to shrivel and die. An archer named Hou Yi was able to shoot down nine of the ten suns, ending the drought. In return, the Emperor gave him a magic pill that granted immortality when swallowed. But instead of taking the pill, Hou Yi chose to stay by the side of his wife, Chang’e.

One day, one of Hou Yi’s students broke into the house to try to steal the pill, but was was confronted by Chang’e. In order to stop the intruder from taking the pill, Chang’e swallowed the pill herself and floated up to the moon.

The heartbroken Hou Yi burned incense and left food offerings for his beloved wife in her favorite fruit garden. It is believed that, during the Mid-Autumn Festival, Hou Yi and Chang’e are briefly reunited. It is also said that Chang’e is accompanied by a jade rabbit, whose silhouette is visible on the moon’s surface to keen-eyed observers.

In addition, the consumption of mooncakes, a dense pastry made of lotus seed paste and salted duck egg yolk, is an important part of the festival. This tradition is said to have begun during the Yuan Dynasty (1271-1368 CE), during which China was under Mongol rule. Legend has it that the Han people were able to send secret messages to each other inside mooncakes, which went undetected by the Mongols, who did not eat the pastries. Thus, the Han people were able to plan an uprising and overthrow the Yuan Dynasty.

In Hong Kong, the Mid-Autumn Festival is attended by vibrant festivities, including annual Lantern Carnivals, performances, dragon dances and more. Find out how to celebrate the festival here.