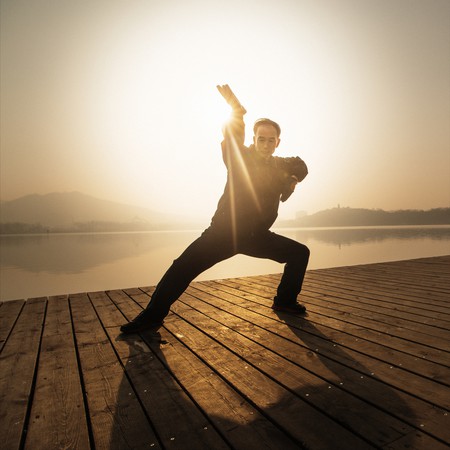 Kung fu is part of the cultural heritage of the Hakka people, a southern Chinese ethnic group that settled the New Territories of Hong Kong some 300 years ago during the Ming dynasty. However, in the past several decades, the twin forces of emigration and modernisation have placed Hakka kung fu styles on the brink of extinction.

The Hakka people came originally from the Central Plains of China, around the lower reaches of the Yellow River. They migrated south over several centuries, eventually reaching the mountains of Fujian and Guangdong. Then, in the late 18th century, some Hakka clans moved to the region now known the New Territories in Hong Kong. Throughout these migrations, the Hakka preserved their distinct dialect and cultural traditions, which separated them from the “native” communities of China’s southern coast.

The Hakka found life in the south far from easy. Pirates and bandits plagued the coasts and villages, and village warfare was commonplace. In addition, military conflicts in Fujian and Guangdong contributed to the instability and danger. In the midst of this chaos, the Hakka began to develop their own systems of martial arts beginning in the late Ming dynasty (1368-1644).

Hakka kung fu is distinct from other martial arts because of its narrow stance, which is accompanied by a rounded back and elbows held close to the body. Complex hand movements and triangular footwork with short steps are also signature elements. Interestingly, experts note that Wing Chun, the style of martial arts practised by Bruce Lee, shares many similarities with the Hakka style.

Many of the styles that developed during this period were named after family clans, as the Hakka tended to live in clan groups, with most (if not all) of the inhabitants of a village sharing a single surname. As such, the kung fu styles had names such as Lam Gar Gau (“Lam Family Teaching”) or Wong Gar Gau (“Wong Family Teaching”). The Hakka also adapted farming and hunting tools into weapons, including ploughs, rakes and whips, thereby getting around a state ban on owning private arms.

In addition to the family styles, a separate group of Hakka martial arts was primarily associated with itinerant populations. From the mid-18th century to the beginning of the 20th century, the Hakka began to move out of their villages to look for work. They developed styles such as the now extinct “Rolling Rocks” style, associated with quarry workers. Additionally, the move to rapidly industrialising cities such as Guangzhou exposed Hakka kung fu masters to non Hakka fighting techniques, which gave rise to more modern styles such as Pakmei and Lung Ying (“Dragon Style”). The practitioners of these newer styles found their way to Hong Kong sometime in the mid-20th century.

Today, the last bastions of Hakka martial arts can be found in rural villages across the New Territories. Only a few generations ago, it was common for all villagers to learn some kung fu. However, since the second half of the 20th century, Hakka martial arts have been in serious decline, and many styles have been lost. Many people have left their villages, emigrating to the inner city or abroad in search of better economic opportunities. In addition, Hong Kong’s younger generation seem to have lost interest in learning kung fu, preferring contemporary styles such as Muay Thai or mixed martial arts (MMA).

In 2016, in an effort to preserve the cultural heritage of Hakka kung fu, the International Guosho Association and the City University of Hong Kong collaborated on a media project called 300 Years of Hakka Kung Fu. The project included interviewing a dozen kung fu masters, using 3D moving-image technology to digitally capture their kung fu poses and movements, creating a digital archive that will be invaluable for generations to come.