Unusual Things To Do in Hong Kong 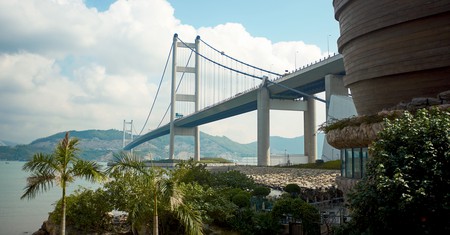 From canyoning to cartoon-themed dim sum, Hong Kong is full of unusual things to do. Read on for the top quirky things to do during your stay in Hong Kong, and discover the city beyond its tourist hotspots.

Dine at a cartoon restaurant

Japanese cartoon characters have been hugely popular in Hong Kong since the 1960s. So great is Hongkongers’ love for these characters that they have even made it onto the city’s food scene. Many restaurants cater to cartoon fans, but the most famous is undoubtedly Hello Kitty Chinese Cuisine. At this almost painfully cute dim sum restaurant, everything bears Hello Kitty’s face and trademark pink bow – down to the very last custard bun and shrimp dumpling.

But Hello Kitty is just the beginning of your adventure into cartoon-themed cuisine. Dim Sum Icon centres on Gudetama, an adorable Japanese egg, while the Pompompurin Cafe is the first overseas branch of the beloved pudding-shaped, beret-wearing dog’s café franchise. Pro tip: try their Mexican taco rice, which is as delicious as it is cute. 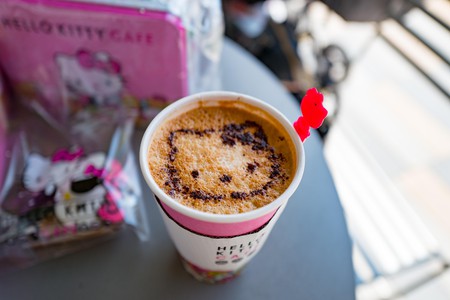 The Hong Kong Film Archive hosts regular screenings of Hong Kong cinema’s timeless gems, including many silent and black-and-white films. The screening schedule rotates through the classics, but you can often catch a film on legendary martial arts master Wong Fei-hung. There are also screenings of modern documentaries as well as foreign films. Check out the schedule on their website. 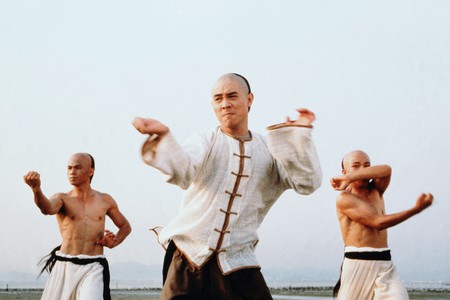 “Once Upon A Time In China”, a classic Wong Fei-hung film | © Film Workshop / Kobal / REX / Shutterstock

Hong Kong isn’t exactly a thriving hotspot of Christianity, even if its British colonial history means that it has a far higher proportion of Christians than mainland China. This is why it’s all the more bizarre that the city possesses one of the world’s largest models of Noah’s Ark. The 450-foot-long behemoth is situated in a biblical theme park in Ma Wan, built by the property tycoon Thomas Kwok and his wife after their conversion to Christianity. Inside the ark, you will find exhibits on biblical themes, a hotel, and even a small zoo. 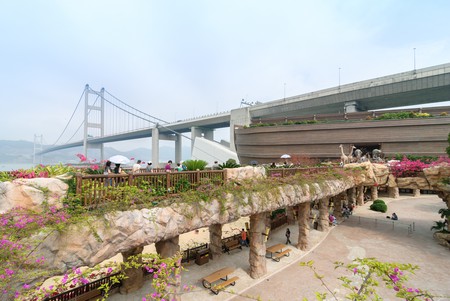 Stinky tofu’s odour may be extremely unappetising when you encounter it for the first time, but don’t let that stop you from trying one of Hong Kong’s best-loved street food delicacies. Popular throughout China, stinky tofu is fermented in a brine of vegetables, milk, meat and herbs. Hong Kong’s version differs in that it’s eaten either with a sweet or spicy sauce. This dish can commonly be found at Mong Kok’s abundant street food stalls, especially in and around the Ladies’ Market. 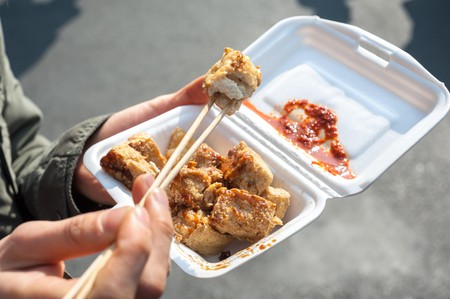 A visit to Hong Kong’s Bird Market, also known as Yuen Po Bird Garden, offers insight into a very traditional hobby: keeping songbirds. It was built in the ’90s to house the relocated bird market that was formerly in the centre of Mong Kok. In the surroundings of a traditionally landscaped Chinese garden, hawkers sell birds, hand-crafted bamboo cages and souvenirs. You’ll see many kinds of beautiful and exotic songbirds here, as well as locals who have come to take their birds out for a ‘walk’ as they socialise with other bird enthusiasts. 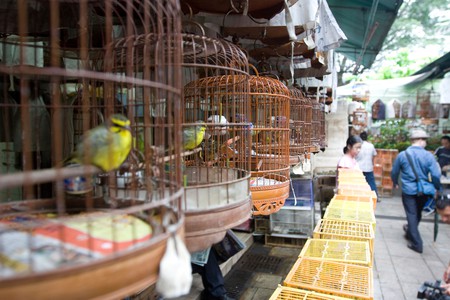 In 1997, the Pink Dolphin (technically known as the Chinese White Dolphin) became the official mascot of Hong Kong’s handover to China, thanks to the large numbers of pink dolphins residing in Hong Kong’s Pearl River Estuary. They are now an endangered species due to loss of habitat – mostly caused by the Hong Kong Airport project (and later the Hong Kong–Zhuhai–Macau Bridge) – pollution in the Pearl River Delta, and the massive amount of shipping in and around Hong Kong. According to the Agriculture, Fisheries and Conservation Department’s statistics for 2016, there are only 47 pink dolphins left in the waters surrounding Lantau Island. The best way to see them is joining a boat trip from Tai O or the ever popular Hong Kong Pink Dolphin Watch Cruise from Tung Chung. 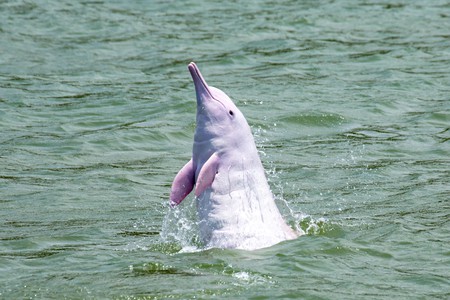 Hong Kong doesn’t have a huge number of cycling paths but the picturesque route from Tai Wai to Tai Mei Tuk is without a doubt the most popular. The full trail is about 22km long, taking cyclists along the Shing Mun River, past Hong Kong Science Park, Pak Shek Kok Promenade, Tai Po Waterfront Park, and finally towards Tai Mei Tuk. The trip takes about two and a half hours one way, but if you rent a bike at one of the many rental places by Tai Wai MTR station, most will give you the option to return the bicycle at either Tai Po or Tai Mei Tuk, leaving you free to take the MTR or bus back. 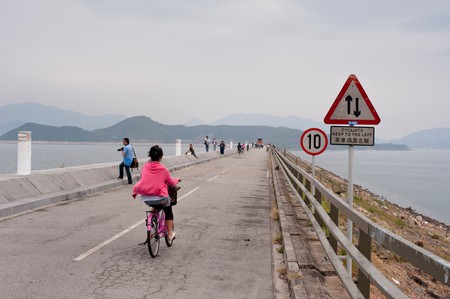 For a very special experience, hop on down to Rabbitland, a cute vegetarian café with a unique selling point: 12 adorable rescued rabbits that visitors get to pet while they sip their coffee. The owners have taken steps to protect the rabbits’ well-being, so the café’s furry residents are relaxed and seem to genuinely enjoy human company. While fairly quiet during the week, weekends can get busy and there’s a strict limit to the number of customers at any given time. Be aware that there is a minimum spend of 50 HKD per guest – although this is no obstacle, given the café’s delicious menu of drinks and snacks – and extra charges apply if you stay over 90 minutes (60 on weekends). 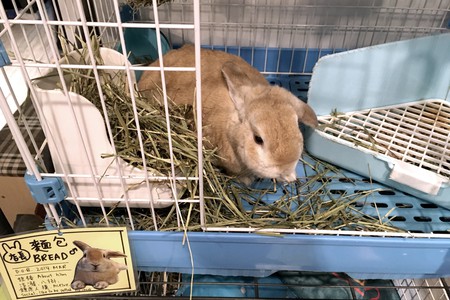 Officially named the Hong Kong UNESCO Global Geopark, this conservation area is dedicated to Hong Kong’s unique geological formations and comprises two main regions: the volcanic rock region in Sai Kung and the sedimentary rock region in the Northeast New Territories. Free tours of the different Geopark sites are available on a regular basis, allowing visitors to explore islands, sea caves and abandoned fishing villages. Another great place to start is the Volcano Discovery Centre, which can be found at the Sai Kung Waterfront Park. 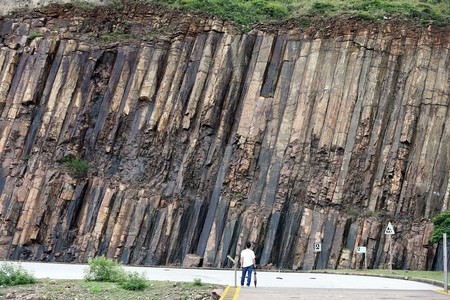 Hong Kong’s local craft beer scene has boomed over the last decade, with microbreweries popping up all over the city. One of the most famous brands is Gweilo, which was founded in 2014 by a group of British friends. Named in tribute to the Cantonese slang used to describe Westerners, gweilo, the company’s signature brew is a pale ale. A great way to get to know Hong Kong’s dynamic and growing craft beer scene is to take a tour. The tour offered by Humid with a Chance of Fishballs comes highly recommended, giving visitors the chance to look behind the scenes at several breweries and try up to 14 kinds of beer. 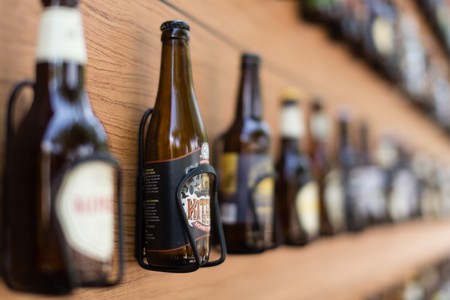 Canyoning may not be a sport that instantly comes to mind when thinking about Hong Kong, but the city’s position among mountain peaks and lush forest makes it a haven for lovers of adventure sports. Splash in waterfalls, swim in streams and abseil down rock faces on a canyoning tour with HK Rock Climbing Adventure, which also runs other adrenaline-pumping activities such as zip-lining and rock climbing. 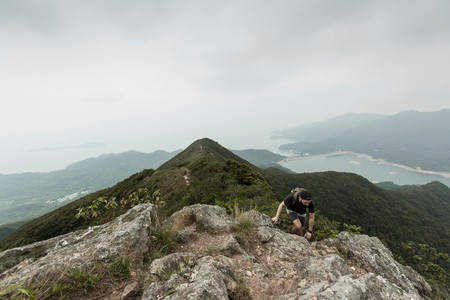