10 Films To Make You Fall in Love with Hong Kong 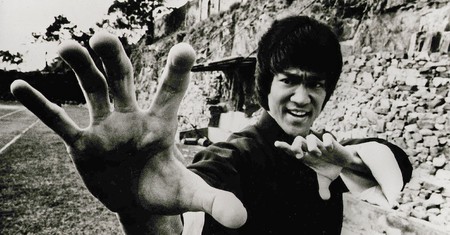 As one of the world’s most vibrant and alluring cities, Hong Kong’s unique history has provided inspiration for some of the world’s best filmmakers. Here are 10 films that encapsulate the diverse spirit of the city in all its beauty. 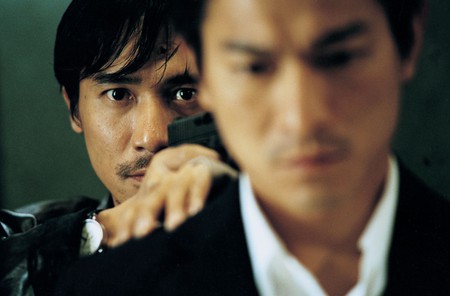 Infernal Affairs signalled a bold new movement of Asian film-making that included directors like Park Chan-Wook (Oldboy) and Takashi Miike (Audition). The neo-noir thriller tells the story of an undercover cop and his criminal counterpart, who has infiltrated the Hong Kong police force, with both men locked in a game of cat and mouse. Along with being a razor-tight story, the film also reads as an analogy for Hong Kong’s identity crisis as the city’s residents had to re-adapt following the 1997 handover. The movie makes expert use of the streets of Hong Kong, with a gripping opening sequence set in the city’s stunning Ten Thousand Buddhas Monastery. Hollywood would remake the film to Oscar-winning effect as 2006’s The Departed. 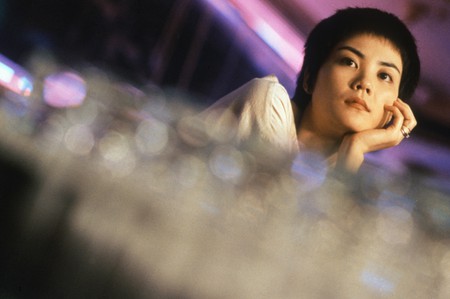 A film by one of the all-time great Hong Kong directors, Wong Kar Wai, Chungking Express is a love letter to the city itself. The film is split into two stories, the first following a Taiwanese policeman who falls in love with a woman who has connections with the city’s underworld. In the second, an unnamed police officer falls for a woman who works in his local snack bar. Thematically, the film presents romantic love as a persistent source of melancholy and unfulfilled desires, but visually it is simply gorgeous to look at, with Christopher Doyle’s cinematography capturing the neon shimmer around Lan Kwai Fong and Kowloon as well as the Nathan Road district. The iconic Chungking Mansions, which are still a big draw with visitors today, loom large across the entire film. 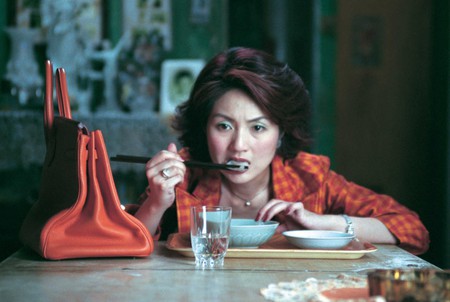 Hong Kong’s cuisine is one of the main reasons to visit the city, but this film puts an altogether unsavoury twist on its gastronomic subject matter. In this jet-black horror-drama, Aunt Mei, played by Bai Ling, is an embittered older woman who becomes a cook famous for her homemade dumplings, which possess special rejuvenating qualities. To say more would be to give away one of the film’s most shocking reveals – suffice to say that a strong stomach will be required. Originally adapted from a short film as part of the Three Extremes anthology, you’ll never look at a plate of dim sum in quite the same way ever again. The main setting was the now-demolished Shek Kip Mei, Hong Kong’s first public housing estate. 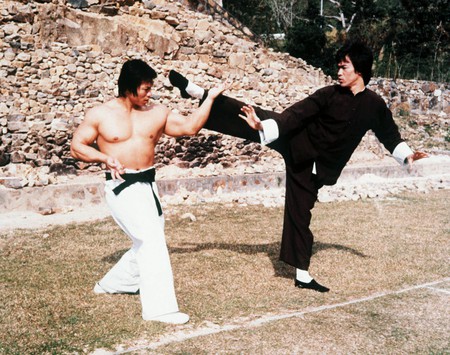 No other artist in Hong Kong cinema has had as seismic an impact on pop culture as Bruce Lee. Enter the Dragon was his final and arguably most famous film. The story, about a martial artist sent to spy on a reclusive crime lord, is merely an excuse to show off some gorgeous shots of Hong Kong alongside Lee’s astonishing artistry. With a fighting style that was fluid and balletic, Lee is a wonder to behold as he punches, kicks and nunchuks his way through hordes of baddies while dropping the occasional nugget of Eastern philosophy. Keep an eye out for the famous locations of Castle Peak, the New Territories and the Tsing Shan Monastery, one of the few parts of Hong Kong that remains largely unchanged since the 1970s. 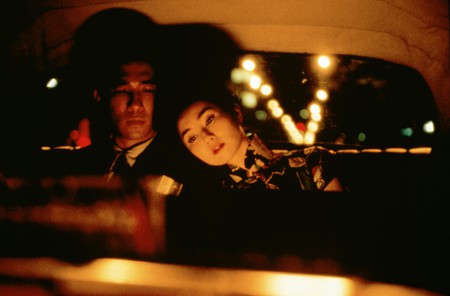 The second film on this list by Wong Kar Wai is also another love story. In the Mood for Love follows two neighbours who become friends after they believe their respective spouses are having an affair. What starts as a meeting born of necessity soon becomes something more emotionally complex. An all-time gem in Hong Kong’s cinematic canon, the movie is exquisitely sensual, thanks to onscreen chemistry between actors Tony Leung and Maggie Cheung, which is so potent that it almost wafts off the screen. The Western-style Goldfinch restaurant was one of the few locations actually filmed in Hong Kong, as much of the movie was shot in Bangkok in order to better capture the feel of an Asian metropolis in the 1960s. 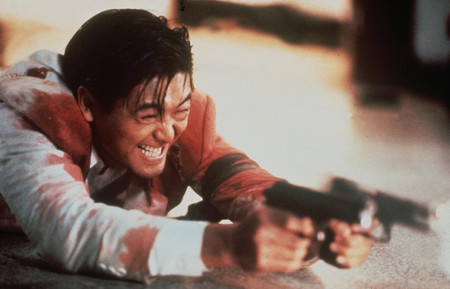 There’s a strong case to be made for naming John Woo the most important Asian filmmaker of his generation, thanks to the inimitable, hugely influential action movies that forged his reputation as a true artist of world cinema. His most creative period was during the 1980s, and The Killer remains his masterpiece. The legendary Chow Yun-Fat plays an assassin carrying out one last dirty job only to be double-crossed by his boss, and bullet-riddled mayhem ensues. Woo’s signature style is still exhilarating to behold some 30 years later, and with movies like The Raid (2011), Atomic Blonde (2017) and John Wick (2014) blurring the line between homage and imitation, his work remains more relevant than ever. Many of the outdoor gunfights were shot on location in Causeway Bay and Hennessy Road, often resulting in anxious local people calling the police as they believed that the shootouts were real. 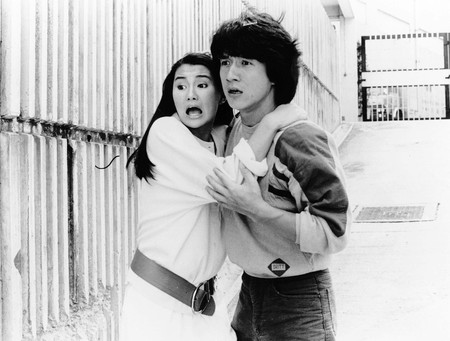 It’s impossible to make a list of Hong Kong films without including at least one Jackie Chan film. Having been mentored by Bruce Lee, Jackie was Hong Kong’s biggest action star by the time Police Story was released, and it’s easy to see why as he combined Lee’s charisma and dexterity with a charm and playfulness that owes as much to Buster Keaton as it does The Shaw Brothers. This film follows a police officer who must clear his name after drug lords frame him for the murder of another policeman. Of all the film’s set-pieces, the standout is in the movie’s climax, where our hero must fend off a slew of baddies in the Tsim Sha Tsui Wing On shopping centre. A special mention must go to Jackie and his extraordinary stunt team, all of whom performed their own stunts to bone-crunching perfection. 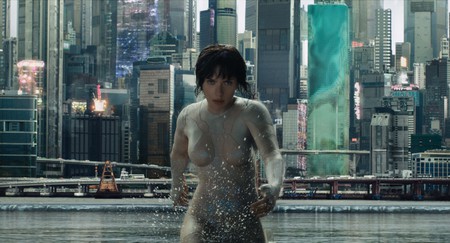 Much of the live-action anime adaptation was filmed on location in Hong Kong, in keeping with the visuals of the 1995 original. Real-life locations used in the film combined the old with the new, from Victoria Harbour to the Cultural Centre in Tsim Sha Tsui. Upon release, the film got a lukewarm reception from critics and anime fans, but a second watch reveals it to be a better film than it was given credit for. Visually stunning, with amazing production design, it does justice to the majestic city that inspired its setting. 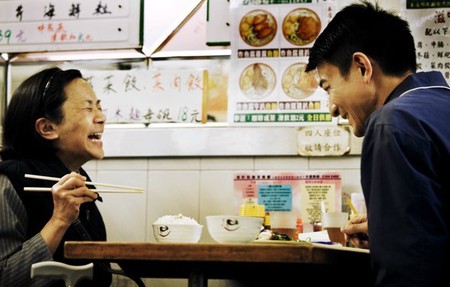 ‘A Simple Life’ is based on a true story | © China Lion

One of the more recent films on this list, A Simple Life is based on the true story of film producer Roger Lee and Ah Tao, his servant, who had worked in his family for six decades. Communication between the two is kept to a minimum until the servant suffers a stroke and Roger begins to realise how important his ‘godmother’ is to him. A touching film about the depths of our relationships and the impermanence of life, it also serves as a joyful celebration of Cantonese food, with marketplaces, restaurants and Tao’s home cooking all taking up plenty of screen time. 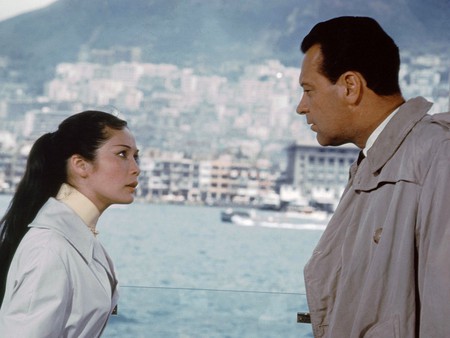 Adapted from the 1957 Richard Mason novel of the same name, The World of Suzie Wong is the story of an American artist who becomes infatuated with a Hong Kong sex worker. The film makes this list not necessarily for its story – romantic fluff whose racial and sexual politics make it look comically dated now – but because it was filmed in 1960s Hong Kong and captures a side of the city that is no longer there. The film’s depictions of Tsim Sha Tsui and Sheung Wan are so at odds with the locales in the present day that they are virtually unrecognisable. As such, the film exists as an invaluable historical record of old Hong Kong.