The Best Things To See and Do in Hout Bay, Cape Town 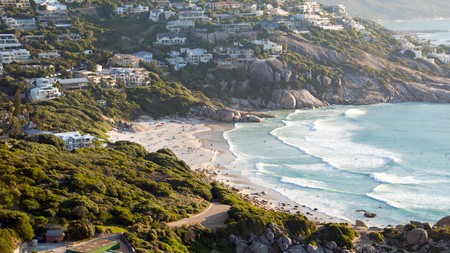 Fondly nicknamed ‘The Republic of Hout Bay’, the area is just a 30-minute drive from the centre of Cape Town. Although often dismissed as a far-flung suburb, Hout Bay has a distinctive charm and is the perfect place for outdoor adventures. Here are the best things to do on your next visit, as recommended by a local. 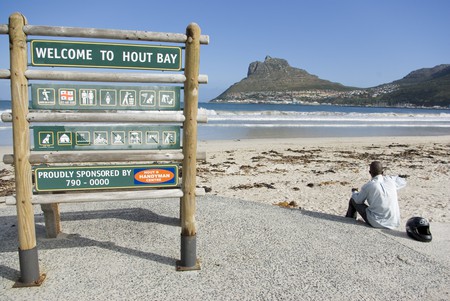 The area of Hout Bay has for a long time been overlooked on Cape Town itineraries. Today, regular attractions such as the Bay Harbour Market and a number of popular restaurants are piquing interest from Cape Town locals; the breathtaking Chapman’s Peak Drive and the towering mountains around the small bay don’t hurt, either. But whether for geographical or ideological reasons, it still can’t shrug off its reputation as a separate destination.

Australian-born ultra-distance runner Innes Smith has set up a community-centred business here in order to bring both the local community and visitors together. Smith founded Hout Bay’s The Vine, which is an ideal place for runners and outdoor enthusiasts to stock up on supplies, grab a coffee or a snack and spend time with like-minded people.

For the unapologetically outdoorsy, the best experiences in Hout Bay happen when you go in search of adventure. 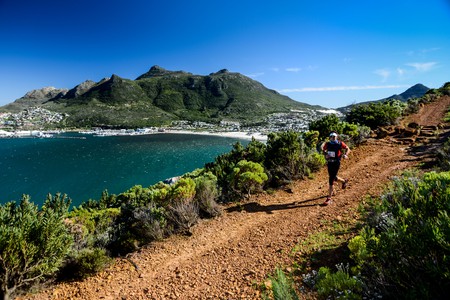 Hout Bay and the areas that surround it are fascinating from a historical standpoint. Although it’s named for its abundant forests (hout means ‘wood’ in Afrikaans), Smith recommends exploring the remnants of early settlers’ other attempts to tap into the area’s natural resources: the abandoned manganese mines. These date back to the late 1800s, and for the adventurous they are one of the most intriguing activities in the area.

“The manganese mines are just a short hop from Historic East Fort,” says Smith. “It’s a labyrinth of trails, caves and mine shafts to explore.”

The Cape Peninsula was home to several important radar stations during World War II, and there’s one atop Hout Bay’s Karbonkelberg. To get there, you need to climb the mighty Karbonkelberg – an activity he doesn’t recommend doing alone.

“Go with the team from Karbonkelberg Tourism,” he says. “They’ll get you to the World War II radar station on top, and can help you explore Suther Peak while you’re up there.” 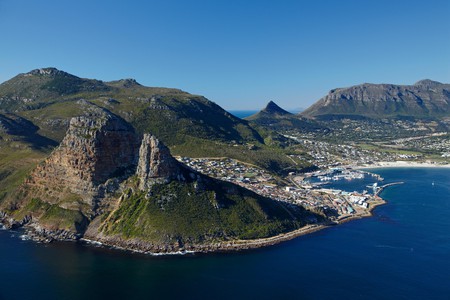 Walk, or run, to a shipwreck

As an accomplished trail runner and coach, Smith has several recommendations for the area that combine physical activity with some sightseeing. The route at the base of Little Lion’s Head, and above Llandudno Beach and Sandy Bay, is one of these.

“Rocket Road is a stunning trail above Sandy Bay, leading out to the wreck of the Bos 400 [the wreck of a French barge],” he says. “If you are feeling very adventurous, head up Duiker Ridge to the mountaintop and run back down to the Hout Bay Harbour.”

Run with the Vine

For fans of running who aren’t sure how to get the most out of Hout Bay’s various options, Smith recommends joining a running group. The Vine lead runs through the area – on both road and trail – four to five times per week, which Smith says will get participants to the best trails and spots in the Bay.

If you’re unable to join the Vine’s events, Smith recommends a leg-burning run from Hout Bay to the lookout on Chapman’s Peak. “Or, if your legs can only manage five kilometres instead of 10, you can run to the tollbooth and back,” he says.

Smith suggests that mountain and trail running enthusiasts who visit Hout Bay should also pay tribute to popular trail runner and local business owner Wesley Sweetnam, who was tragically killed in 2019. A route that locals call ‘Finding Wes’ is a fitting tribute to the accomplished athlete.

“Get some clues from the Vine to find a hidden peak with a memorial to trail runner Wes Sweetnam,” he says. “And if successful, you get a free drink, and your name and photo go up on the board.”

Hout Bay is still home to a working harbour and, unsurprisingly, some of the best casual fish and chip places in the city.

There are several options around Hout Bay, including two of the oldest: Fish on the Rocks and Snoekies. Both offer quick and easy fast-food-style options that you can eat at picnic benches or on the nearby rocks.

For a more formal affair, however, Smith recommends getting fish and chips at nearby Mariner’s Wharf, or sampling seafood at MAMA’s. “MAMA’s seafood and grill is located in the harbour,” he says, “and it’s a great spot to go to for an authentic braai [barbecue] and to meet some cool locals.”

The popular Bay Harbour Market, which is open on Friday evenings and throughout the weekend, also has a wide variety of food, drinks and local crafts and curios on offer. 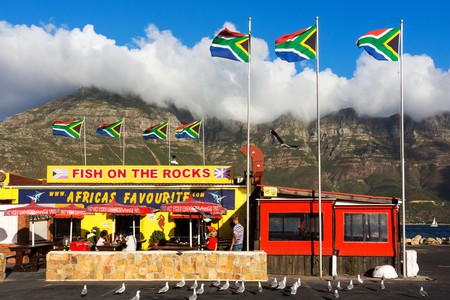 Hop on an e-bike

Hout Bay offers some of the most dramatic views in the city, including the iconic coastal road in Chapman’s Peak Drive. It’s a popular route that most visitors tackle by car – but Smith says doing it by bicycle is particularly special. Although accomplished cyclists regularly sail over the steep hills, Smith suggests that the less fit experience it with some assistance. “Grab an e-bike from Lion eBikes,” he says. “You can collect them from the Vine, and then let the electric motor kick in up the hills!”