The Best Books by Gabriel García Márquez You Must Read

In the late 19th century, the Nicaraguan poet Rubén Darío inaugurated the first truly Latin American literary movement, modernismo (modernism). But it was the Colombian writer Gabriel García Márquez who pushed the Latin American narrative to the forefront of world literature, with the publication of One Hundred Years of Solitude in 1967. It was a masterpiece of magical realism, following the legendary and mythical life-cycle of the town of Macondo and the Buendia family who founded it and lived there. After One Hundred Years of Solitude, further masterpieces punctuated his career, earning him the Nobel Prize for Literature in 1982. As the foremost representative of the Latin American literature boom of the 1960s, García Márquez decisively contributed to the projection of various authors who revived the unique narrative of the continent. This publishing phenomenon led to the international discovery of numerous top-level novelists hitherto unheard of outside of their home countries. Here is our list of best books by Gabriel García Márquez, one of the most influential writers of the 20th century. 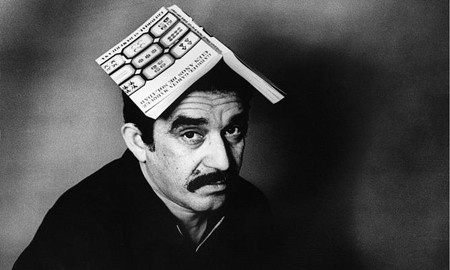 One Hundred Years of Solitude

One Hundred Years of Solitude follows the epic of the foundation, greatness and decline of the fictitious village of Macondo and its pioneering and most illustrious family, the Buendias, who live their lives struggling against failings of the Colombian republic and the ordeals of fate, time and existence. One Hundred Years of Solitude is a work of giant, epic theatre, where myths engender men who in turn generate myths, like in Homer, Cervantes and Rabelais. It is a chronicle of an isolated microcosm of life and society, with its fabulous genesis and apocalypse. The story of the village and the descendants of the Buendias, from foundation to extinction, is the heart of a wonderfully magical and poetic tale, one that is almost unparalleled in both its unbridled fantasy and the captivating style of its extraordinary author. Macondo is the ultimate example of the modern world, a world of infinite possibilities for both enrichment and destruction, and one in which time passes in a peculiar, cyclical way. Until the end its characters appear inextricably complicit in this process, because of “facts which nobody believes but had affected their lives so that they were both drifting on the surf of a bygone world that lived only nostalgia.”

Chronicle of a Death Foretold

The Vicario brothers announce their murderous intent to all those they meet; the rumor finally alerting their entire village, except for Santiago Nasar. Yet at dawn that morning, Santiago Nasar is stabbed outside his house. Why couldn’t the crime have been prevented? Some do nothing, believing in a mere drunken bravado; others try to act but a complex web of mishaps and unexpected, often joyfully burlesque, prevent this. See how the ingenuity or the rancor and the contradictory feelings of a population living in tropical isolation allow and even facilitate the blind will of fate. Chronicle of a Death Foretold is a novel where the amazing humor and imagination of the great Colombian writer, is let loose more than ever to create a new and great fiction about the eternal themes of honor and fatality.

Love in the Time of Cholera

At the end of 19th century in a small Caribbean town, a poor young telegrapher and a charming schoolgirl swear to marry and to live a life of everlasting love. For three years they live just for one another, but then Fermina marries Juvenal Urbino, a brilliant doctor. Florentino, the betrayed lover, turns into an unrepentant womanizer and tries to make a name and a fortune to merit the love of Fermina, whom he will continue to love in secret for fifty years, an emotion that drives his life almost single-mindedly. The author gives free reins to his storytelling genius in this tantalizing novel, the richness of his imagination and the baroque charm of his writing. 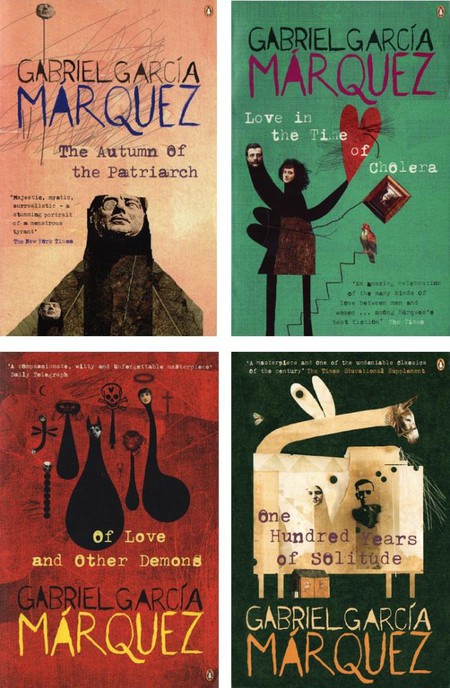 Of Love and Other Demons

In 1942, during building works in a Latin American convent, the remains of a teenager Sierva Maria de Todos los Angeles were unearthed. Her splendid hair measured 22 meters. This strange discovery, real or imaginary, is the starting point of a unique love story, in the joyous, colorful and decadent Cartagena in the mid-18th century. The only daughter of the Marquis of Casalduero, Sierva Maria was 12 when bitten by an ash-colored dog with a white moon on its forehead. Suspected of diabolic possession, she is locked in a convent by the Inquisition, where she lives with her exorcist, Don Cayetano Delaura, and embarks on an insane romance, passionate, destructive and, obviously, cursed.

News of a Kidnapping

In August 1990 the ‘Medellin Cartel’ kidnapped eight Colombian journalists and kept them captive for almost a year. Its goal was to prevent the extradition of drug traffickers to the United States. The drama ended with the surrender of the leader of the cartel, but two hostages – two women – had been killed. This is the story of a decisive confrontation between the democratic government and the most powerful mafia group of the time, a gang that was effectively a state within the state. It is based on the testimonies of the protagonists, in particular Maruja Pachon and her husband Alberto Villamizar, whose roles will be decisive in the story.

The General in His Labyrinth

On the 8 May 1830, General Simón Bolívar, escorted by his retinue, leaves Bogotá after having relinquished power. He only has a few days to live. Just down the Magdalena River, El Libertador (‘the Liberator’) of South American relives his struggles, his triumphs, his excesses and his failures. Colombia, Peru, Venezuela , Ecuador and Bolivia are independent, but his dream of unifying the continent has failed, undermined by rivalries and betrayals. To evoke this extraordinary destiny, the García Márquez mixes fiction with history. Under his pen, the historic hero becomes a man in a Promethean duel with history and time. 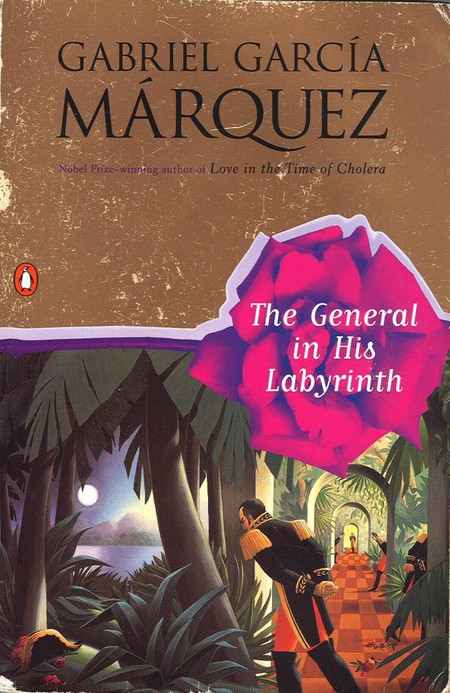 The Autumn of the Patriarch

This book was written with a watchmaker’s precision. A careful reading of the text discerns several series of recurring themes or motifs that have not all been uncovered, such as vultures, which reappear at the end of the novel and are associated with the earliest memory of the patriarch. Another is the ‘theme of faces’, which duplicates the image of the mother and symbolizes the Oedipal nature of the love that unites the central character Bendición Alvarado and his motherly wife, Leticia Nazareno. More surprising is the composition of the chapters of the novel. The exact middle of each of them contains an element that is essential to the story. Three are centered on bright characters who refuses to bend to the authority of the patriarch: the young and beautiful Manuela Sánchez , the religious Demetrio Aldous, and the poet Rubén Darío. The other three are built around the baseness of the protagonist, as evidenced by his duplicity, corruption and infantile lust for power that drives him to sell the territorial waters of the country to avoid occupation by a foreign power.

Living to Tell the Tale

“Life is not what one lived, but what one remembers and how one remembers it” writes Gabriel García Márquez in this book of memories of his childhood and youth. In this novel of a life, the author brings life to the characters and stories that populated his work, the magical world of his home town of Aracataca, his training in journalism, the tribulations of his family, the discovery of literature, and the beginnings of his own writing. In this swarm of stories, where extraordinary meetings and sleepless nights often occur, emerges perhaps the most romantic book by Gabriel García Márquez . A fascinating novel where nature, power, alcohol, women and laughter have the essence of delirium and wonder. 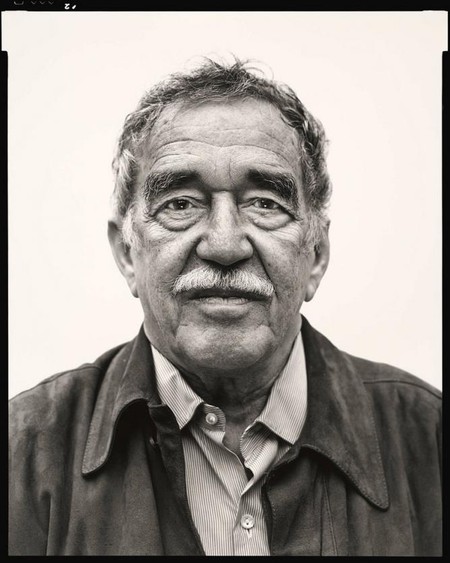 This is the first novel of the future Nobel Prize Laureate, and he was only 19 when he wrote it. This is the story of an impossible burial. The death of a strange character, a former doctor, hated by the people, forces an old retired Colonel to fulfill a promise to bury the doctor, thus facing the of opposition the town and its authorities. At the same time it is the story of hatred accumulated over 25 years in Macondo, the fictitious town near the Colombian Atlantic coast that has become one of the great myths of world literature when it was used as the setting of One Hundred Years of Solitude.

Memories of My Melancholy Whores

Memories of My Melancholy Whores was published in 2004. The novel tells the story, in the first person, of an old man and a teenage crush, similar to Maria dos Prazeres in Strange Pilgrims. The protagonist finds love near the end of his life, when the only adventure left is death. The action of the story begins from the 90th birthday of the narrator, and is set in the city of Barranquilla.