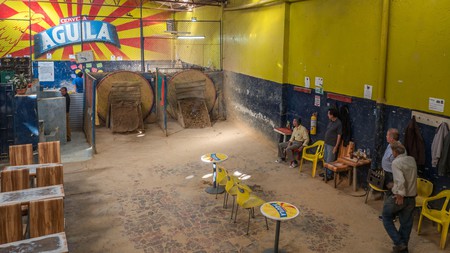 Are you a fan of alcohol, throwing games or explosives? Colombia’s national sport of tejo (also known as turmequé) combines all three in a game that enthusiasts (questionably) claim is safe for all the family. Here’s what you need to know.

Tejo incorporates beer and gunpowder in a sport where any alcohol-related lapse of concentration is met with explosions to snap players back into concentration. Although that’s not how it began, it is the game into which it has evolved. Players hurl tejos (weighted steel discs) towards a bocin (a metal ring) that is rigged with gunpowder-stuffed mechas, which explode on impact. Undoubtedly a more lively version of bowling, it’s probably not one for the jittery, but if you can get over the loud noises, then grab a tejo, crack open a beer and get involved. 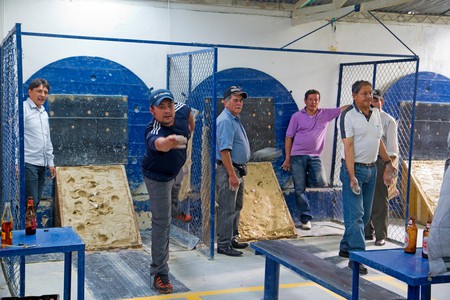 Tejo is not for the faint-hearted, but loved in Colombia | © Andrew Bain / Alamy Stock Photo

While a lack of oral, written and archaeological evidence has made refining a single theory of tejo’s inception impossible, this has not deterred people from exploring its origins. Modern tejo is based on a game that was developed in Turmequé, Boyaca, Colombia, more than 450 years ago. Meanwhile, in Sports and Games of the Ancients (1961), sport historian Steve Craig suggests that Chibcha people in South America played the game during the pre-Columbian period. 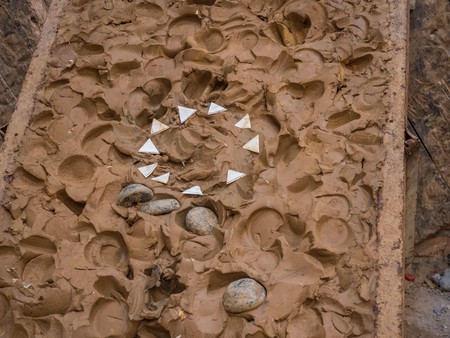 Gold discs were probably used as tejos in the ancient version of the game, before being replaced by stones following the vigorous efforts of Spanish conquistadors to extract the precious metal from South America. Although they essentially stole gold from the game, it is also likely the Spanish left their own explosive mark on tejo by contributing the characteristic gunpowder-filled mechas element. This may have saved the sport as – unlike many other elements of pre-European, indigenous, and native South American culture – tejo is widespread in modern Colombia.

How to play tejo

Competitors lob the tejos from a marked spot at one end of the playing lane towards the metal bocin ring at the other end. Contained in a wooden box, roughly 1sqm (11sqft) in size, the circular bocin is home to paper triangles filled with gunpowder, or mechas. The aim of the game is to hit the mechas, causing them to explode and edge your team closer to victory. Regulation tejo lanes are 19.5m (64ft) long and 2.5m (8.2ft) wide, but the throwing line is 15m (49.2ft) from the edge of the wooden box. The box is poised towards the throwing mark at an angle of roughly 30 degrees, while a backboard is there to assist in case of overthrows.

Games can be played between individuals or teams of up to six people, with one throw for each player per round. Throwing first is an advantage because exploding a mecha means victory in that round, and the winner of the round is also first to throw in the next.

Scoring is straightforward, if a little unfair. A full nine points are scored if your tejo lands in the bocin while also exploding one or more mechas; six points are awarded if you do this without a bang. Despite this being more tricky, explosion really is the name of the game. You get three points for exploding a mecha without landing your tejo in the bocin, while landing closer to the circle than your opponent will score you one point – and the losing team buy the beers. Since venues are often free (charging only for the beers), tejo can provide great cheap entertainment, so long as you can hold your aim… and your drink. 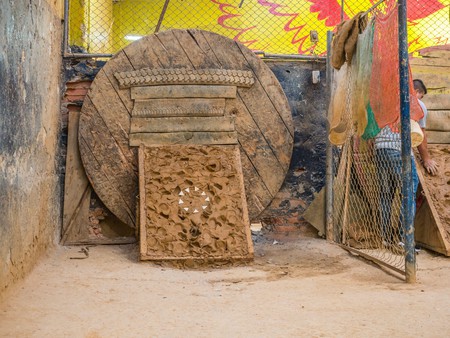 Intrigued? You can try your hand at Tejo with Culture Trip on our exclusive eight-day Colombian Andes adventure, led by our local insider.