Everything You Need to Know About Buying Emeralds in Colombia 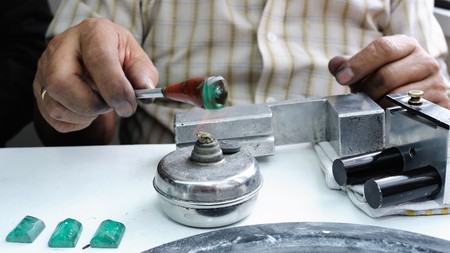 Colombia is famous for several different exports – coffee and crude petroleum among them – but few people know that Colombian emeralds account for up to 90 percent of the world emerald market, and are among the purest on the planet. Buying emeralds in Colombia is easy, though there are several things prospective buyers should know. Read on to learn everything about buying Colombian emeralds, including their history, where to find the best gems and how not to get ripped off.

The history of emeralds in Colombia

Colombian emeralds are found in two areas – the Chivor and Mizo districts – and have been valued by people here since 300CE. In the 16th century, Spanish conquistadors seized control of the mines and forced the indigenous Muzo people to work for them. The precious stones were then sold to royalty and the wealthy in Europe, India and Turkey. 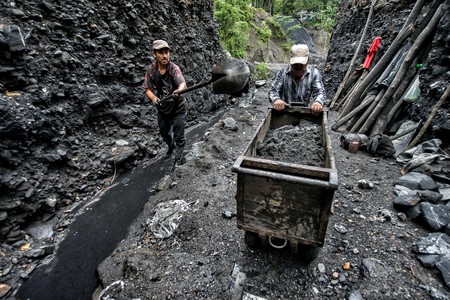 By the late 17th century, production in both mines had dwindled – the Chivor mine was abandoned and lost, although it was rediscovered 200 hundred years later. Following Colombia’s independence from Spain, private companies and the government took control of the mines. However, years of lawlessness, violence and political upheaval affected them throughout the 19th and 20th centuries.

In the 1980s, the Green Wars led to robberies and violence as drug cartels and mining families battled for control of the emerald-mining areas. A peace process was brokered by the Catholic Church in 1991 and the mines have since been operated by local emerald barons. The most famous was Victor Carranza, known as the billionaire emerald czar, who controlled up to 40 percent of the emerald trade in Colombia before his death in 2013. 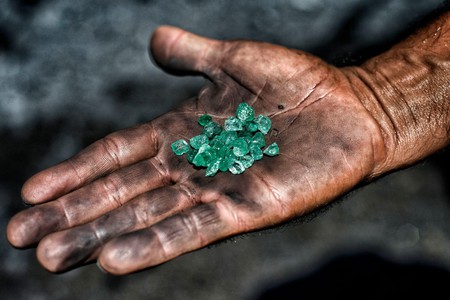 What you need to know when buying emeralds

Colombian emeralds are known for their excellence. But the most important thing to bear in mind when buying an emerald here is that the price matches the quality of the stone.

Colombian emeralds are typically the most expensive in the world; however, you can pick one up for as low as $30 (109,000 Colombian pesos) and as much as $10,000 (36m Colombian pesos). This price differential largely depends on the quality of the stone: those that cost closer to $30 are younger emerald formations that are more opaque and light in color, and probably have a more turquoise cast. 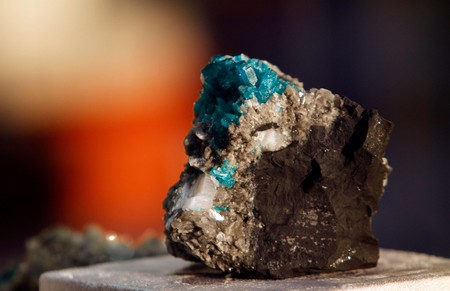 On the other hand, emeralds costing thousands of dollars are translucent and dark green, and will have formed over 40m years. Even a tiny stone of this quality is going to cost a minimum of a few hundred dollars. While the color of the stone is key in determining the price, it’s also important that you inspect the stone for inclusions, such as air bubbles or internal crystals, which can lower the price. A lighter stone with fewer inclusions than a darker one is likely to cost more, in spite of their respective colors.

You can spot fakes easily enough by holding your gem up to a light or magnifying glass and checking for inclusions; a perfect stone, without a single inclusion, is likely to be fake. Some dealers have been known to switch the real gem for a fake after the sale is complete, so reinspect your stone after the purchase.

The best place in Colombia to buy emeralds

The best place to buy emeralds in Colombia is the emerald market in Bogotà. As the vast majority of Colombian emeralds are mined in the Boyacá and Cundinamarca regions, most stones pass through the nearby capital. Bogotà has a dedicated Emerald District near La Candelaria neighborhood, between 12th Street and 6th Avenue, and this is the best place to buy emerald jewelry in the city. The Emerald Trade Center of Bogotá on Avenida Jiménez is another great place to pick up a good-quality stone.

You can also purchase quality Colombian emeralds in Cartagena; the most reputable and well-regarded spots are the Caribe Jewelry and Emerald Museum and Lucy Jewelry. The latter refuses to pay commissions to guides who bring in customers, which keeps the price low for the consumer. 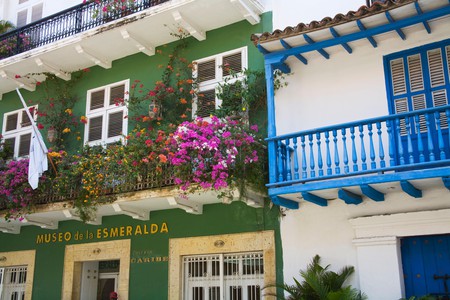 If you do decide to buy emeralds or emerald jewelry in Colombia, rest assured you will be buying a beautiful stone from the home of the world emerald trade. Simply inspect the stones, negotiate the price and shop at a reputable store, and you won’t run into any problems with your Colombian emerald experience.