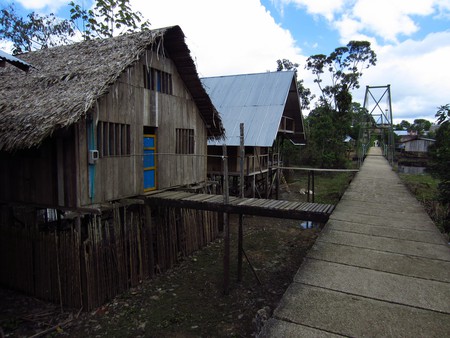 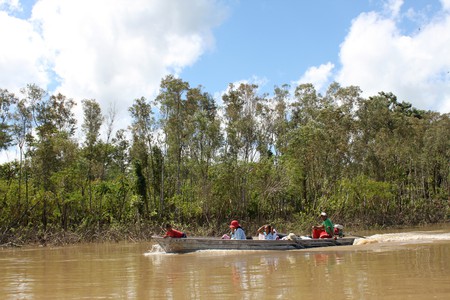 The area has been somewhat developed; each of these departments have a large number of established towns and villages away from the indigenous communities, but large areas of the Amazonas region are still unexplored. The biggest city in the Amazonas region is Leticia: an established town that contains a small airport, restaurants, hotels and shops. Leticia is often referred to as “the gateway to the Amazon” due to its close proximity to Brazil and Peru (the Brazilian border is located just outside of the town’s perimeter and Peru is located just across the Amazon river) and the fact that from Leticia you can reach many other locations in the Amazon, predominantly by boat. Leticia is a interesting place to visit with ecoparks providing information about the Amazon, hotels and a plaza where something magical happens: everyday, without fail, in Leticia’s central plaza thousands and thousands of birds fly down to sit in the trees in the surrounding area, falling from high in the sky resembling rain drops.

From Leticia a large number of boat trips are available to different areas of the Amazon; if you venture east you will quickly end up in Brazil, but by venturing west up river you can discover a large number of Colombian indigenous communities. Many indigenous groups established their communities on the river banks to allow them to fish and trade easily. Along the Amazon River in Colombia there are over 26 individual communities and many welcome visitors, but others don’t. All these indigenous communities are in harmony with nature, utilise what they need and preserve what they don’t; many still live with deep traditions, the same way they did generations ago. 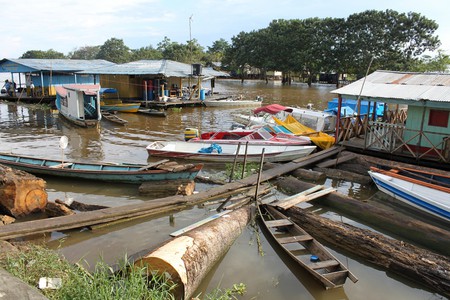 A boat transports individuals to and from these communities, like a water bus, and provides locals with access to schools, hospitals and shops. One community located on the Amazon River is a 20 family community called Valencia, this community made its home on the edge of the river and the community’s main source of income is through selling fish and crops. Each family has a wooden house and garden area, but none of the houses have windows, electricity or running water. The Colombian government has provided many communities with useful objects such as rain water collection buckets, kitchen utensils and gas powered items such as cookers, which help to make their lives easier.

The indigenous communities have preserved their traditions, but have also slowly adapted to the developing world: activities such as football are sociable events with everyone coming out to watch games and cheer on players. The community of Valencia utilised the rainforest to grow crops to sell and have cleared small areas to plant a variety of fruits and vegetables to sell in nearby villages.

Puerto Nariño (87 kilometres from Leticia) is known as “the cradle of the Amazon” and is a fully self sustainable town which is a model for the rest of the world; the town is pedestrian – no cars or motorbikes. This is one of the larger towns on the Amazon river with a population of over 6,000 people from the native Vicuna tribe. Many people from local communities use the town to sell their products, go to school, go to the doctors, play football and buy products. This community has grown rapidly over the past 10 years and now has a small number of hotels and hostels as well as locally run shops. 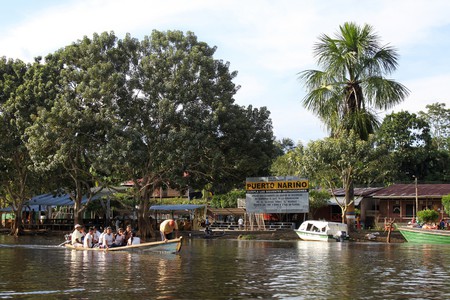 While there are many individual communities, like Valencia, located along the Amazon river there are also a large number located upstream in rivers connecting to the Amazon River. These communities are much harder to reach and many tribes may have never had visitors before. There are also a number of bigger towns, like Puerto Nariño, located all over the Amazonas department, many of which can only be accessed by boat. Some of the larger communities are: Puerto Arica (population of 1,350), Puerto Alegría (population of 1,531), Puerto Santander, Tarapacá, Mirití-Paraná, La Victoria, La Pedrera, La Chorrera and El Encanto (population of 4,376).

In addition to the local’s ways of life, there are number of tourist attractions in the area including; Monkey Island and Amacayacú National Park.