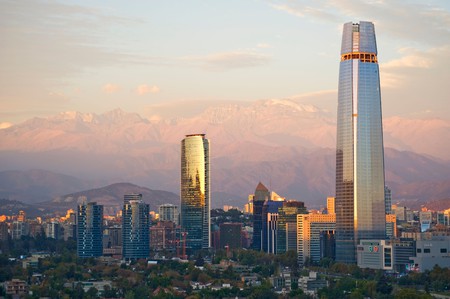 Trap and urban are gaining momentum across Latin America and beyond, and Chile has a host of rising artists who are now shaping the global scene.

Chile’s music scene is shifting fast, from indie bands and folk stars to a soundscape charged with raw urban power. These artists are rising rapidly; they are already a part of the Chilean mainstream, and now they are making waves internationally. Here are five artists you need to know.

There is no one quite like Tomasa Del Real, whose distinctive, mind-numbing fiesta numbers have been gaining global traction. Signed to the epic National Records, the Chilean neoperreo artist defined her own genre, a sub-branch of reggaeton that is highly influential in trap circles. She describes her music as ‘freaky’, and she’s taking the underground scene from desert-city Antofagasta to some of Chile’s biggest stages, and even has an appearance at Coachella on her CV.

DrefQuila, AKA Claudio Montaño, climbed the ranks of Latin trap with a bold furore. Rising to fame by slaying his competitors with his freestyle verses at the Red Bull Rap competitions, the young artist (born in 1997) is now signed to Warner, with videos that boast millions of views on YouTube. He speaks of trap as a genre without limits, ready to keep evolving, and he wants to take it to the mainstream. Montaño distances himself from macho-style lyrics, incorporating a variety of different styles and themes into his music.

Exploding on the scene with her viral music video for her debut ‘My Only One’, the rise to fame of this trapera was credited to her haters as much as to her fans. In the video, she sports the jersey of her favourite football team, Colo-Colo, leading to a lot of backlash from fans of rival clubs. A lot of the trolls targeted her looks and her body, which led her to address such insults in interviews and songs, claiming that her main fight is against female stereotypes around body image. In April 2018, she played the feminist festival Ruidosa, singing against a backdrop with a projection of the insulting tweets, sending out a bold challenge to her trolls while gaining a lot of support from her fans.

With minimalist, classic trap beats emphasising the weight of his lyricism, PVBLO Chill-E uses his music to discuss the social injustice prevalent locally and in all classist societies. In songs such as ‘Facts’, he bluntly addresses inequalities, from Mapuche discrimination to the hypocrisy of the wealthy. Hailed as a boy wonder, with two EPs already released, PBVLO Chill-E is an artist rapidly rising in the Latin trap scene, with his songs soundtracking the urban struggle.

Dubbed ‘the prince of Chilean trap’, Gianluca is no longer an up-and-coming artist; he has already made it, putting trap firmly on the scene of the Chilean underground. He’s been playing stages all around the country, converting audiences nationwide into trap fanatics. He is breaking out of the confines of his genre through collaborations with the likes of Chilean artist Gepe and electro outfit Rubio. His early hits, such as ‘Siempre Triste’, deal playfully with self-pity and lament. Yet his latest release, ‘Sismo’, shows a darker side, revealing that this young artist is pushing the borders of his genre.