A Tour of Santiago's Architectural Landmarks 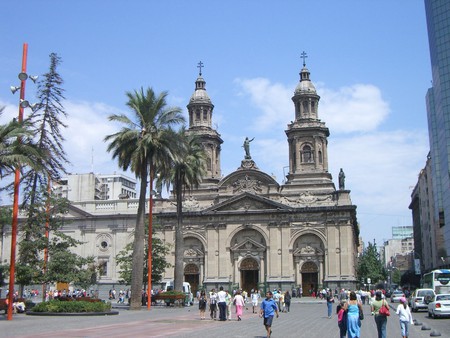 Take a stroll around the centre of Santiago and admire these imposing architectural landmarks. From the grandiose Presidential Palace, where you can watch the changing of the guards, to the impressive Central Train Station and the tranquil Bahia Temple, which boasts panoramic views over the city, these are the best buildings to seek out in Chile’s capital city.

Santiago’s one and only railway station is on Avenida Libertador General Bernardo O’Higgins, the main artery of the city. The building was designed by Gustave Eiffel in 1897, with a large metallic structure next to its classy creme facade. In 1983, it was declared a National Monument. 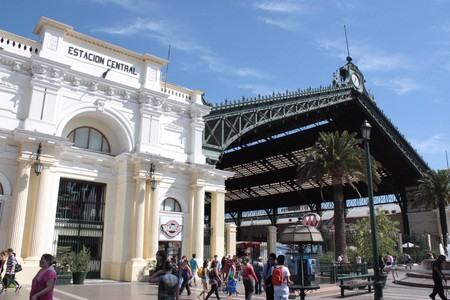 This building is the Santiago Stock Exchange, dominant in its facade as well as its position as the third-largest stock exchange in Latin America, after Brazil and Mexico. Founded in 1893, and designed by Emile Jécquier, this is a beautiful piece of architecture, reminiscent of the French Renaissance style, and was also built to withstand forceful earthquakes.

You can’t miss the Costanera centre, also know as the Gran Torre Santiago, towering above all the large skyscrapers in Santiago’s city centre. This monumental piece of architecture rises up like a glass pyramid to an outstanding height of 300 metres (985 feet), and has 64 stories, which makes it the tallest building in Latin America. Hosting the largest shopping centre in Latin America, tourists and Chileans alike flock here to find international clothing brands such as Zara, H&M and Topshop. In addition, it really is magnificent to watch the sun set from the 360° bird’s-eye view from Sky Costanera, the observation deck at the top. 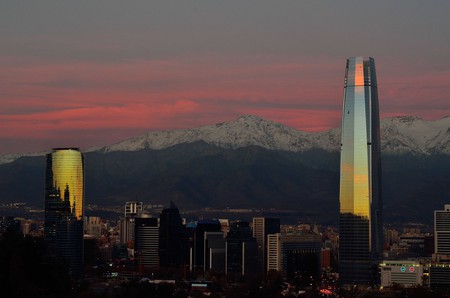 Nestled among the Andes, this peaceful retreat is the perfect place to worship, or even just to visit and admire its quirky architecture. The Bahá’í temple was completed in late 2002 and is the most modern piece of architecture included in this tour. The octagonal temple is filled with natural light, while the surrounding gardens are the perfect place to reflect. 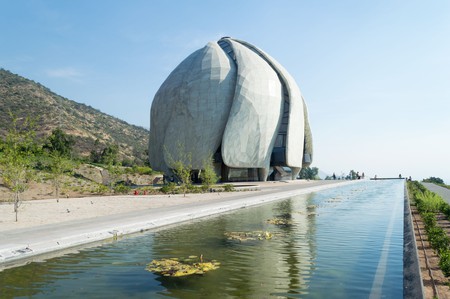 This, with its stunning whitewashed walls and air of regality, absolutely must be on your list of places to visit in Santiago. Although it is known as The Palace of La Moneda, it was only used as a government house between 1846 and 1958. After that, in 1965, it became a National Monument; you can still take a tour around it today. Underneath the palace you will find the La Moneda Cultural Centre, which exhibits wonderful international art. 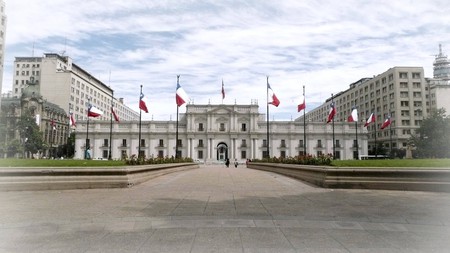 Santiago’s main square, the Plaza de Armas, boasts a number of historic buildings, which include the neoclassical Catedral Metropolitana de Santiago (Metropolitan Cathedral of Santiago) that dates back to 1748, the Palacio de la Real Audiencia de Santiago (Royal Court House) that served as the home for the royal courts of justice, and the Correo Central (Central Post Office), which is supposed to be on the same plot where the famous conquistador Pedro de Valdivia built his house. Try not to get too distracted while gazing at the architecture, as the area is rich with pickpockets. 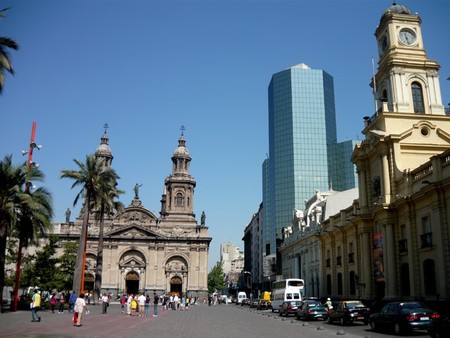 Chile’s National Museum of Fine Arts is one of the principal hubs for fine art in the whole of South America. Not only is it one of the best, but also one of the oldest, as it was established back in 1880. It was designed by Emile Jéquier in a classic Beaux-Arts style. It is located just off Parque Forestal, from where you can see it in all its splendour; behind it is the Museum of Contemporary Art. 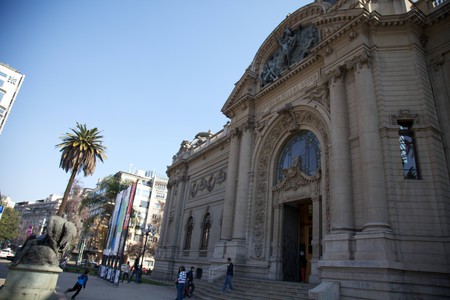