11 Things to See and Do in Lastarria 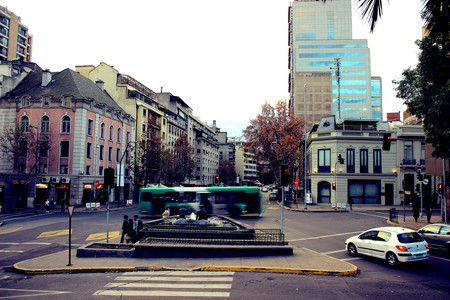 As one of Santiago’s most cultural neighbourhoods, Lastarria is always a hive of activity; gypsy bands and hang drum buskers perform next to painters and street vendors, and festivals often take place throughout the streets. You’ll also find terrace restaurants and drinking dens hidden away inside gothic buildings and rococo style balconies – the area still retains a bohemian, free thinking air. Here are 11 things to consider exploring in this part of the city.

Watch a film at El Biógrafo

El Biógrafo is an independent theatre where you can catch American and European films. The intimate setting offers a great venue where you can catch films, all subtitled in Spanish. It generally has two films on rotation at any one time, with a showing at 3.30PM and 7.30PM. The cinema also has a great roof terrace, home to a bar serving international food and pisco-based drinks promotions. 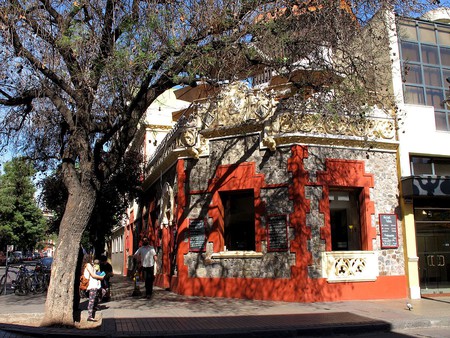 With a selection of over four hundred Chilean wines, Bocanáriz wine bar can often be found at the top of any of the city’s ‘Best Wine Bar’ lists. With its chic interior and welcoming staff, true wine enthusiasts will feel right at home here. From here you can go on to visit one of the independent galleries on the nearby Calle Merced.

Plop! Gallery is Chile’s only space exclusively dedicated to illustration, cartoon and graphic design. Its aim is to increase the profile of Chilean and international artists alike by offering free exhibitions. Also be sure to check out the Ekho Gallery next door, a fantastic fine arts photography gallery.

Have an ice cream at Emporio La Rosa

Emporio La Rosa is a Lastarria institution. The homemade dishes served here are great, but most customers are interested in only one thing – the ice cream. No visit to the neighbourhood would be complete without patiently waiting in line here, ready to choose your treat. From the silky chocolate amargo (bitter chocolate) to the sharp frutas del bosque (forest fruits), Rosas has it all. Pick up a cone before heading over to Parquet Forestal for a sunset walk. 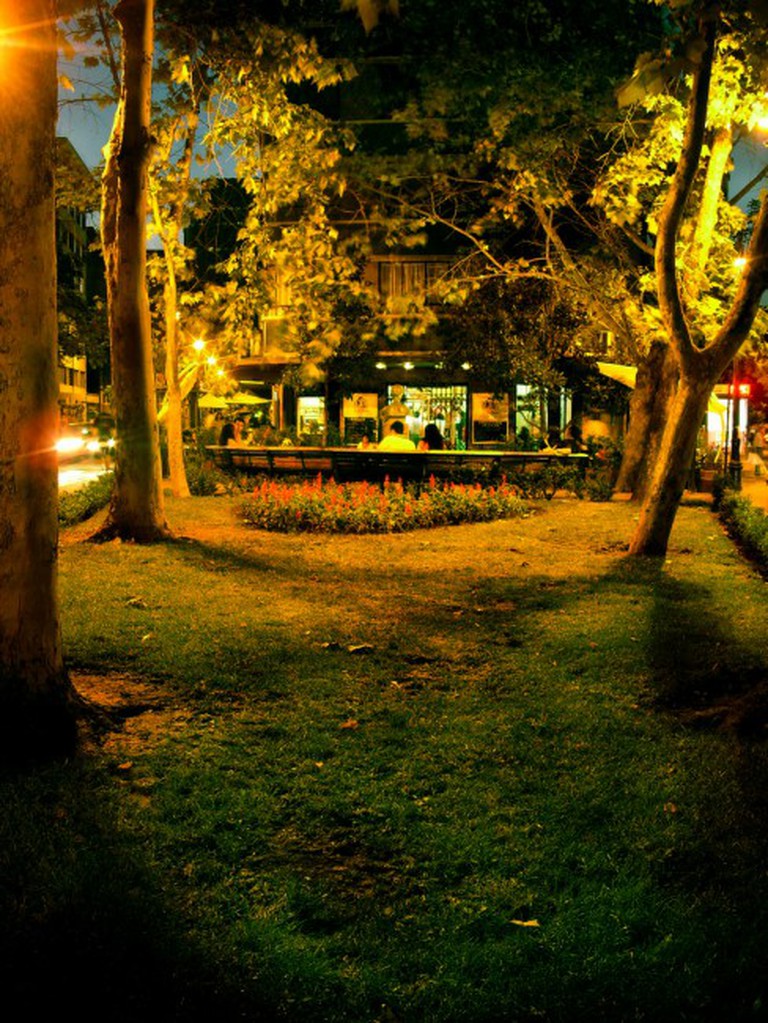 Take a trip to the cultural Centres

The Centro Gabriela Mistral, or ‘GAM’, is the place to go if you want to catch a play, dance show or concert. Just a short walk away you can also find Centro Arte Alameda. Along with a cinema and art gallery, the centre’s second floor is home to ‘The Living’ – a platform bands both up-and-coming and established to showcase their talents on Thursday, Friday and Saturday evenings. 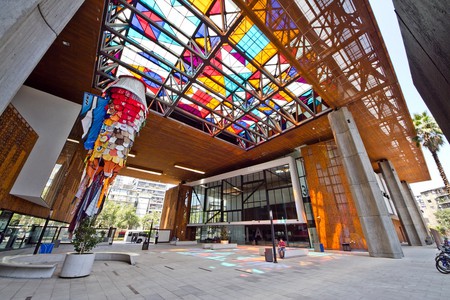 Have dinner at Les Assassins

Les Assassins is Lastarria’s oldest restaurant. In 1965, the owner of this French bistro was inspired to set it up after frequenting Aux Assassin, a restaurant in the heart of Paris. Specialties include tuna meunière, steak au poivre and sole in a crab sauce. The rustic interiors and Parisian music make for a truly special atmosphere.

Recently redeveloped, this plaza, named after the famous Peruvian portraitist, houses the Museum of Visual Arts, home to an impressive collection of work by Chilean contemporary artists. The Archaeological Museum of Santiago can also be found here, and boasts numerous artefacts from ancient Chilean cultures. There’s also a museum café with an outdoor terrace.

One of the capital’s most romantic locations, Cerro Santa Lucia is filled with cobbled narrow paths and staircases. Head to the monumental Neptune fountain and up through one of the trails that lead into the terraced gardens. Continuing up further still, you’ll reach the remains of a Spanish fort, the turret embedded in the rock. From here you can view the phenomenal cordillera and the city metropolis below. 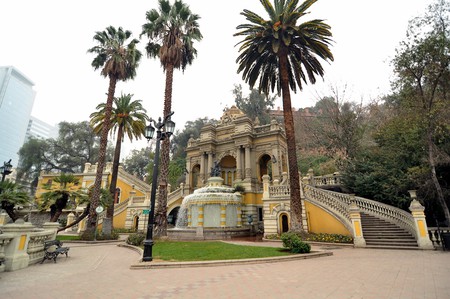 Do some shopping at the weekend feria

Thursday through to Saturday sees the top end of Calle José Victorino taken over by the weekly antique and book fair. Rummage through dusty piles of novels in the hope of securing an illusive piece of English literature. You will also find sellers offering handicrafts, jewellery and second hand clothing.

Have a look at Iglesia de la Vera Cruz

The neighbourhood of Lastarria arose from the construction of the Vera Cruz church, built between 1852 and 1857 in the supposed plot where Pedro de Valdivia, Chile’s first royal governor, lived. The maroon coloured neoclassical church is said to have been built as a sign of friendship between Chile and Spain, to dignify and perpetuate the memory of the city’s founder. The 17th-century crucifix inside was donated by King Charles V. 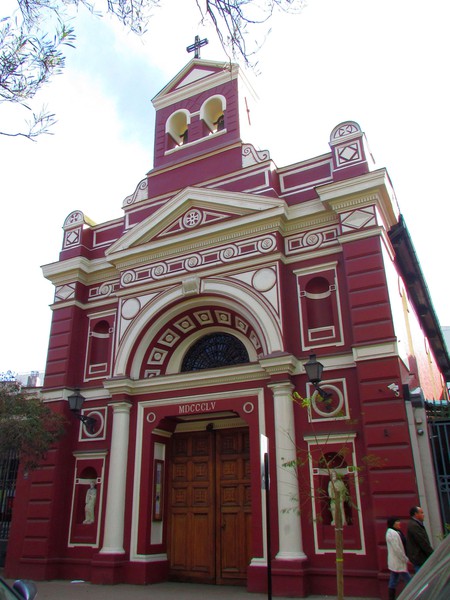 A brisk walk down Calle Rosal would probably mean walking straight past the entrance to the whimsical Wonderland Café. Its quirky interior, brightly coloured macaroons and kitsch teapots are reminiscent of the Mad Hatter’s tea party in Alice in Wonderland. It even does brunch at the weekends. Another place tucked away just off Padre Luis de Valdivia Berlin is Café Berlin, which also offers good coffee in a bright modern interior. Calle Rosal is also home to a tiny cul de sac which happens to be one of the most popular meeting points in the area. The hidden Escondido Cafe (aptly named as escondido means hidden in Spanish) can be found here along with a cluster of other small bars and restaurants.