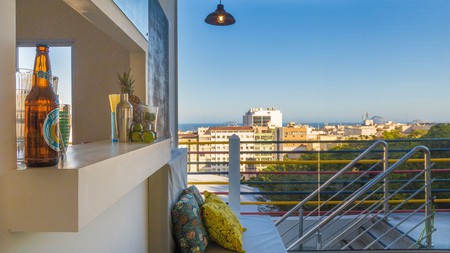 Enjoy city views from the rooftop of the Aqualera do Leme hotel, Rio de Janeiro | Courtesy of Aqualera do leme / Expedia

For all its glitz and glamour, a trip to Rio de Janeiro needn’t break the bank. You can still laze on Brazilian beaches, kick back in buzzing bars and visit the towering Christ the Redeemer statue while sticking to a budget. Here’s our pick of the cheapest hotels in Rio for the cost-conscious traveller to stay in, bookable with Culture Trip. 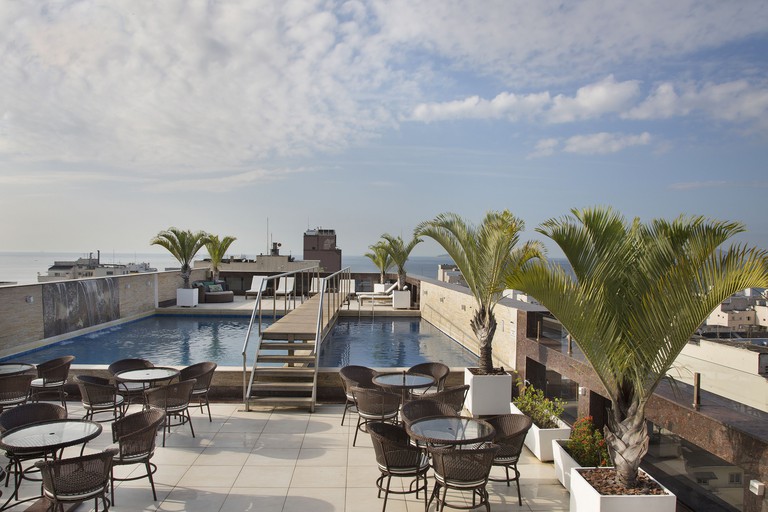 Courtesy of Royal Rio Palace Hotel / Expedia
Royal Rio Palace Hotel offers a lavish base at an affordable price. Set two streets back from the Copacabana beachfront, you’re in the heart of Rio’s devil-may-care action. The pared-back rooms feature striped cushions and bedspreads, giving a laid-back, beach-house feel. The lounge terrace, strung with wall-hanging plants, belies the hotel’s budget pricing and is an ideal spot for admiring the city’s superlative views while sinking a caipirinha.

Courtesy of Hotel Astoria Palace / Expedia
Another pleasing Copacabana stay is the Hotel Astoria Palace, just steps away from the beach. Its 115 rooms are airy and comfortable, so you can enjoy some respite after soaking up the sun. Before heading out, indulge in some wellness time at the hotel’s small rooftop pool or steam room, then hit Copacabana’s vibrant bars and restaurants with a rendition of the Barry Manilow hit Copacabana. 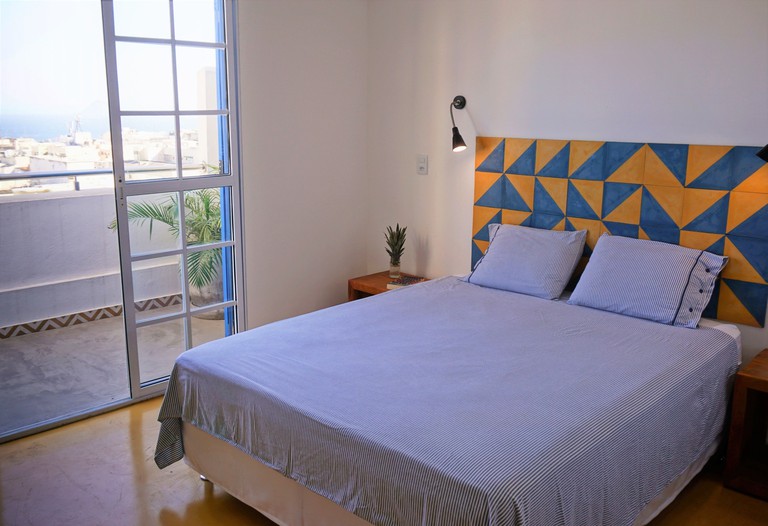 Courtesy of Aquarela do Leme / Expedia
Nestled between Babilônia hill in tranquil Leme and the Copacabana beach is the colourful yet calming Aquarela do Leme. From family suites adorned with vivid tiles to minimalist dorms (mixed or female-only), there’s something for everyone. Every room also has a balcony overlooking the city, jungle or ocean where you can plan your adventures. Breakfast includes fresh coffee, organic teas, homemade bread and yogurt and fresh fruits. 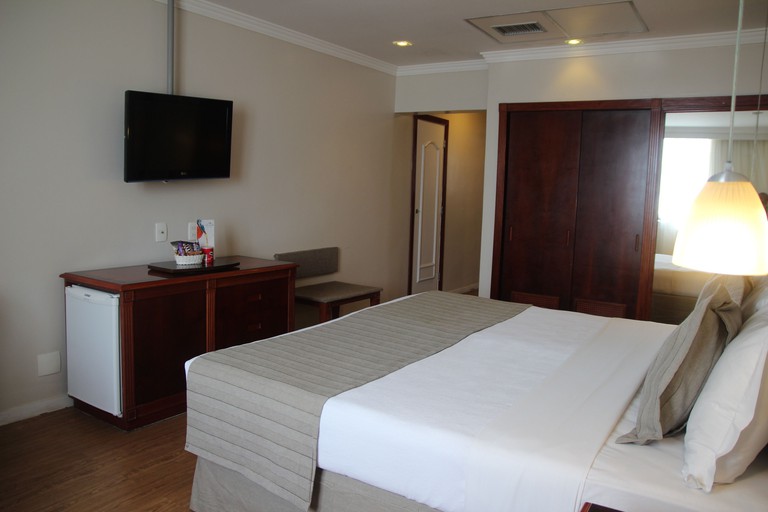 Courtesy of Olinda Rio Hotel / Expedia
Olinda Rio Hotel is located just in front of Copacabana beach so is ideal if you’re planning to enjoy Rio’s beaches, Botanical Garden and Christ the Redeemer statue. The rooms are homely and the European-inspired, marble-floored Restaurant Venezia offers Brazilian and French cuisine if you’re looking for some fine dining at a reasonable price. 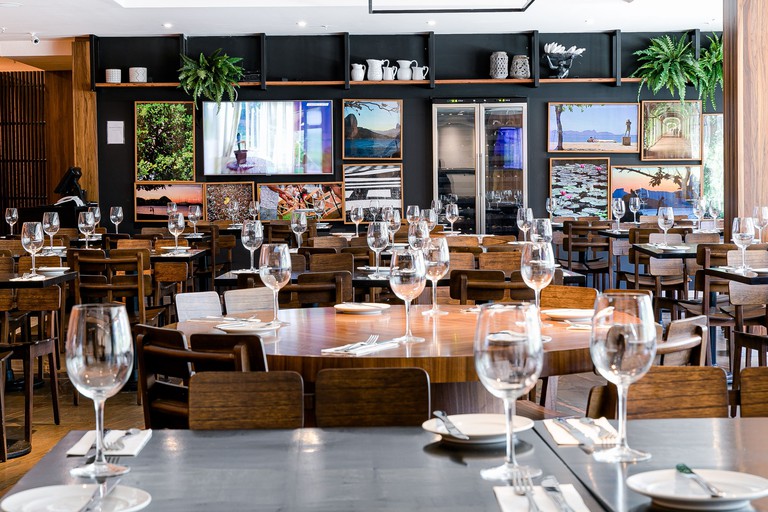 Courtesy of Arena Ipanema Hotel / Expedia
This hotel is situated between Copacabana and Ipanema and next door to the Pedra do Arpoador peninsula, one of the best spots in Rio to watch the amazing sunsets. With quirky murals at the reception and ornate bedspreads in each of the 136 rooms, Arena Ipanema Hotel exudes Carioca (Rio) energy. Enjoy a caipirinha-making class with one of the mixologists or simply relax at the rooftop pool and sample cocktails instead. 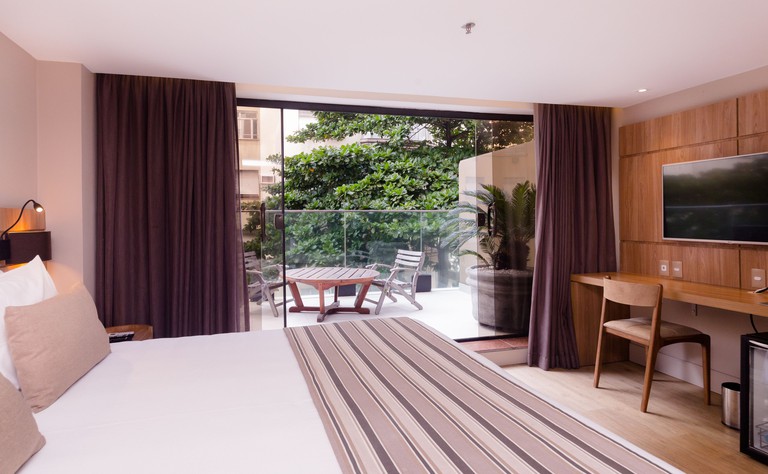 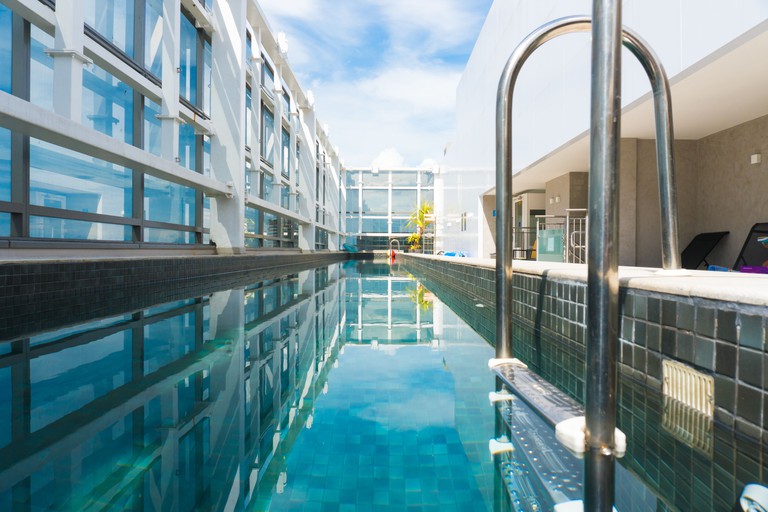 Courtesy of Novotel Rj Porto Atlantico / Expedia
The Novotel Rj Porto Atlantico is a short walk from Guanabara Bay, Rio’s impressive harbour, known as one of the seven natural wonders of the world. It’s an ideal location for strolling along the city’s northern coastline and watching the comings and goings of boats and yachts in the port. The bright rooms have crisp sheets and luxurious fabric headboards and there’s a pool and fitness suite for the energetic. 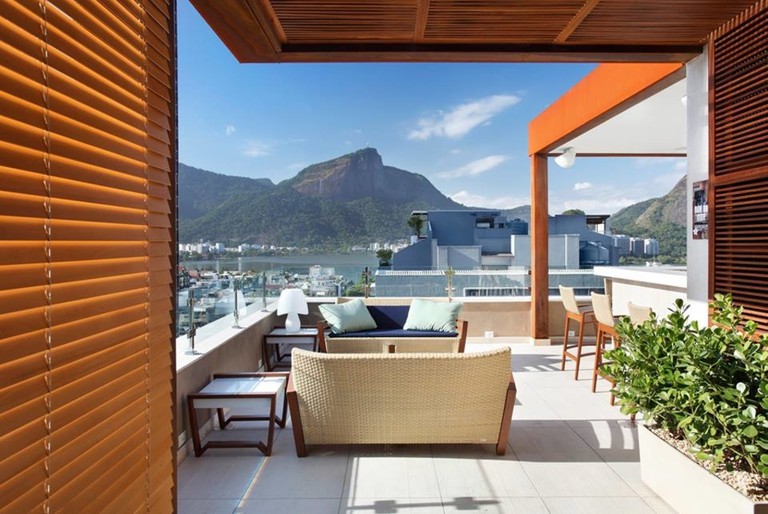 Courtesy of Mar Ipanema Hotel / Expedia
This hotel is situated in the heart of the swanky Ipanema neighbourhood, a few minutes from Ipanema beach, serene Rodrigo de Freitas lagoon and the lavish Shopping Leblon mall. Photographs of Rio de Janeiro are dotted around the understated interior there are tents, towels and chairs for use on neighbouring Ipanema beach. 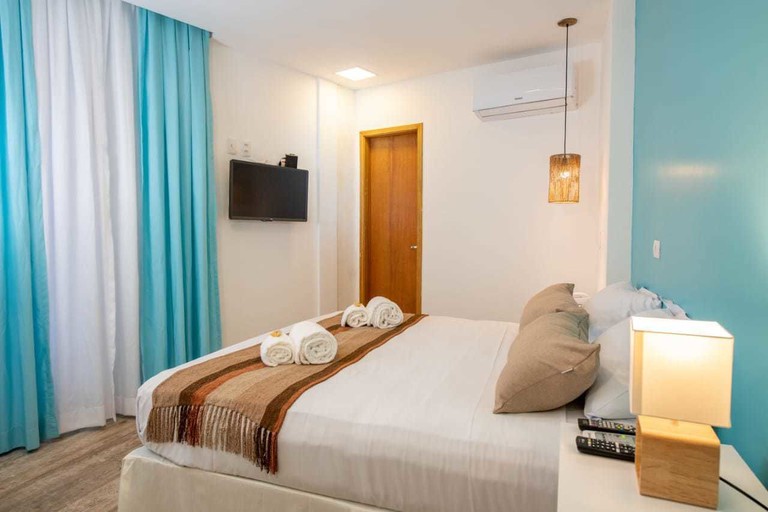 Courtesy of Brazilodge Leblon / Expedia
The conviviality of a hostel and the thoughtful touches of a boutique hotel – that’s what you get at budget-friendly Brazilodge Leblon. Comfortable and colourful dormitories come in all sizes, so whether you’re a solo traveller, family or a group, there’s a space to suit. Brazilodge is set in the charming area of Leblon, minutes from Leblon beach and two lookout points – Mirador de Leblon and Parque do Penhasco. The bars and restaurants on Modern Avenida Dias Ferreira are just around the corner. Check out risqué Stuzzi gastrobar and Venga tapas bar. 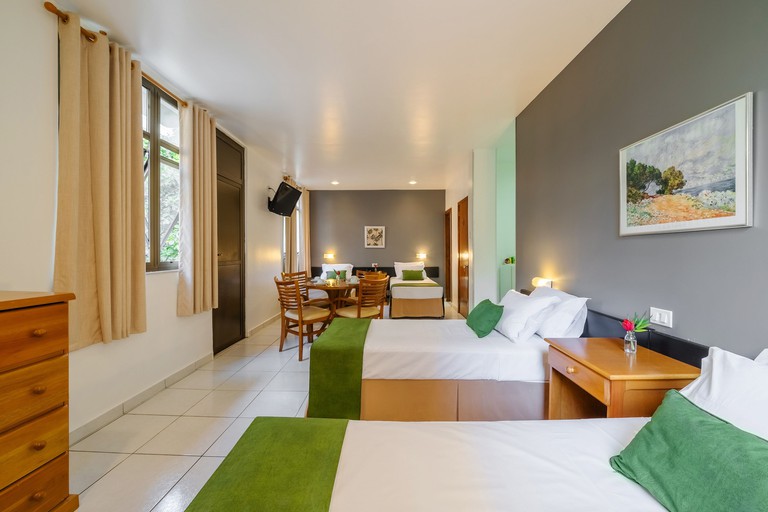 Courtesy of Apa Hotel / Expedia
Set a couple of blocks from must-see Copacabana beach, Apa Hotel is an ideal base for exploring the city and its natural surroundings – from the beachfront to the Lagoa lakeshore and tangled Tijuca forest. The neutral-palette rooms, which are punctuated with pops of Carioca orange, blue and green, have soundproof windows which will block noise from the Copacabana nightlife outside. A breakfast of fresh fruit, coffee, pastries and cakes will fuel you for a day’s exploring.

This is an updated version of an article originally written by Sarah Brown.

If you’re heading to Rio de Janeiro for carnival, you’ll want to check out these hostels and cheap hotels. Traveling through Brazil? Discover our guide to the best boutique hotels in Paraty and book now on Culture Trip.