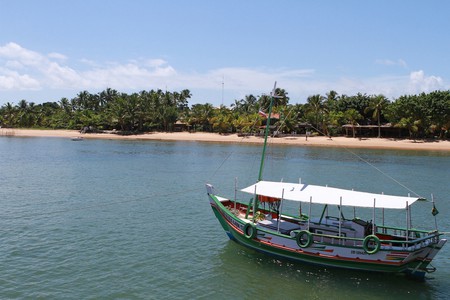 Set sail on a day trip I © Turismo Bahia/Flickr

The coastal spot of Barra Grande in Brazil is a holiday-maker’s dream – it is miles, literary and metaphorically, from the fast pace of urban life. Using the town as a base means discovering the peninsula’s natural wonders, exotic wildlife and rare moments of total peace. Check out these best day trips from Barra Grande.

Just to the south of Barra Grande on the sea side of the peninsula is a 7km (4.3 mile)-long beach called Taipu de Fora. It is surrounded by a coral reef, so when the tide goes out pale sapphire-blue natural swimming pools of calm, warm water form. Hire a snorkel and paddle around after the tropical fish or bask on the beach, which has a few restaurants and barracas to order from. 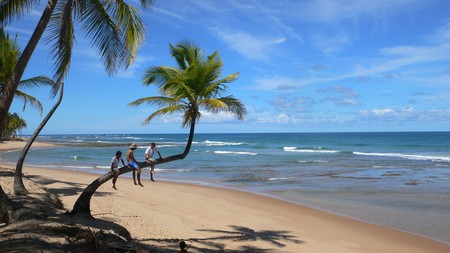 The Blue Lagoon, a little further south from Taipus, is a large, long freshwater lake of inky blue. It has a few sandy ‘beaches’ around its edge which are good to get in from, and as the water has a high concentration of lanolin, a dip here is very effective at softening skin. Morro de Farol (Lighthouse Hill) is nearby – from here you get a sweeping view of the area from its highest point. 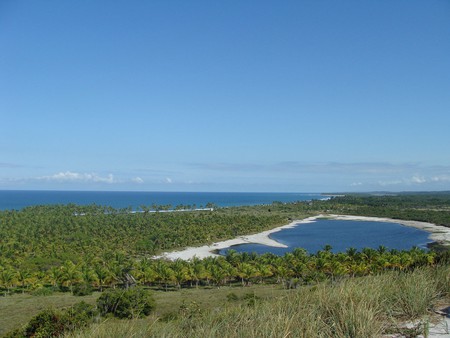 Rent a speed boat to explore the Baía de Camamu or, in the high season (December to March), take one of the schooner trips that leave the town daily to go around the islands. Pedra Furada, an arch of rock hollowed out of the cliff by erosion, is a popular stop about half an hour across the bay. Most of the boat trips also dock at the Ilha do Sapinho for lunch. The restaurants will serve you a hearty meal of Brazilian fare, like freshly caught fish or crab, grilled meat and sides of beans and vegetables, with a chilled beer or a caipirinha. 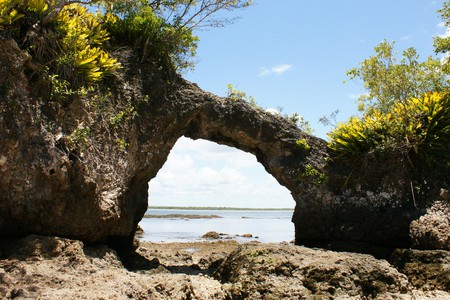 If you don’t take a trip to the islands, it is worth getting a speed boat to take you to the Tremembé waterfalls. The drivers are very nifty at manoeuvring their boats right underneath the frothing curtain of waterfall spraying and delighting everyone on board, making for excellent photos. Be sure to get off and visit the bar on land too – just a wooden shack in the woods, it serves tasty homemade cachaça.

One day, hire a quadbike and bomb down the sandy coast path all the way to Praia de Algodões. It is one of Bahia’s most beautiful stretches of beach and though there isn’t much ‘organised fun’ there, it doesn’t take long to settle into the rhythm: go for a walk, stare out to sea and watch the odd fisherman haul in his catch. For lunch head to either Lá em Casa or Bar do Raúl on Praia da Saquaíra for simple, local homemade dishes, and check to see if anything it happening at Tikal. The beachside bar is a party spot in the high season.

As Barra Grande is on the bay side of the Maraú peninsula, the waters of its beach are calm and quiet. They are ideal for stand-up paddle-boarding and kayaking, as well as for bathing in. A lighthouse on the site of former Portuguese fort at the north end of the beach marks the entrance to the bay and is one of the best places in Brazil to watch the sun set as it faces west.

Boipeba is a wild and relatively untouched island just north of Barra Grande. There are no cars on the island so inhabitants rely on donkeys and tractors which makes it all the more charming. Go by fast boat through the mangrove swamps and rivers, which takes about half an hour and enjoy the day on Boipeba. Anchor for lunch in either Velha Boipeba or Moreré and be sure to go to one of the floating bars on your way home.