City on a Plate: Exploring Rio With the Chef Who Pairs Brazilian Flair With Japanese Care 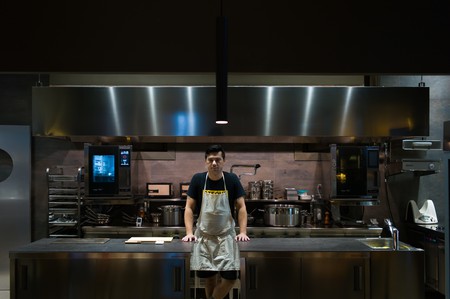 Culture Trip talks to the world’s most talented chefs about the cities that inspire them and the sights, smells and sensations that drive their approach to food. Alberto Landgraf is the blossoming wunderkind lighting up Rio de Janeiro with his intricate but distinctly unpretentious cuisine, drawing upon the influences of his Brazilian and Japanese heritage. 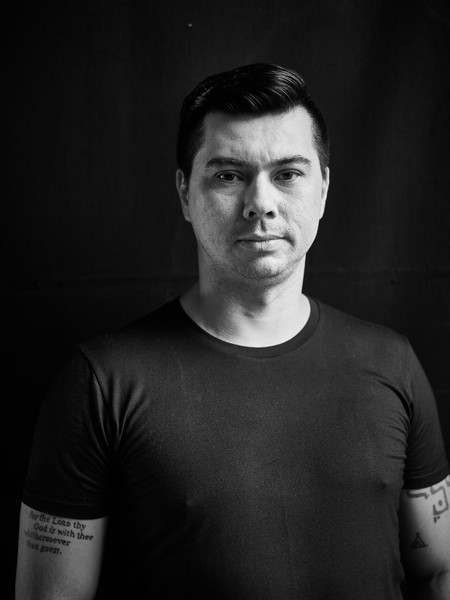 Alberto Landgraf is a chef who swims against the stream. Where other restaurants labour over constructing a narrative through their menus, evoking this and that, building some complicated concept over 16 courses to earn their plaudits and validation, Landgraf just cooks. That’s not to say that his food is basic or simple, in fact, it’s as intricate and technical as anything you could find. But his dishes arrive without making some grand statement; instead, they’re just intended to be beautiful and delicious. You’d think that would be a more common pursuit in cooking, but the fact that it isn’t only serves to underline the brilliance of Landgraf and his restaurant, Oteque.

This precise mode of thought is Landgraf all over. A former physics student trained in the kitchens of Gordon Ramsay and Tom Aikens, Landgraf is somewhat of a polymath, capable of chatting to you about everything from Andre Agassi to Martin Heidegger, from sustainability to music theory. Brazilian-born, but part-Japanese on his mother’s side, Landgraf centres his cuisine on having access to the very best of Brazilian produce, treating ingredients with a care and respect that’s not dissimilar to the kaiseki and omakase masters of Tokyo. 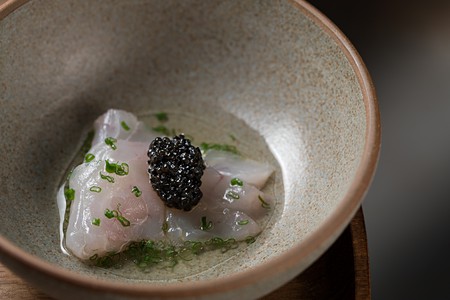 His plates are so striking that they’ve even been the subject of academic study; the leading food aesthetics researcher and Netflix Final Table participant Charles Michel was so taken with one of Landgraf’s dishes (red onions, tapioca and fermented cream) that he surveyed 12,000 people in the London Science Museum to determine at which angle it looked most appealing. (The answer, if you’re interested, was 3.20 degrees clockwise).

Free of gimmicks, the food at Oteque manages to tell Landgraf’s story subtly and simply. There are touches here and there that point towards Brazil, Japan, England, Spain, Denmark – anywhere he has picked up a taste or technique. Culture Trip speaks to Landgraf about his philosophy, his inspirations, and his beloved city, Rio de Janeiro. 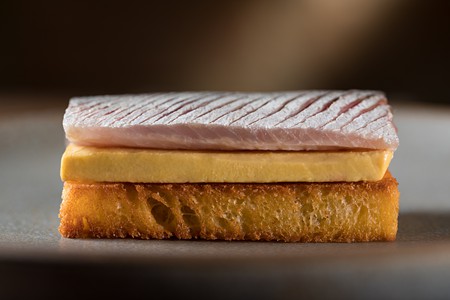 Landgraf’s food is distinctively gimmick-free, and yet still compelling | | Courtesy of Oteque

I’m Alberto Landgraf, from the restaurant Oteque in the heart of Botafogo in Rio de Janeiro. I cook with a simple purpose: to cook delicious food, and that’s it! My aim is to make unforgettable food. Food that people crave to eat again and again and again.

I will never forget my first dinner with the grillmasters at Asador Etxebarri in the Basque Country that’s for sure, but the meal that most transformed me was at the counter at Sushi Sawada in Tokyo, for the full omakase experience. The district it’s in, Ginza, is one of the most fascinating and inspiring places in the whole world for me. Genuinely, you can find anything in the world there, it’s incredible. But Sushi Sawada, which is a two-Michelin-star restaurant with only six seats, is close to perfect. I’d have my very last meal there, given the choice.

Our most traditional meal is rice and beans, and it’s true that I can’t find it anywhere at the quality we have it here. So in a sense, that’s our flavour, but that still isn’t quite right. What I’d say is our main flavour doesn’t come from food in itself, but instead the joy and happiness that pervades through Rio culture. Now that is something you can’t find anywhere else.

We are exactly as you’d expect, you know. We live for good weather and good times. We all dream of a beautiful sunny day on the beach, and we hate rainy days more than anything else. Sometimes stereotypes are true!

At Oteque, we work a lot with grilling seafood over charcoal, and that is what I’d say is Rio on a plate. Fresh, beautiful seafood and scorching charcoal are a match made in heaven, and we bring them together to unite the two things Brazilians love most. What can I say? We know our audience! 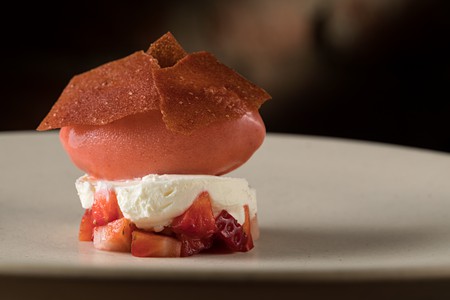 Oteque’s food stands out not just in Brazilian or Latin American cuisine, but on the world stage | | Courtesy of Oteque

Alberto Landgraf is the head chef of Oteque, a one-Michelin-star fine-dining restaurant in Rio de Janeiro, Brazil. Book a table, and keep up with him on Instagram.