A Guide to the Costumes of Rio Carnival 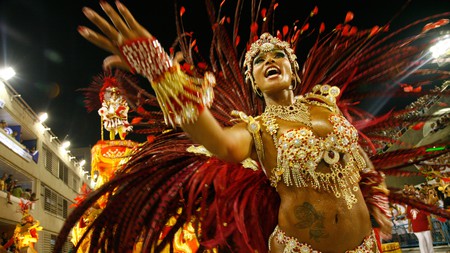 When it comes to unforgettable visual spectacles, the Rio Carnival is in a league of its own | © Yadid Levy / Alamy Stock Photo

When it comes to unforgettable visual spectacles, Brazil’s Rio Carnival is in a league of its own – the largest of its kind in the world, infecting South America with samba fever. And it wouldn’t be what it is without the ostentatious outfits. Here we take a look at how the carnival works, while exploring the significance of the costumes.

While there are casual street parades that take place right across Rio de Janeiro, from the parade along Ipanema Beach to Avenida Infante Dom Henrique, the official, professionally choreographed parades take place at the Sambadrome. Like a half-mile runway lined with five storey bleachers, it can hold 90,000 people, although tickets sell out faster than Glastonbury, so don’t hang about. The climax of the event takes place on Sunday and Monday when the best samba schools in the city compete, after months of preparation and painstaking practice, to be crowned the best samba school of the carnival. 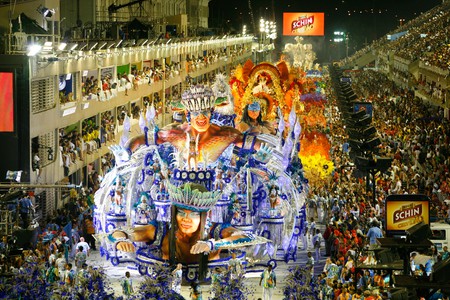 The costumes play a key role at these competitions. Each school chooses a theme, such as the origins and mystery of life, or celebrating 100 years of Japanese immigration to Brazil, which is brought to life through the outfits and choreography of the performers. It’s each school’s responsibility to design and produce the costumes, right down to each bead, sequin and feather being individually applied by hand. Despite the carnival’s raunchy reputation, nudity is a no-no, although the designs often push the boundaries of decency with carefully placed jewels and ruffles to spare any blushes.

The parade performance itself is divided into what are known as wings. Each wing represents a specific role or location within the parade and features a particular outfit.

The Ground Wing is made up of the dancers and musicians who participate on the ground, surrounding the float. Spectators can buy costumes and join in with this ground-level part of the parade, sashaying in from the sidelines as the rhythmic samba drums ramp up and the crowd goes wild.

The Float Wing is essentially the whole upper part of the floats, where dancers straddle the decorations and toss flowers to the crowd. Although they’ll be grinning from ear to ear, the samba schools take this section very seriously, as it’s the most visible part of the performance, and comes under intense scrutiny from the judges. Dances at this level require dedicated rehearsals, and the performers must know the songs and steps by heart. The costumes for this part of the parade are valued at around $900 to $10,000 each.

Street parties are all about dressing up as elaborately as possible, with no real rules of guidelines when it comes to the costumes – the choice of fancy dress is up to the partygoer. Popular outfits include risqué takes on police uniforms, as well as sailors and a surprising number of sexy pirates. You’ll also encounter a lot of neon colours, body glitter, face paint and other attention-grabbing accessories. 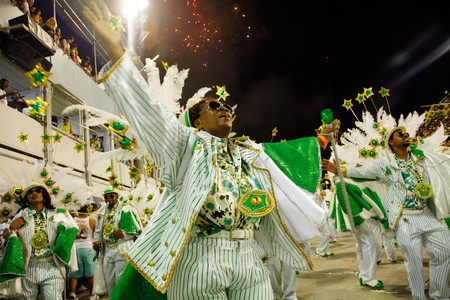