How to Spend 7 Days Island Hopping Around French Polynesia 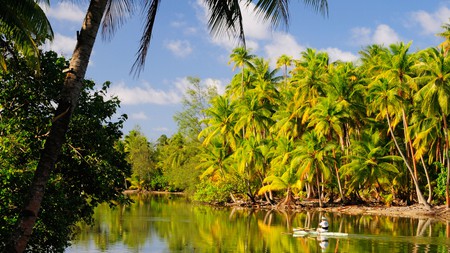 Whether you're inland or on the coast, it's easy to escape the crowds on the lush island of Huahine. | © Jochen Schlenker / robertharding / Alamy Stock Photo

French Polynesia comprises over 100 islands scattered across five archipelagos in the South Pacific Ocean: the Tuamotu, Marquesas, Gambier, Austral and Society Islands. It’s a sailing paradise, where warm trade winds blow across tropical atolls creating the ultimate island-hopping experience. From Raiatea and Bora Bora, to Moorea and Tahiti, here’s our suggested itinerary for exploring by boat.

Cruise around French Polynesia in style by booking a sailing vacation with Dream Yacht Charter.

Meet the boat on Raiatea island at Marina Uturoa. Once the religious centre of Polynesia, Raiatea earned the nickname “Sacred Isle”. It’s a moniker reaffirmed by numerous ancient temples that pepper its lush, mountainous terrain. Start your itinerary with an energetic hike up Mount Temehani to spot a tiare apetahi, Polynesia’s rare, endemic five-petalled white flower. From the marina, cruise the short distance to Motu Taoru lagoon and drop anchor for the night. The shallow anchorage provides protection from easterly winds. Enjoy dinner on board with views across the enclosed barrier reef, alive with shimmering reef fish. 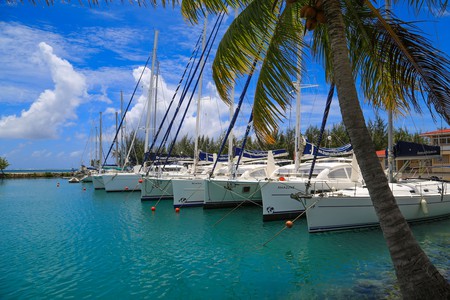 Enjoy a morning of blue water sailing as you make your way to Bora Bora. Divert your course northwest to stop off at Motu To’opua, a tiny islet that lies between Bora Bora and a dramatic coral reef. These waters are nicknamed the “valley of eagle rays”, where these flat, disk-shaped fish are often spotted in large groups. Bora Bora is a collection of islands, defined by the soaring peaks of Mount Pahia and Mount Otemanu at the centre. Moor the boat at Faanui anchorage, then head for Tā’ihi Point for incredible views. The more adventurous can arrange a dive to see lemon, reef or hammerhead sharks in action. Alternatively, ease into dinner plans at one of the many luxury waterfront hotels with the help of a rum punch. 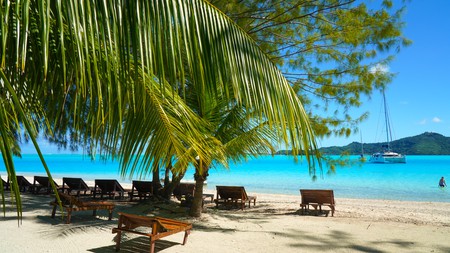 Today, set sail for Huahine, renowned for its verdant foliage and bright flowers. It holds archaeological significance in Polynesian culture, made evident by its 280 Polynesian settlements and structures dating back to 700CE. Drop anchor in the Bay of Maroe, then take the tender along the coast to Lake Fauna Nui. Dozens of ancient temples and structures can be found here, including a sacred Polynesian fish trap made with stones in the channel between the lake and the ocean. Locals from Faie Village regularly feed the hallowed blue-eyed eels in the lake. Works by local artists at Galerie Umatatea in Maeva are worth seeing, or saddle up and head to Fare town for shops and bars – horseback is the preferred way of getting around here. 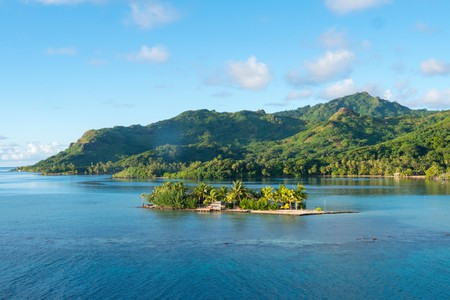 Cast off for Tetiaroa today, a necklace of islets circling a turquoise lagoon located 30 miles north of Tahiti. Once the holiday favourite of Tahitian royalty, it was later bought by Marlon Brando while filming Mutiny on the Bounty. After the actor’s death, the eco-centred Brando Resort opened in 2014. Drop anchor off of the island and take a tender to explore the lagoon, or head to shore to indulge in a traditional Polynesian massage at the resort’s Varua Te Ora spa. Come nightfall, drink in the sunset view at open-air Te Manu bar, before dining at the resort’s restaurant, Nami. Its Japanese dishes are cooked in front of guests on a teppan-yaki iron griddle. 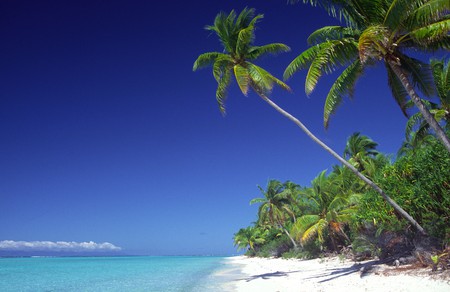 Enjoy a leisurely breakfast on board the boat this morning, while cruising the four-hour hop to the island of Moorea. Anchor in Cook’s Bay or Opunohu Bay on the north of the island; you’ll find great reef breaks for surfers here. It’s best to explore the island by jeep, though an ATV or scooter tour can be more fun. For something more active, the island’s volcanic centre has hiking trails, while Tiki Parc offers five treetop assault courses with high-line zip wires through the rainforest canopy. After lunch, take a tender to the Tiki Village Theatre, which sits on the western shore, to enjoy a traditional Polynesian beach welcome with dancers and festivities. 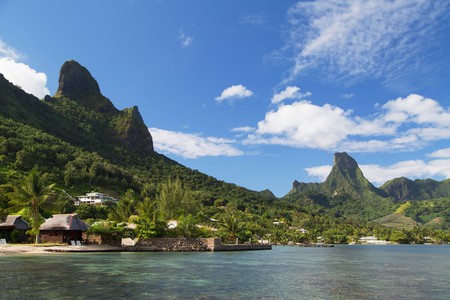 Spend time in nearby Papeete, the capital city of French Polynesia, located on the island of Tahiti. Berth the yacht at Marina Taina before exploring the city’s palm-lined streets on the northwest coast. Once a favourite port of call for whalers, today it’s a hub of culture and commerce. Golfers will enjoy teeing off on the Olivier Breaud Golf Course, while shoppers should head for Le Marche, which is packed to the rafters with local delicacies, including quintessential Tahitian woven bags. No visit is complete without a dive at the famed Aquarium, a large sandy basin on the west coast where you can swim with lionfish and angelfish, as well as explore two sunken schooners and a Cessna plane wreck. 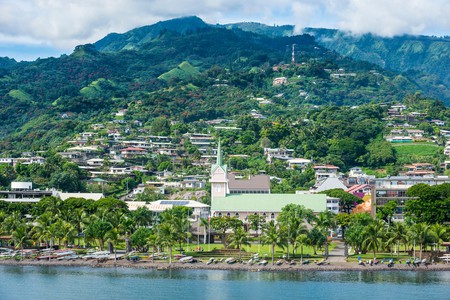 Before returning to Marina Uturoa today, hop across to the scented shores of its sister island Taha’a, which shares the same coral reef as Raiatea. Tahitian vanilla orchids grow in abundance here – the scent on the breeze is intoxicating. Enjoy a last snorkel in the shallow coral garden of Ha’amene Bay or go ashore to visit a black-pearl farm. The valuable Tahitian black pearl comes from the black-lipped oyster and carries a much higher price than its paler cousin. Before heading back to the boat, stop off at Mana’o Rum Distillery, listed among the top 50 in the world, for a tasty keepsake from exotic French Polynesia. 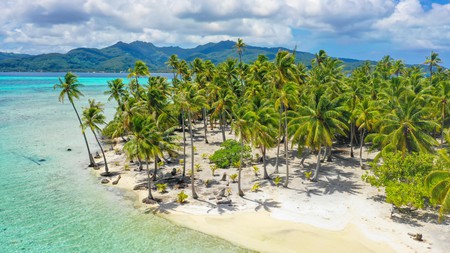 Discover the most secluded islands in French Polynesia by hiring a boat with Dream Yacht Charter – no experience necessary.